After two episodes so far this season that, contrary to my expectations or fears, took their time as the show had done for most of its run until recent years, ‘The Queen’s Justice’ was finally the episode where events started to pick up pace. Predominantly, it was just a case of cutting out anything but the necessary moments of interaction, and thus, Bran goes straight through Castle Black without a single scene, Jon immediately arrives at Dragonstone, and Euron sails right back to King’s Landing with Yara, Ellaria and Tyene as his ‘gifts’ in what was basically a Thrones version of the Spongebob ‘a few hours later’ timecards.

But all of that might well have been happening in slow motion compared to the two-and-a-half battles crammed into final 10 minutes or so of the episode. Grey Worm took Casterly Rock, as narrated Ocean’s Eleven-style by Tyrion, before seeing his fleet duly crushed by Euron’s armada, before the reveal of where the Lannister forces really were led to an immediately won battle to take Highgarden, finally leading to a concluding scene between Jaime and Olenna Tyrell. As a sequence, it was certainly thrilling, and in particular, that last exchange at Highgarden ranked among some of the best passages of dialogue Thrones has had, encapsulating both characters perfectly; Jaime’s self-aggrandising ‘mercy’ in securing a peaceful death for Olenna chiming with how he justifies his previous regicide, and her carefree admission that she was behind Joffrey’s murder.

In a sense, it’s practical to consolidate such events based on how they ultimately turned out: if the Rock is left largely undefended, it wouldn’t take long for the Unsullied to secure it, and similarly, Jaime was facing what must have been a token force left at Highgarden, with a full army at his back. But part of the impact and quality of Thrones has been its capacity to allow events to play out, even if it means playing them out exactly as they seem unavoidably likely to occur. Next week’s episode is a trim 50 minutes, and despite the production line that that is the ‘perfect length’ for it, perhaps with an extended battle sequence of its own somewhere, what harm would have been done in adding an extra 10 minutes at the start to allow these end sequences to play out in greater detail.

Apart from anything, the thrill of finally visiting two of the last great monuments that were hitherto unseen was somewhat dissipated by how brief those visits were, with each of Casterly Rock and Highgarden only afforded a single establishing shot, almost a static image, before action zoomed down to ground level. 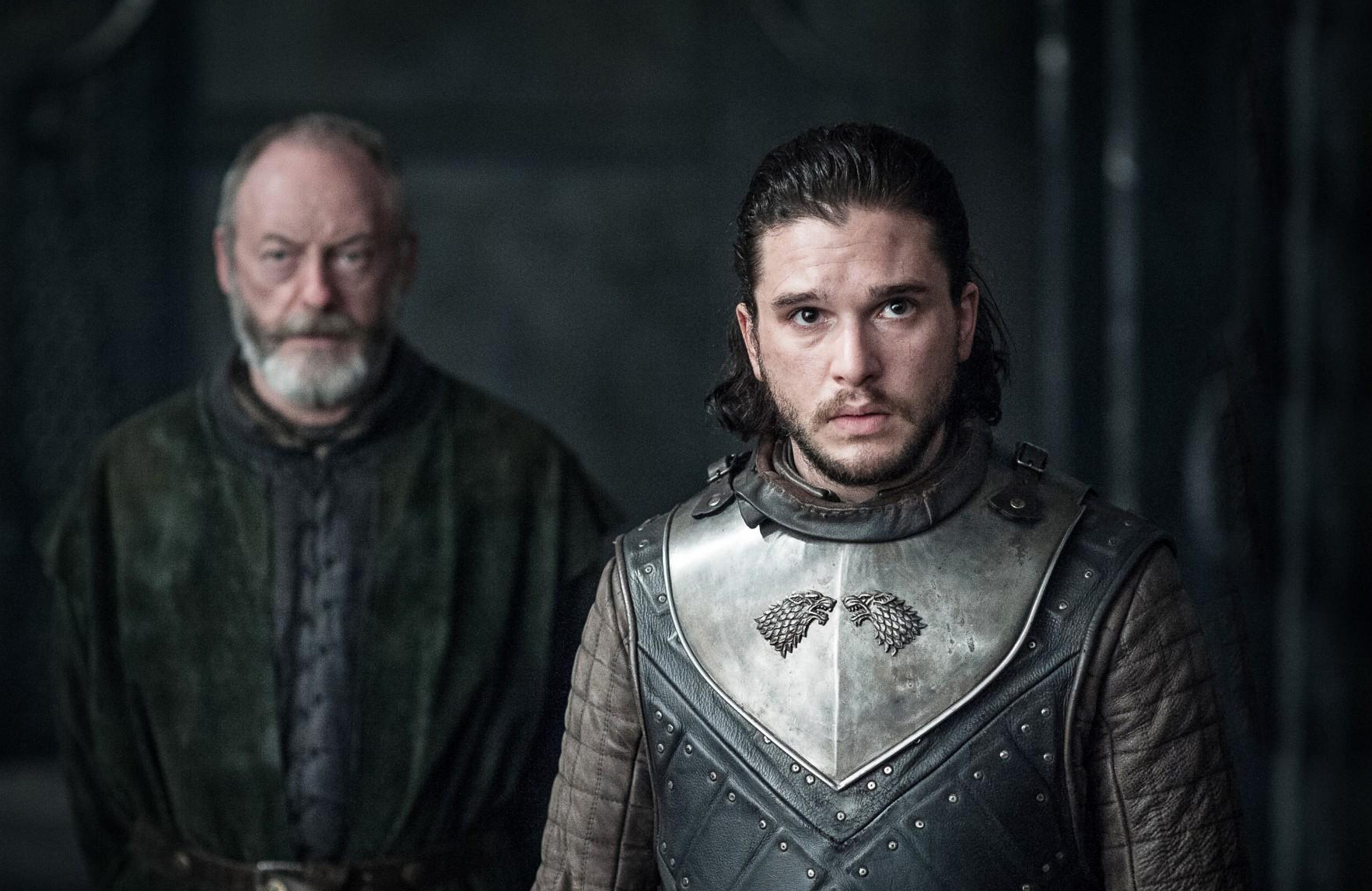 Still, in terms of momentous occasions, the sight of two buildings is one thing; the hugely anticipated meeting of Jon and Dany is quite another. The scenes they shared were refreshingly, and superbly, narrow-sighted. Any concept of flirtation, of an alliance through marriage, of Jon’s true heritage as Dany’s nephew, even of Jon’s reanimation by Melisandre, is for the future, and for the fans. The two characters instead remained logically tied to their own interests; Dany expected Jon to be there to bend the knee, oblivious to Tyrion’s sleight of hand to actually engineer the meeting, and Jon was just there because he needs allies and he needs Dragonglass.

It was interesting, as an aside, to see which he might value more. Without Dragonglass, the forces he already has are benign, but further forces to wield further Dragonglass could hardly have a negative impact. But it seemed in this episode as though neither allies nor Dragonglass was as important to him as belief, belief in the things we know he has seen. Stannis defeated the Wildlings, but then pivoted to attack Winterfell despite Jon’s pleas. The Lords of the North crowned Jon King, but because of the Battle of the Bastards, not because of the ‘Great War’. Yes, he wants and needs allies and weapons, and allies to wield weapons, but given the nature of the threat, he’s as concerned with the conviction behind such alliances. He takes what he’s given when Dany agrees to allow mining on Dragonstone, but even then, he has to ask, with hope in his voice, whether she now believes in what he says he has seen. Judging by her reaction, the answer is ‘not quite yet’.

There is no doubting Dany’s faith in herself, however, as one could tell from the conviction behind her speech to Jon. There is confidence in one’s abilities, and belief in Westerosi manifest destiny; Dany swings heavily towards the latter. The deification and theology surrounding Dany’s perception by her followers has been explored at great length on the show, from Jorah’s unwavering love, to the unsubtly colonialist ‘Mhysa’ cries at the end of season 3. But ‘The Queen’s Justice’ highlighted that Dany has bought into the myth of herself, taking the ‘prince (or princess) that was promised’ prophecy to heart. As she gets closer to the Iron Throne, it seems that her claim is becoming more and more conventional, more familiarly based upon the status of her family name, than on the actions she has made according to her given name. Indeed, suggesting that Jon should ‘honor’ the oath of their ancestors hardly sounds like ‘breaking the wheel’.

Jon and Dany may take the title of most anticipated meeting, having never met on the show, but having last seen each other in (AFAIK) the very first episode of the show, Bran and Sansa come close behind. I wish that I could say it was a sweet family reunion. Well, it was initially, but then Bran chose a particularly disturbing vision to use to prove his powers to Sansa. Actually, the idea that he chose such a vision is an intriguing one, reinforcing his questionable response to Edd in ‘Dragonstone’. There were easier, less ominous ways to prove to Edd that he was truly Jon’s brother, and there were easier, less creepy ways to prove his powers to Sansa. But putting the two together with his generally detached demeanour, it seems as though it is no longer a choice.

Like a word association test, he simply says the first relevant vision, with no regard for diplomacy or nuance or emotion. Which is solid character development, so long as it stays consistent, and he doesn’t suddenly become ‘himself’ again. Meanwhile, Sansa might be doing a good job of leading preparations, but she’s only halfway through her reunion ordeals; trying to get Bran to explain the ‘Three-Eyed Raven’ will soon be joined by trying to get Arya to explain how she can put on people’s faces. 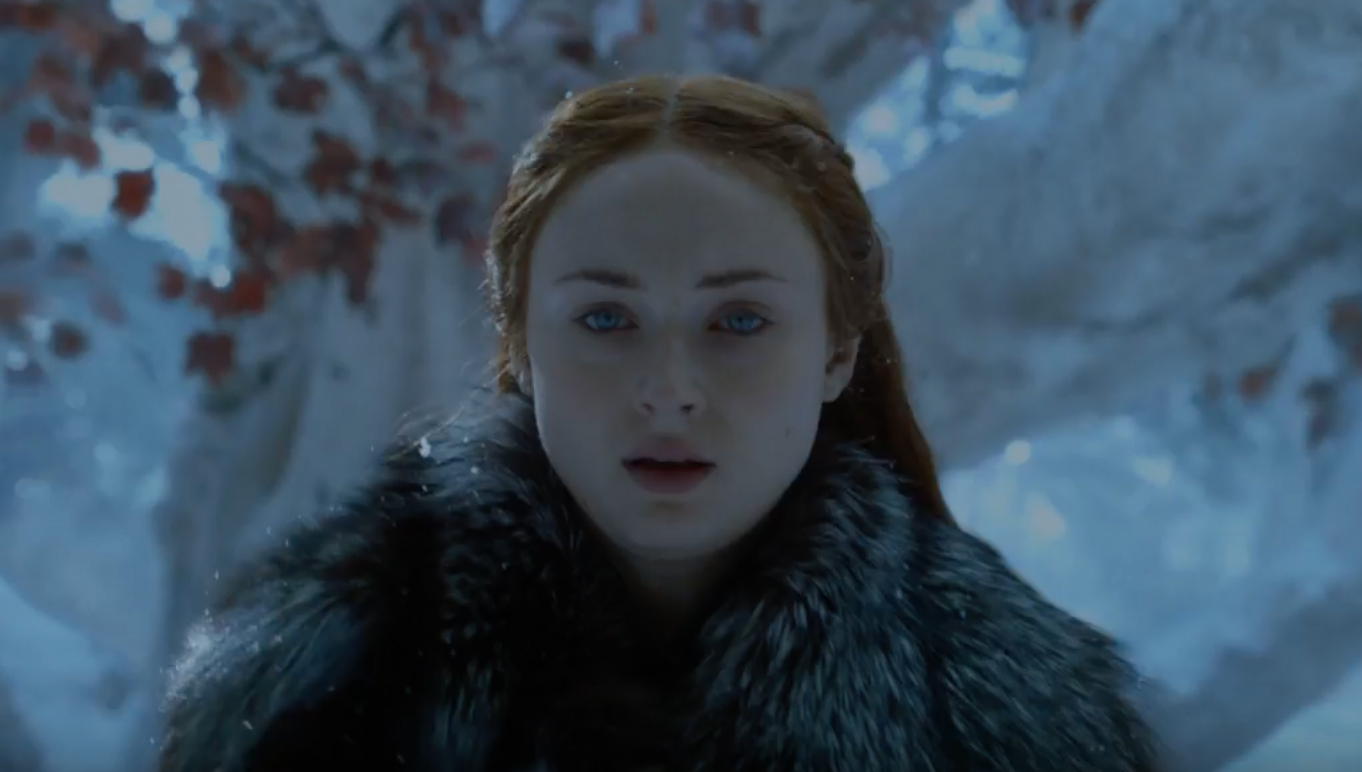 It seems, going back to the battles mentioned above, that the writers have made an effort to quite significantly chip away at Dany’s forces, steering her and Cersei towards a more even fight. Which could make sense, if it was done through actual tactical nous. But really, Cersei has succeeded so far essentially because she has scouts, and Dany doesn’t, it seems. Euron knows exactly where and when to first attack the Greyjoy and Martell fleet, and then knows to follow the Unsullied round the coast to attack them just as they land to take Casterly Rock, and Jaime manages to simply walk up and take Highgarden relatively unopposed. Yet no-one on Dany’s side knows anything; none of the naval forces see an enemy at extremely close proximity coming, and Varys’ powers of omniscience somehow don’t feed him news of Jaime pulling the troops from Casterly Rock and marching a large army to Highgarden, or of anything, really. Qyburn may have appropriated his ‘little birds’ in some places, but surely not in all places?

Similarly, in terms of narrative direction trumping narrative deliberation, Jorah is now healed, just like that. I’m not looking for an explanation of how Sam completed the procedure – if it goes unexplained, it can join Pod’s sexual prowess as a great mystery of the show. No, what confuses me is that either Jorah was given more than just a final day by the Archmaester, or he has some sort of Wolverine-like healing factor that explains how he’s left with just a few scratches and mild pain after having his skin debrided the night before. Perhaps the Greyscale has been cured, fine, but how on earth has he healed?

The former can just be put down to ‘magic’, but the latter again seems an indication of a desire to keeps thing going as quickly as possible, and thus to have him return to Dany as quickly as possible. Then again, is he healed? Sam’s readiness to shake Jorah’s hand seemed dangerously premature, even if the scene was played as showing Jorah’s happiness at being able to touch someone once more, and it would be a satisfying development if the explanation for how Sam managed a procedure that masters with ‘healing links failed’ was that… he didn’t. He only aesthetically, rather than medically, removed the Greyscale, and now Sam carries it too. I can hope.

On a last note, as ever the show does love its symbolism and echoes, and this episode was no exception. Poisons of the past played a role; one used to give Tyene the same death given to Myrcella, with Ellaria forced to watch; but one missed opportunity for drama. I’ve not a clue how Jaime might have ever found out about Olenna orchestrating Joffrey’s death, but wouldn’t it have been good if he was lying over giving her a peaceful death, and instead she had lapped up the Strangler, forced to die as Joffrey had? As much as his granting her peace played into his self-image of mercy, a violent ‘murder’ would have echoed Euron’s boast of revenge back in King’s Landing, have further developed Jaime’s mourning as a father, and would have allowed the possibility of Olenna being outdone in her final moments. 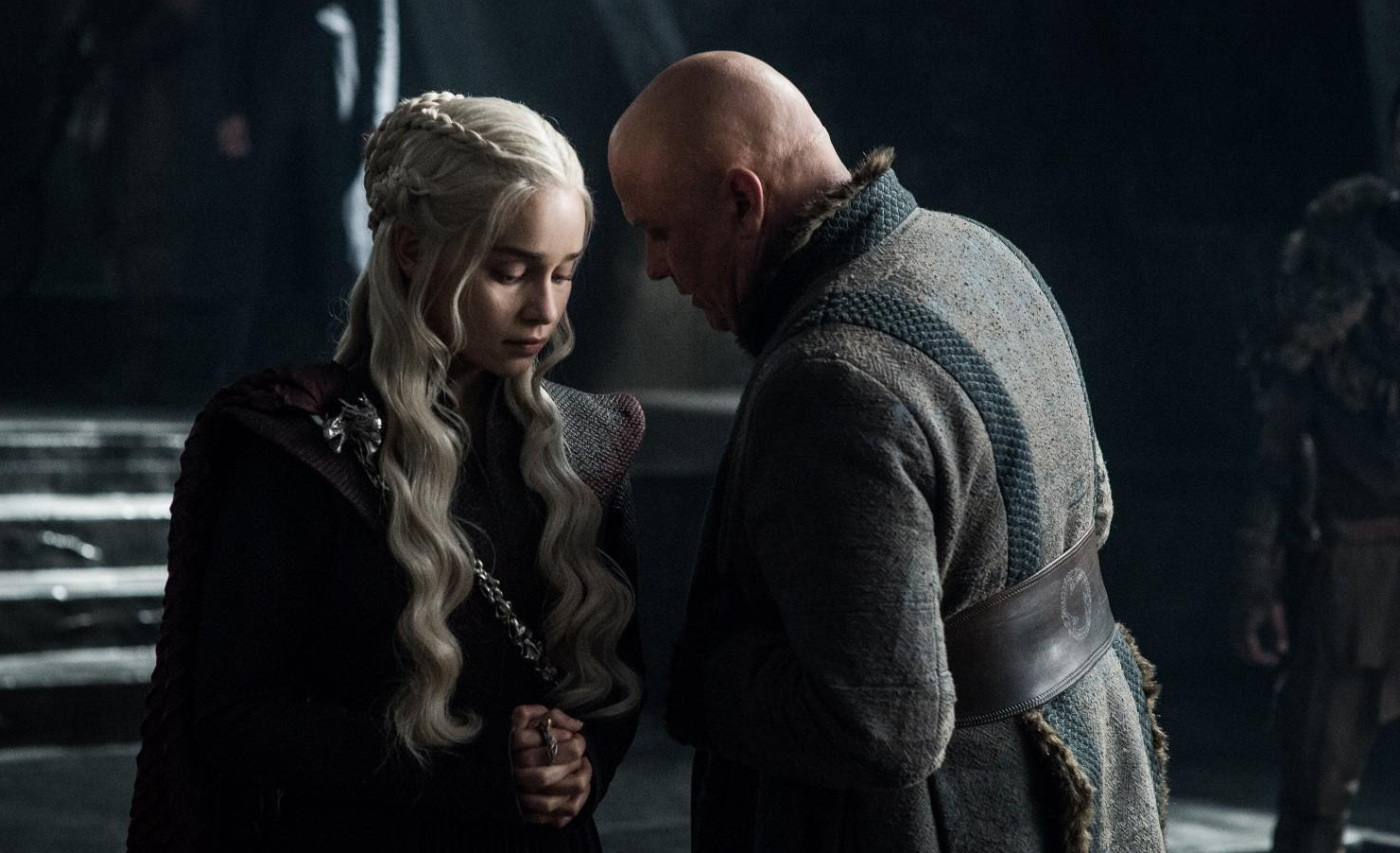 Meanwhile, returning finally to Dragonstone, it’s interesting to note that, as the threat of the White Walkers becomes a clear and present danger, so much so that it is rightly Jon’s singular focus, their on-screen presence has been limited to one shot of the army marching en masse at the beginning of the season, essentially an escalated retread of the ending of season 2. We’ll see them soon, certainly, but as a narrative trick it works to push it to the back of the viewer’s mind, at the same time as Jon tries to bring it to the front of Dany’s. It’s easier to consider Dany’s sceptical perspective, when the last mentions of the White Walkers were of what the Hound saw in the flames.

Another good episode, then, but one that in places chose stylishness over detail. A final sequence that was thrilling, but deprived of tension, and a desire to get everyone in place as we prepare to tip over the halfway mark of this shortened season.