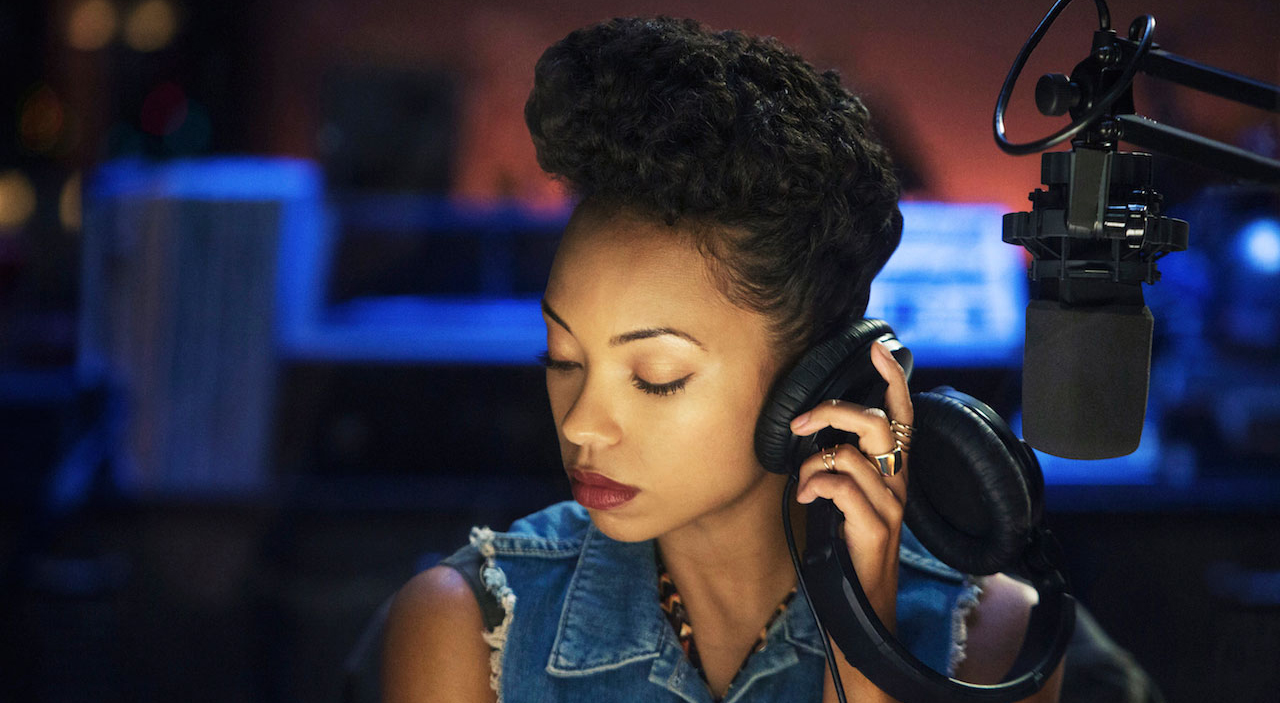 Filmmaker Justin Simien returns with the TV version of his 2014 feature film Dear White People, a comedy-drama exploring racial politics at the fictional Winchester Ivy-League college. The series starts where the film leaves off: in the aftermath of a racist black-face party which was filmed and broken up by black students. From here, the series explores the stories of Sam, Lionel, Troy, Coco and Reggie, and advances to a final culmination where a move by the administration to threaten black culture on campus is unveiled. The ten thirty-minute episodes cover diverse themes including police violence, student politics, coming out, biracial identity, white allyship and the fetishisation of people of colour.

The film and TV series deal in detail with Sam (played in the series by Logan Browning) and her struggles as a mixed-race woman who fears not being seen as ‘black enough’ by the Black Student Union but who doesn’t feel accepted in white culture due to casual racism and micro aggressions which are both widespread and unchallenged. Both the film and TV series depict Sam as conflicted in her relationship with Gabe, a white student who will never be able to understand her experiences of racism and discrimination. However, it is only the series which highlights the ways in which Sam’s biracial status leaves her privileged over characters like Coco (Antoinette Robertson) and Joelle (Ashley Blaine Featherson). Sam is given the leeway to publicly voice her anger over racial inequality with only minimal backlash because her lighter skin makes her less easily typecast as the ‘angry black woman’. This is pointed out in the fourth episode, where Sam criticises Coco publicly on her student radio show (the eponymous ‘Dear White People’) and Coco confronts her, pointing out her privilege with the words: “You get away with murder because you look more like them than I do.” 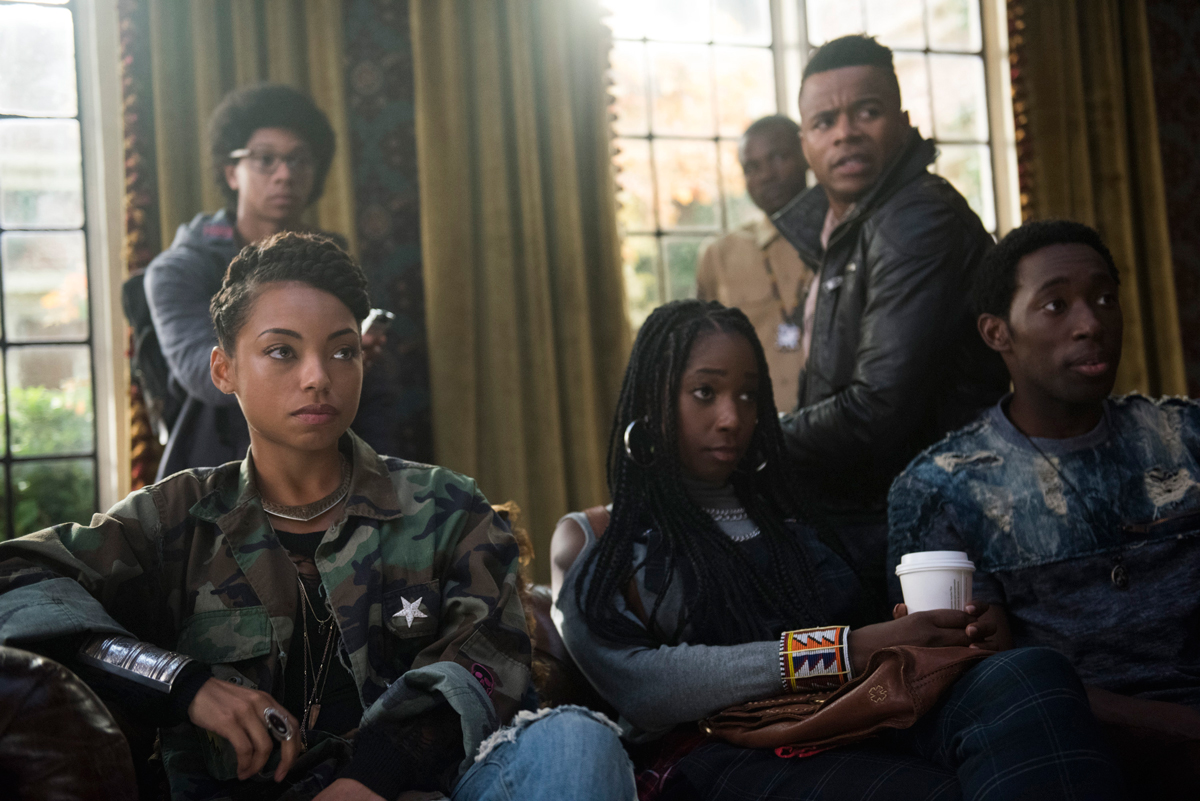 Despite what this altercation might suggest, Sam and Coco aren’t cut-and-dry enemies. The episode uses flashback to show how they quickly became close friends upon arriving to Winchester and how they provided mutual support to one another in a predominantly white campus. While media representation of ethnic minorities is still disappointing, the three years since the film’s release has seen a rise in productions led and produced by black talent — shows like Black-ish and Atlanta spring to mind, as well as films like Moonlight — but the experience of black women still feels unexplored by mainstream film and TV. In Dear White People, relationships between black women are subtly drawn and pains are taken to show how the rift between Sam and Coco stems from their differing experiences of racism and differing life goals and aims.

The show’s major achievement lies in the recuperation of the character of Colandrea, otherwise known as Coco. The film paints her as a vapid, materialistic foil to the politically active, ‘woke’, Sam but the TV version breaks down this binary, expanding on Coco’s character and giving us insight into her ambitions and motivations. Coco is caught in a battle of respectability politics, obliged to perform whiteness in order to preempt and mute racist assumptions about her based on her skin colour. While the film portrays her as something of a victim for this, the series portrays Coco as one of the strongest characters at Winchester, one who is manipulating the system to get ahead. She is a young woman who knows what she wants and knows who she is and, as a scholarship student from a poverty-stricken area of Chicago, she is one of the few characters who has an awareness of the wider social mechanics outside of the university’s bubble of privilege. Indeed, Robertson’s character is sharply contrasted with Troy (played by Brandon P. Bell) who is depicted as well-meaning but confused, lacking in any ambitions other than those imposed by his father, Dean Fairbanks, and sorely missing Coco’s drive. 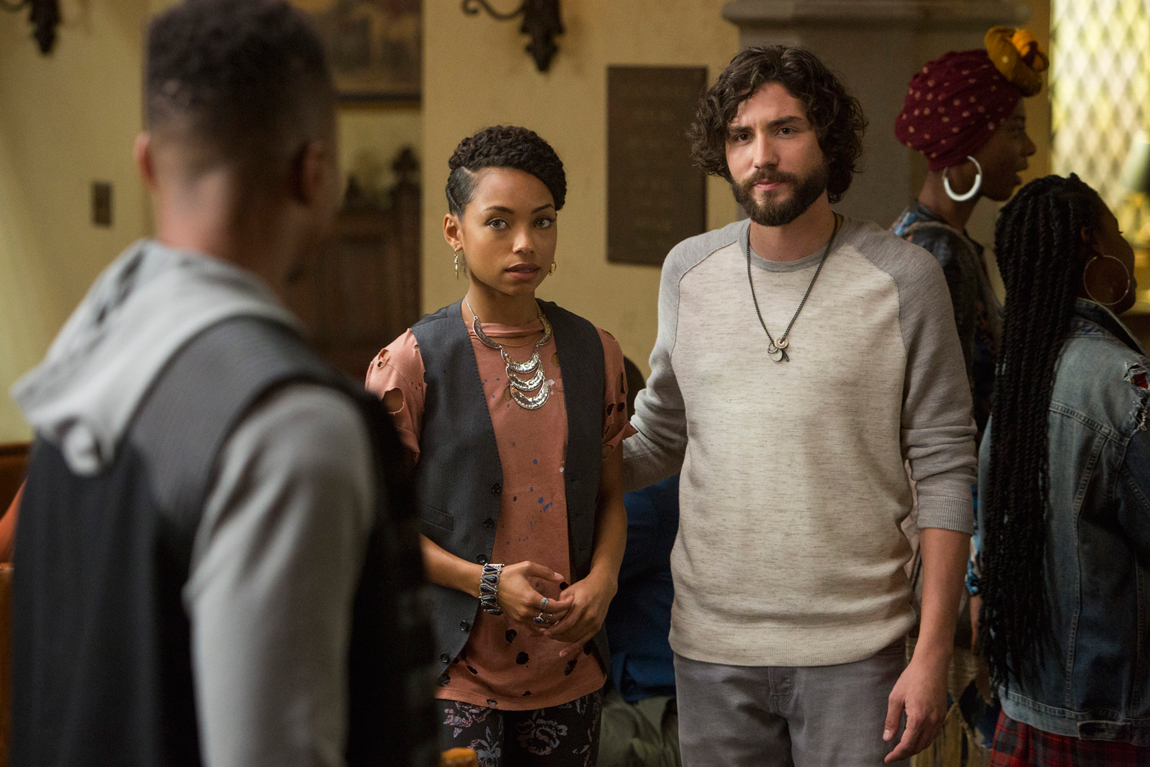 Given the film’s success, Simien was under considerable pressure to deliver something pretty outstanding with this newest venture. While Dear White People the TV series is, indeed, pretty outstanding, there are a couple of issues which let it down. The humour can feel a bit heavy-handed at times, particularly given that the combination of satire and serious drama doesn’t always gel well. Another low point is dialogue, which often stops short of being natural in a way that can be difficult to watch. On a different note, one can’t help but feel that Ashley Blaine’s Joelle is unduly silenced; despite being one of the most likeable characters she doesn’t seem to exist outside of her friendships with Reggie and Sam. Furthermore, the show lets itself down considerably with its representation of African student Rashid, whose only purpose within the show seems to be as the butt of his American friends’ jokes.

On the whole though, the TV series is incredibly watchable and offers significantly more than the film in terms of character development, particularly as each episode is centred around the point of view of a different colour, whilst also addressing the issue of colourism in ways which the film failed to. One can only hope that the show returns for a second season: Dear White People asks the questions that need answering, which counters white-dominated media with well-drawn, convincing black characters and which lays bare the emotional and physical violence which people of colour are threatened with in 2017.