When it comes to writing reviews of this kind, sometimes you have to go searching for a way to start each article that isn’t some basic variation on ‘this week on Doctor Who’. Sometimes, though, you get a weird, quirky connection like this: ‘Knock Knock’ was filmed in the adjoining property to the house that ‘Blink’ was filmed in. Well, to be specific, so too were the 2014 special ‘Last Christmas’ and a couple Sherlock episodes, as noted in the Radio Times. But it’s ‘Blink’ that seems most appropriate to reference here, as it feels like the benchmark for the kind of episode ‘Knock Knock’ is trying to be; the threat is certainly alien and dangerous, but in both cases is more personal and immediate than ‘fate of the universe’. There, that was the Weeping Angels wreaking havoc on Sally Sparrow and co. Here, Bill’s new student house is not quite what it seems. Yet where ‘Blink’ stands as one of the best episodes of New Who, ‘Knock Knock’ has… issues.

Perhaps the most glaring problem is the fact that never throughout the episode does it feel like the characters are quite in control of their actions; instead, they’re passive vehicles for the narrative. This is first apparent in the mere fact that they end up in the ‘murder house’ at all. The comically exaggerated house-hunting montage makes clear that they’re struggling to find a place to live, but still, is anyone really going to ever trust David Suchet in that situation? Not that Suchet himself is untrustworthy, but nothing about a guy just loitering outside an estate agent eavesdropping on students who takes you to his mansion to live in really screams trustworthy, does it? But a couple student archetypes later – yes, we all want big rooms, but perhaps not at the cost of death– and the contract has been signed. It would be okay if this was just the way to get the characters into the house so the fun can begin, but the problem of illogical characterisation never quite goes away. 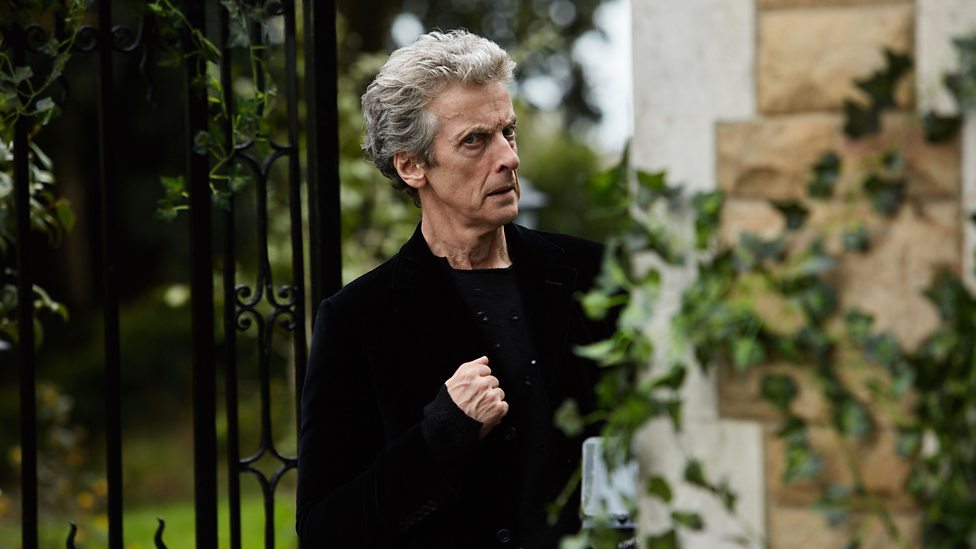 In case you didn’t catch it during the episode, this is what Bill asks Pavel upon seeing he’s been absorbed into the wall: “Did someone do this to you?” No, he did it to himself. In a way, the quality of the effects on the show these days compounds the issue; had this been, say, a series 1 or 2 episode, then the apathy might not be quite so bad. But the shot of Pavel in the wall was really quite chillingly generated. His eyes looked almost glazed over, he was sticking out at such unnatural angles; he looked in pain. Which is the shot doing its job, of course, but it also exacerbates the issues with the acting, when the audience can see just how terrible a fate has befallen someone. We might not run and hide behind the sofa, because such is culture these days that we’ve seen it all before, but the characters are still expected to react accordingly.

And I mean, for goodness sake, the death problem is getting ridiculous. I mention this every week now; I really don’t want to (it annoys me even more that the problem annoys me so much), but it seems like an unavoidable aspect of each episode of the series. Last week seemed to partially address the apathy of the first two episodes, but ‘Knock Knock’ took it to new depths by applying this apathy where Bill was seeing people she actually knew be absorbed into walls or dissolved and eaten by alien lice. Perhaps, with a touch of schizoid personality disorder added in, one might have a sort of detached emotionlessness in seeing random people die – especially if those people are from a completely different point in time and space – but it’s impossible to reconcile this apathy with the events of this episode. Yes, it’s all fine in the end, given the episode wheeled out the good old ‘everybody lives’ thing by having the Triads ‘reconstruct’ the others, but that’s no explanation for Bill seemingly needing less than a minute to get over seeing her friend consumed. 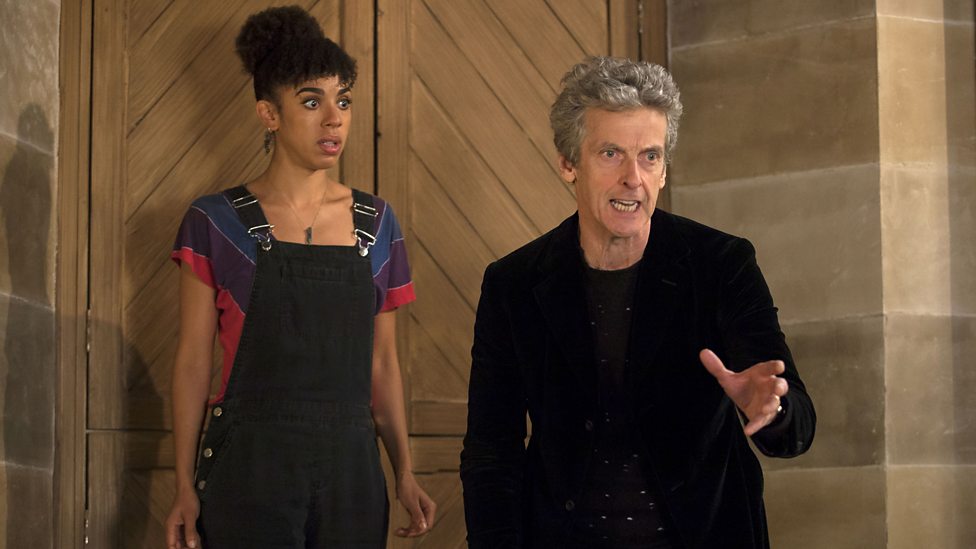 That’s what separates this episode from ‘Blink’: consequences. Of course, the Weeping Angels don’t actually kill anyone, but there was no coming back to the present for Kathy and Billy; once they were touched, they were in the past for good. The thing is, ‘Knock Knock’ didn’t necessarily even need this kind of finality. That the episode ends by bringing everyone back to life isn’t the main issue. The problem is that the episode prepares the viewer for this eventuality through no one really caring about the deaths in the first place. It’s no big deal that Pavel’s in the wall, or that Shireen and Harry are eaten, or that Paul makes such blood-curdling screams while apparently trapped in his room; and we find out that this isn’t a big deal because they’re not really dead. Not only does this mean that the only consequence of the episode is that they need to find a new house, but it also totally undermines the otherwise brilliant psychological and visual horror of the episode. All right, it’s only as scary as it can afford to be for pre-watershed BBC One, but it’s effectively creepy in a way similar to the Black Mirror episode ‘Playtest’. It just all falls a bit flat when nothing seems to matter much inside the world of the episode.

The ending once more saw a trip to the vault, in what is starting to seem like a redo of last series’ ‘Hell Bent’. Just as in that episode, the Doctor progressively broke down the wall over time, each week we get further into the mystery of the vault. We just have to hope it doesn’t take four and a half billion years to find out just who’s in there. This week’s visit added further layers to the intrigue; not only do the Doctor and Nardole know who’s in there, but whoever it is seemingly isn’t a threat, as the Doctor managed to stick a piano in the vault, before waltzing inside. I’d like to hope there’s a great explanation to all of this, but given it’s a Moffat series arc – not just that, but the last ever Moffat series arc – chances are the reveal of who it is, why they’re there, and everything in between will leave me clawing my hair out. Or maybe it’ll just leave me excited for Chris Chibnall.