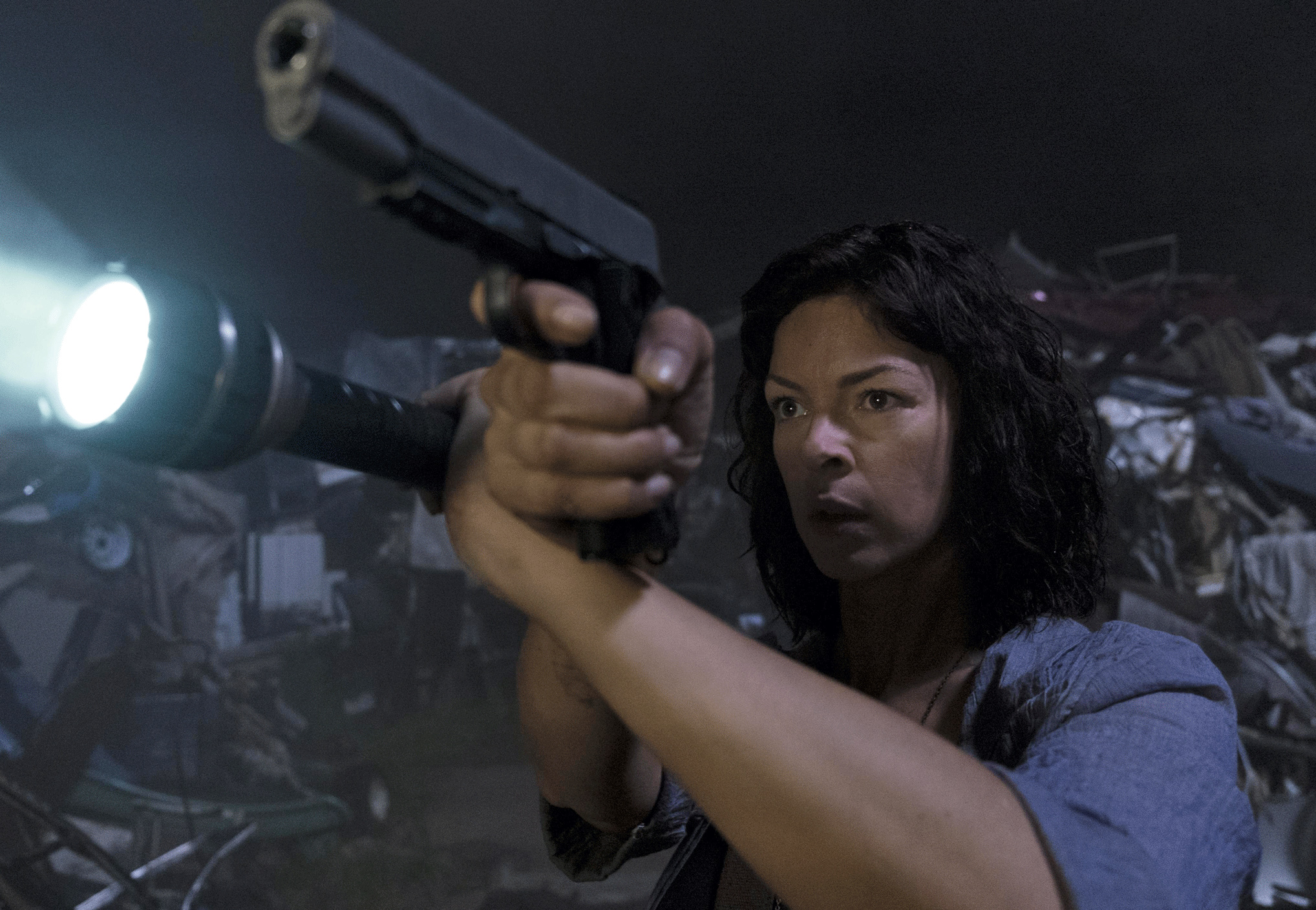 It’s never a good sign when I have to seek out Wikipedia and read an episode summary before writing a review of The Walking Dead. If it doesn’t stick in my memory then it’s usually a pretty mundane, pointless entry and on the whole, ‘Warning Signs‘ was exactly that. Now I know it can’t be all action 24-7 and that there have to be some strong character moments to build tension, but it doesn’t make it any less boring when it just feels like they’re treading water until they get to the more interesting stuff. At this point it’s all building towards Andrew Lincoln’s departure and while I don’t expect them to jump into it straight away, there’s an element of wishing they’d just get on with it.

This week we were treated to some reflective moments in which Rick (Lincoln) got to spend some quality time with Michonne (Danai Gurira) and his family and even considered a family expansion in the near future. Oh if only he knew what was to come. Maybe he’ll die and leave Michonne pregnant. Maybe he’ll leave with her to try and make peace for his family elsewhere. We just don’t know – and that’s something I’m actually excited about, despite Lincoln being a huge loss for the show. Who Angela Kang and her crew choose to focus on going forward is probably the most intriguing aspect of The Walking Dead at the moment. Personally I’m all over the show reinventing itself to follow Jerry (Cooper Andrews) and his adventures, but chances are that isn’t going to happen.

Beyond Rick’s slim moments of happiness is a world that still isn’t quite the way he’d like it to be. In an ideal future of course everyone would get along despite their differences and questionable pasts, and it’s easy enough for Carl (Chandler Riggs) to talk to daddy from beyond the grave and encourage such noble behaviour. But let’s be honest – he’s not around anymore to experience the circumstances or the difficulties that Rick and co have to face on a day to day basis. It simply doesn’t work to be that nice to everyone and expect them to fall in line and get on with it. The real world doesn’t work like that and the zombie-filled universe doesn’t either. 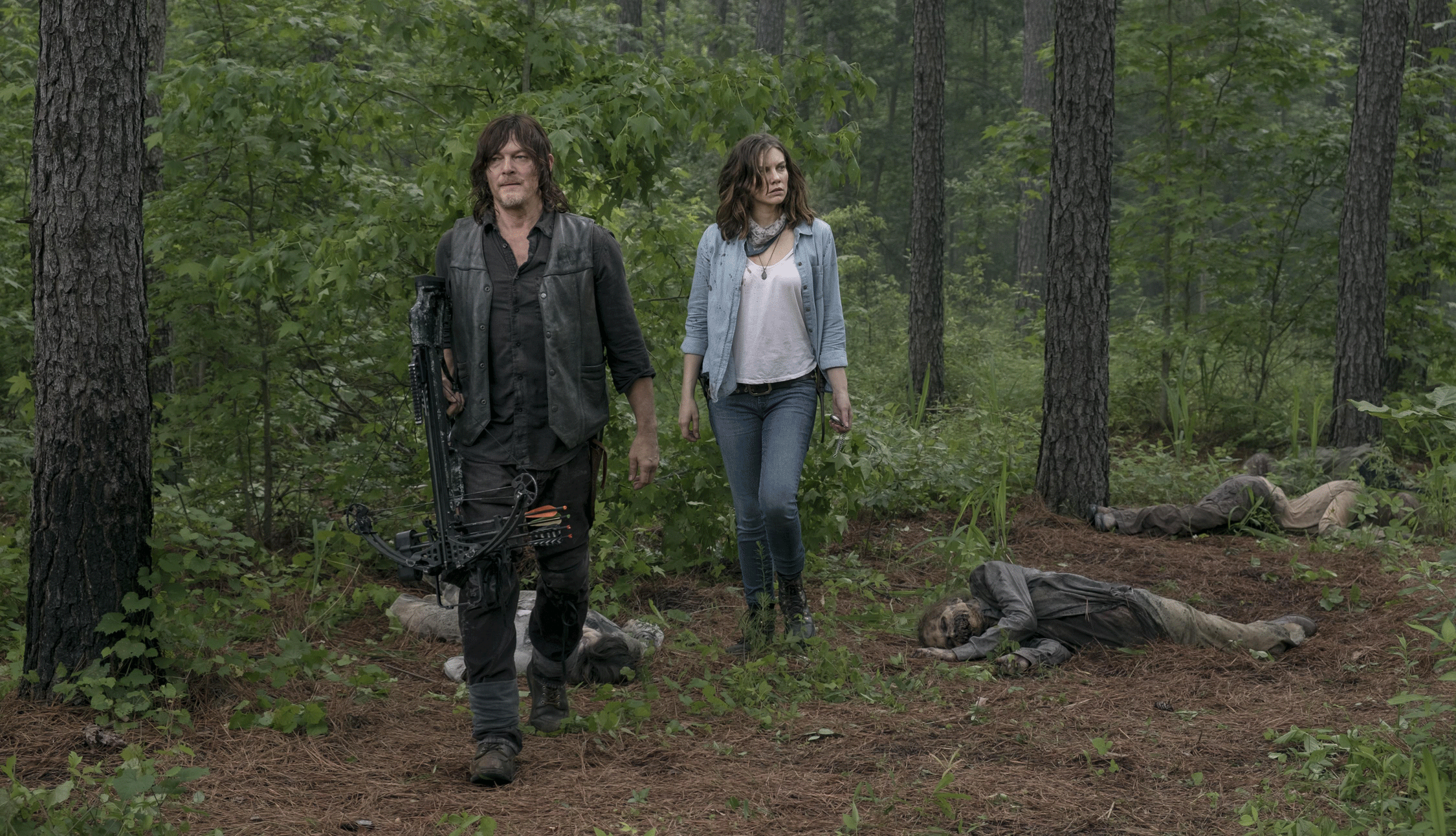 Maggie (Lauren Cohan) and Daryl (Norman Reedus) are thankfully a little more realistic in their approach to this post-war environment. Well, I say post-war but it’s never really over. It just changes direction and involves different people. Fact is, there’s no harmony regardless of what change anyone tries to bring in. And while Maggie may have contemplated following Rick’s vision for a moment, it appears she’s more than happy to go in the opposite direction if needs must. The behaviour of those at Oceanside goes against everything Rick is trying to do but it seems as if others are on board with it. I’m certainly intrigued to see what Maggie and Daryl do with Negan.

Most importantly for me this week was the fact that Anne/Jadis/whatever we’re calling her this week (Pollyanna McIntosh) wasn’t as wasted as I believed she may have been after her ‘relationship’ development with Gabriel (Seth Gilliam). Fans everywhere were a little confused about how that came together and to be honest, I’m not sure anyone was on board with it but thankfully it was just a means to an end. It’s all about seeing what Anne/Jadis is up to with that helicopter and being sneaky sneaky. Of course Gabriel couldn’t leave well alone, so now he’s in trouble again. When isn’t he?

Beyond the helicopter developments, nothing of consequence seemed to happen this week. Yes, we’re still pushing the idea of different leaders and different approaches but that’s nothing new. We’re still waiting on what fate awaits Mr Grimes and it’s really not that surprising that Anne/Jadis isn’t exactly happy sitting around playing happy families. At least McIntosh gets something more substantial to work with, so it’s nice that the writers are listening to me. I don’t care if it was filmed ages ago. The question of how to rule over people and justifiable killings will never go away whether Rick’s there or not, so undoubtedly this tension and struggle will continue far beyond Andrew Lincoln’s exit. I doubt the show will change that much as the core values and plot points will remain, but it’s nice to think that maybe it’ll inject a new energy and rip the rule book up. I’m probably being too hopeful there but we’ve come this far, right?