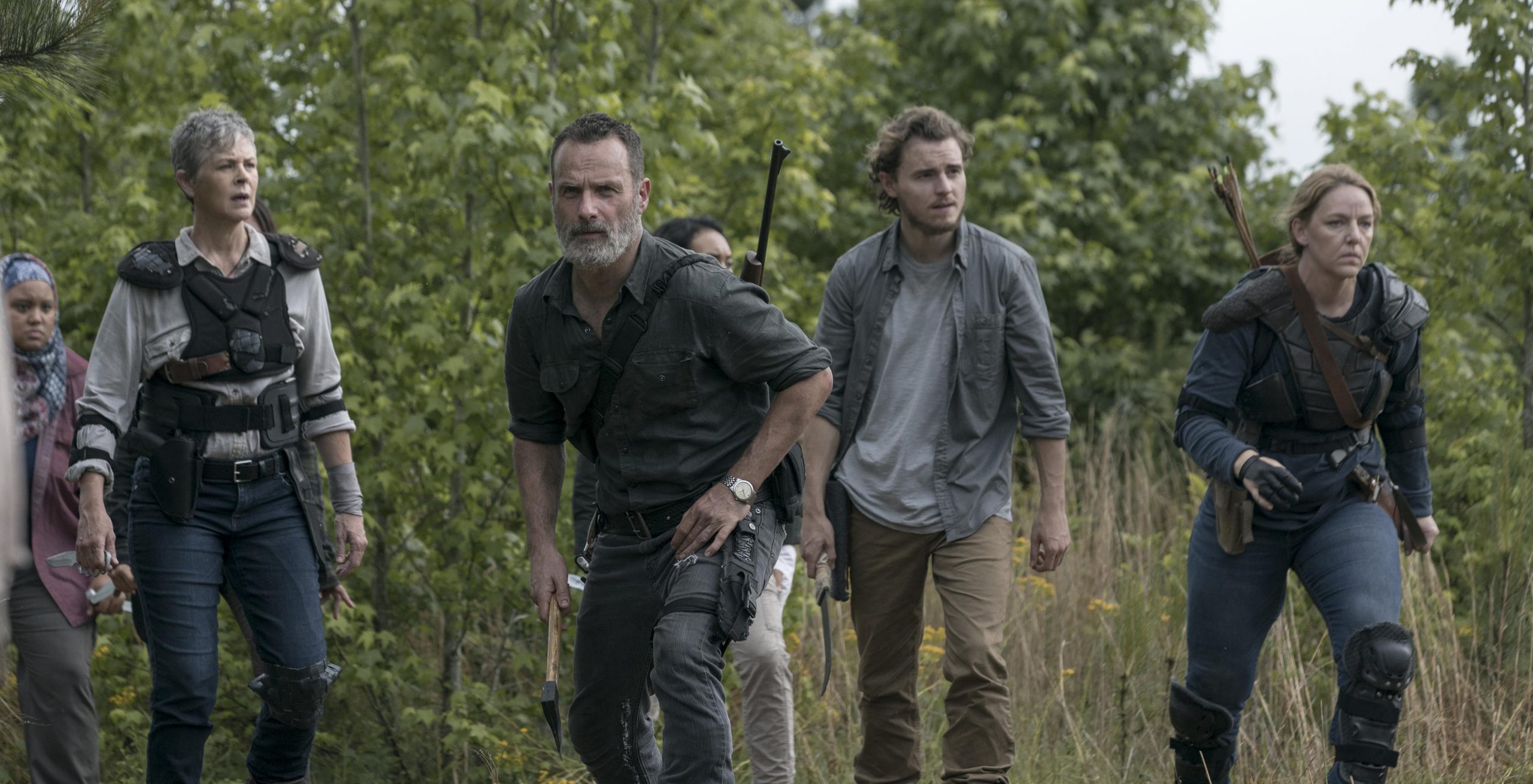 The Walking Dead is one of those shows that I enjoy reading all the comments and reviews for after each episode, mostly to see if my immediate opinions tie up with the general consensus out there. Most of the time it does and I don’t feel completely crazy but there is the odd occasion where I feel like I’ve watched a completely different episode to the rest of the world. Take this week as an example. My expectations were pretty high with ‘The Bridge’ simply because last week’s opener seemed to give hope that our leading zombie show would be getting back on track. With Rick’s departure on the horizon and various changes across the board ‘A New Beginning’ really felt like it was, and once again many of us were sucked back in to giving it a chance.

Now it’s clear that ‘The Bridge’ was a divisive episode for a lot of critics and fans depending on what you like your The Walking Dead experience to be. Forbes seemed to think it was the best episode in years and yet I came away wondering why I even bothered. I suppose I was hoping for a little more action and a bit less feeling like I’m watching a live action version of Farmville with a few zombies scattered around.

One of the worst things about The Walking Dead is when you feel like you could cut out half an episode and not really miss anything. Shows like Breaking Bad or Better Call Saul make every word and every conversation count but here it’s like they’re just treading water and trying to kill time rather than zombies. I’m enjoying the bigger focus on Maggie (Lauren Cohan), although it’s difficult to get invested in someone knowing they’ll be gone soon enough. At least her character arc seems to be going somewhere though and it’s nice to see a strong female get some actual screen time and real impact on the storylines. Cohan’s work with Danai Gurira is subtle yet effective and Maggie and Michonne should definitely get more scenes together. It’ll be interesting to see how supportive the audience remains of Maggie depending on her decisions going forward, especially if they divide the various survivor camps.

I can see what the writers were aiming for with ‘The Bridge’ and I do appreciate the attempt at fleshing out the characters and their relationships, although this can also be done in far more intriguing ways and not be such a drag. There’s also that issue of almost remembering you have a number of characters and thinking you should do something with them so you throw them together randomly. Yes I’m looking at you Anne/Jadis and Gabriel. Poor Pollyanna McIntosh sitting on the sidelines. I can only hope that certain moments in this episode lead to something far greater for her because her performances towards the end of last season were some of the highlights and she definitely deserves better. Same with Seth Gilliam, who does the best with what he gets but clearly they have absolutely no idea what to do with him. 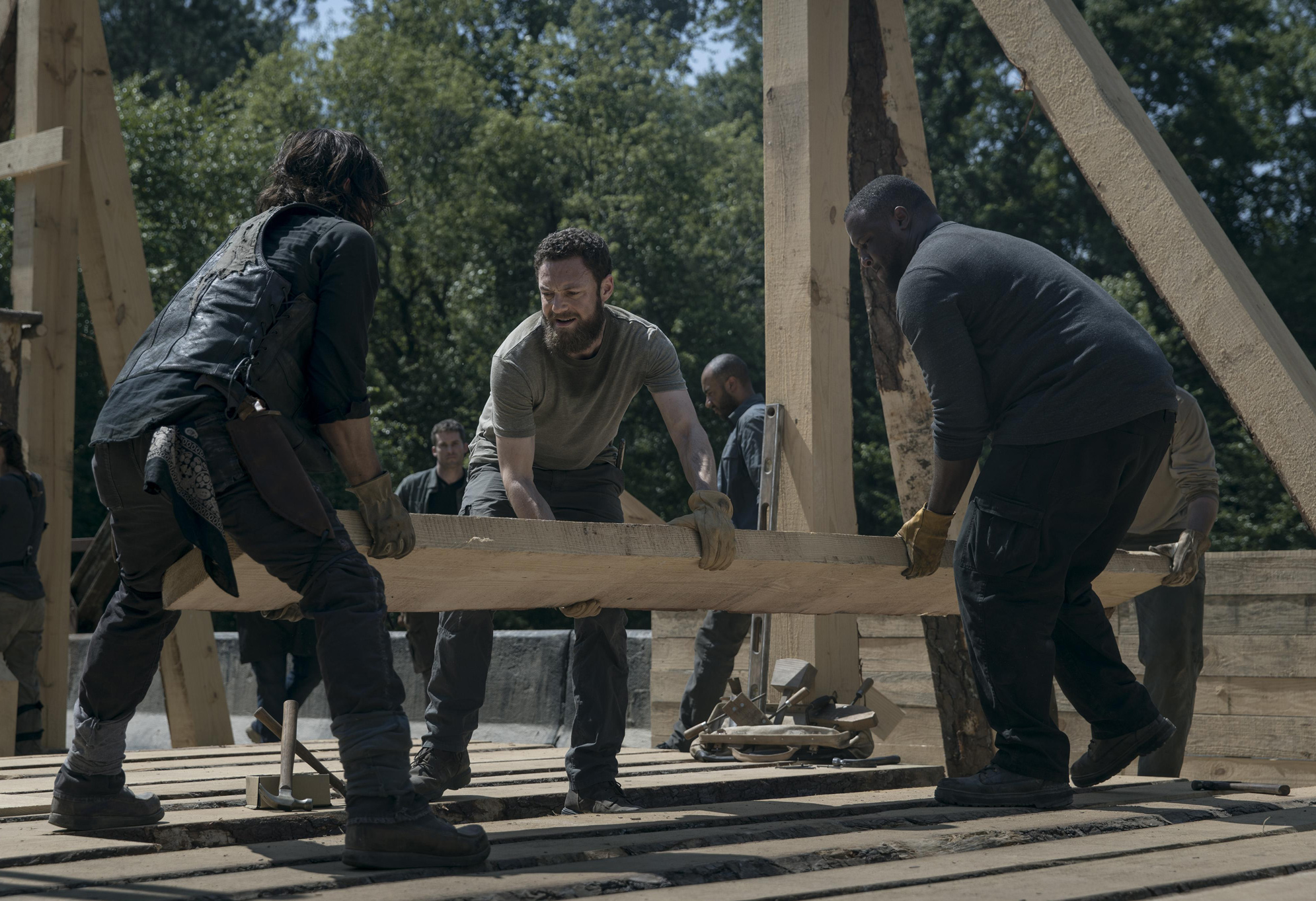 Someone who did get the chance to shine this week was Ross Marquand who had an unlucky turn as Aaron and ended up with a crushed arm. He can’t catch a break can he? It’s nice to see that whatever plans our survivors make there’s always something that goes wrong. In related news, all credit should be given to Zach McGowan for making Justin so easy to hate. He’s just got one of those faces. Talking of villains, our main man Negan (Jeffrey Dean Morgan) is still locked away with no hope of getting out according to Rick (Andrew Lincoln), who is very insistent on keeping his nemesis there forever. I don’t think AMC would waste their budget on keeping JDM in the dark however, so I’m expecting Rick to change his mind or for an uprising to take place in order to get Negan out. I’m certainly curious to see where they go with the Rick and Negan dynamic in the future but I hope they don’t drag it on for too long.

There’s no doubt that Rick is struggling. He’s trying his best to make a peaceful present and future for everyone, bringing them all together and hoping they’ll live in blissful harmony but it’s not quite working. There’s an obvious tension there, especially with people having different ideas and coming at things from different angles. Plus he’s well aware that not everyone has as good intentions as he does. Although saying that, his behaviour with Negan isn’t necessarily fuelled by good, so he has his own inner battles to deal with too. Lincoln plays his role to perfection and he’ll really be missed on the show but it will give a lot of others the opportunity to step up and show what they’re made of. The Walking Dead can afford to lose a few people along the way, as long as it becomes more focused on the stronger characters in upcoming seasons.

For all the devilish behaviour over time, you can’t help but feel like Negan’s outlook on things – especially Rick’s choices – is actually more accurate than most. I enjoy the good vs. evil aspects of The Walking Dead, not only between characters but their personal struggles too. However, these moments need to be dealt with in such a way that it doesn’t become monotonous or difficult to get through. That balance is something the writers have often struggled with over the years and continue to do so. I’ve never had any issues with the cast, and believe when they’re given good scripts they’re capable of great things, but more often than not they’re forgotten about or suffering with clunky situations and dialogue. They have to try and elevate the material because it’s not up to standard, and the audience figures arguably reflect that these days.

Is it the show itself that isn’t good enough, or the fact there’s no end in sight? Perhaps it’s a combination of many things, but this episode felt more like treading water and waiting for the important things to happen. A nice zombie action set piece and a few decent character scenes weren’t enough to keep the momentum going from last week. I miss Xander Berkeley already.