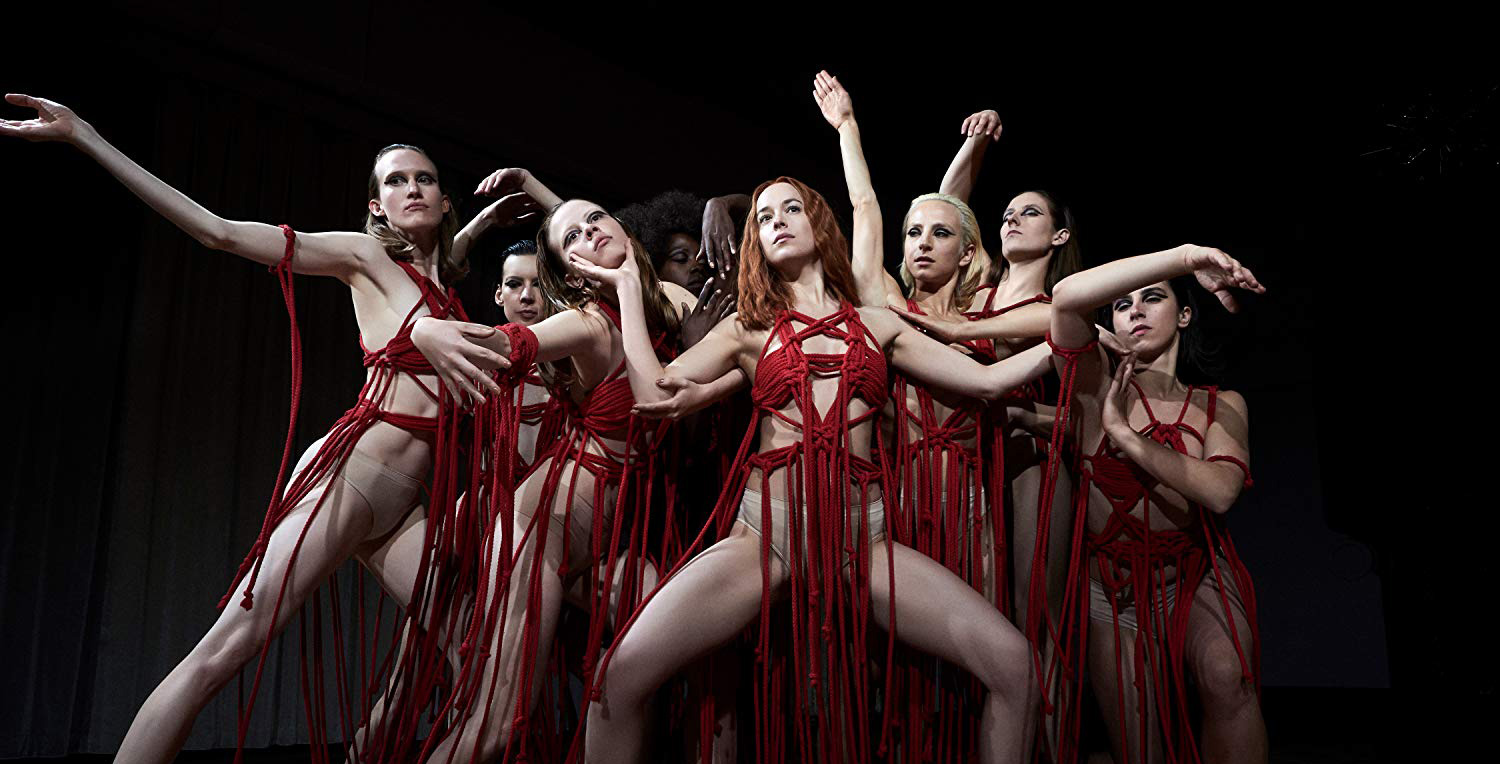 Luca Guadagnino’s Suspiria has already divided audiences. A remake of Dario Argento’s gory Italian horror, the director of I Am Love and last year’s celebrated Call Me By Your Name is pulling out all the stops to make a genre picture that will stand the test of time. Suspiria is graphically violent with bold and surreal sequences and, yet, handsomely executed. We would expect no less from Guadagnino. It will not be to everyone’s taste but Guadagnino’s grand direction ensures that Suspiria will be deciphered for years to come.

Set in Berlin, in 1977, a young girl (an unrecognisable Chloë Grace Moretz) visits a psychiatrist. She’s rambling, confused about what she has seen and what is happening in her mind. The psychiatrist, Josef, writes down notes on her delusions as she complains about a song stuck in her head. She’s convinced “they are witches” but he is not. Then she goes missing. Susie Bannion (Dakota Johnson), an untrained dancer from Ohio, has been desperate to get into Markos Dance Academy. Madame Blanc (Tilda Swinton) is famous around the world and to be taught under her tutelage is a privilege. Susie, confident and acutely aware of what Blanc wants to see, exhibits a performance that immediately tells Madame Blanc that Susie is more than she seems. Meanwhile, the psychiatrist Josef is beginning to piece things together and the dance academy looks like it holds a deep, dark secret behind its heavy, tall doors.

Doors, and their heavy locks and strong weight seem to be everywhere in Suspiria. In I Am Love, Guadagnino turned food into a fetish, while the skin and masculine form of Elio and Oliver in Call Me By Your Name seemed to be under the microscope. In Suspiria, it is a collage of textures. Old books, woven chairs, deep dark mahogany wood; it is a glorious, sensual film in that respect. But Guadagnino conjures up a film with a busy palette and an often frenetic energy. We veer between shot-after-shot dream sequences, with no clear connection on the first viewing. There are parallels and contrasts in the casting (Tilda Swinton plays both the flowingly feminine Madame Blanc and the old, decaying psychiatrist in a male form) and connections between mothers and daughters; the teacher and the student. 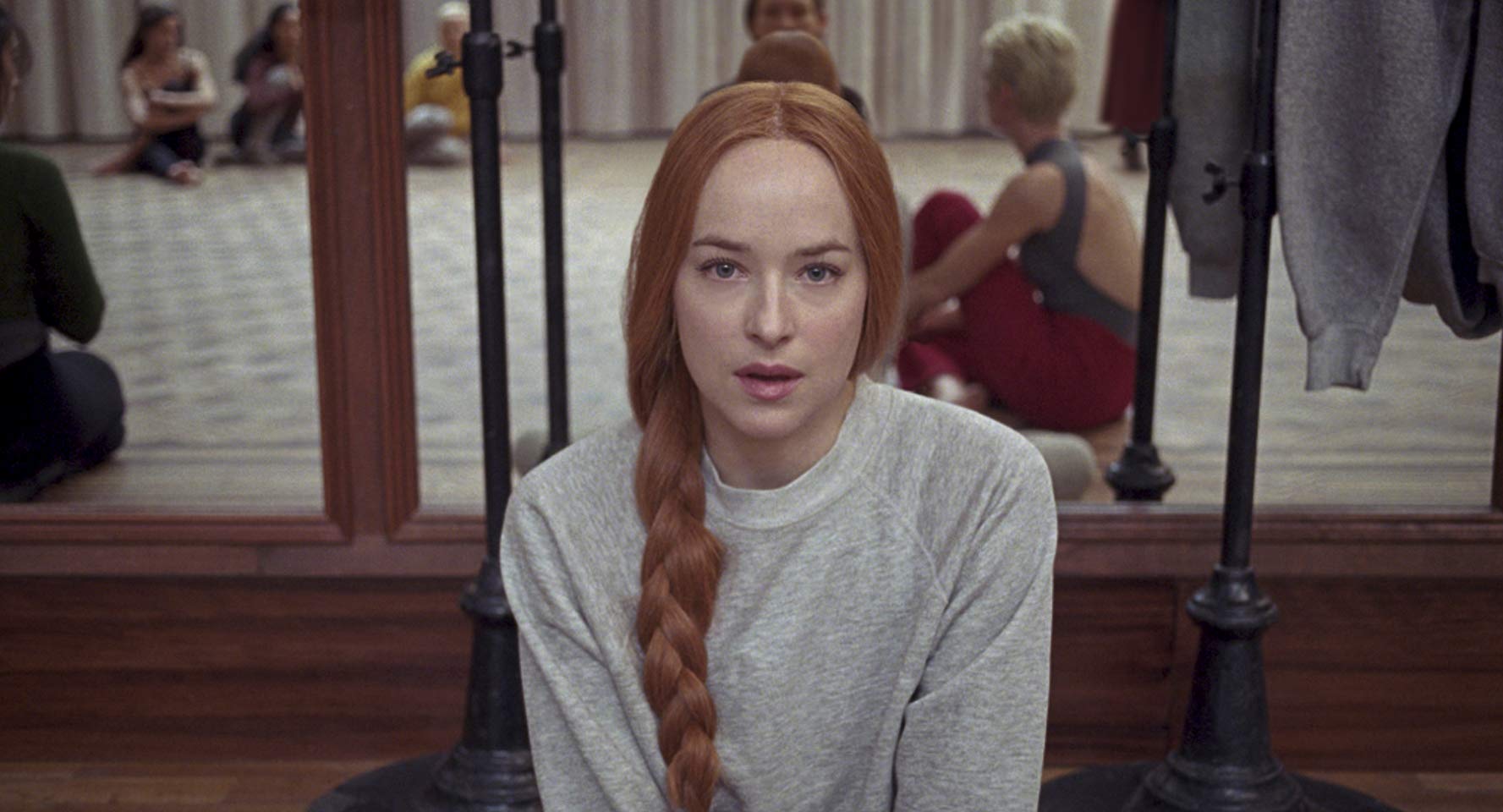 Suspiria is cinematic and atmospheric. Between the seventies setting where most characters are sucking cigarettes in their downtime to the fashion of the teachers, who look like they’ve been pulled directly from Argento’s original (indeed, Argento’s Suspiria was released in 1977). There is a trust in Guadagnino that this is all connected; that it isn’t a hollow, exploitative mess. The symmetry between Susie and Madame Blanc, for example, is constantly compared and their relationship, in all its subtle glances and revelatory moments, can be deconstructed and analysed.

In addition, Thom Yorke’s thoroughly immersive soundtrack is a work of majesty unto itself. Yorke’s falsetto vocals gently resting on dreamlike piano motions are as surreal and sumptuous as you would expect. Naturally, there are moments of offbeat humour too, such as an unexpected melodramatic laugh or in the practicalities of cleaning up from a bloody night of sacrifice.

Guadagnino creates a world that he hopes will draw you back in. Whereby on repeat viewings, like a song stuck in your head, you will pick up the connections and interpret and reinterpret its meaning. Suspiria unapologetically exploits its source material and basks in the far-fetched and supernatural world it resides within. Wildly ambitious, Suspiria is a breathtaking work of cinema and triumphs in its refusal to tame the chaotic canvas it is set upon. With that in mind, audiences may find its eccentricities all a little too much to bear.