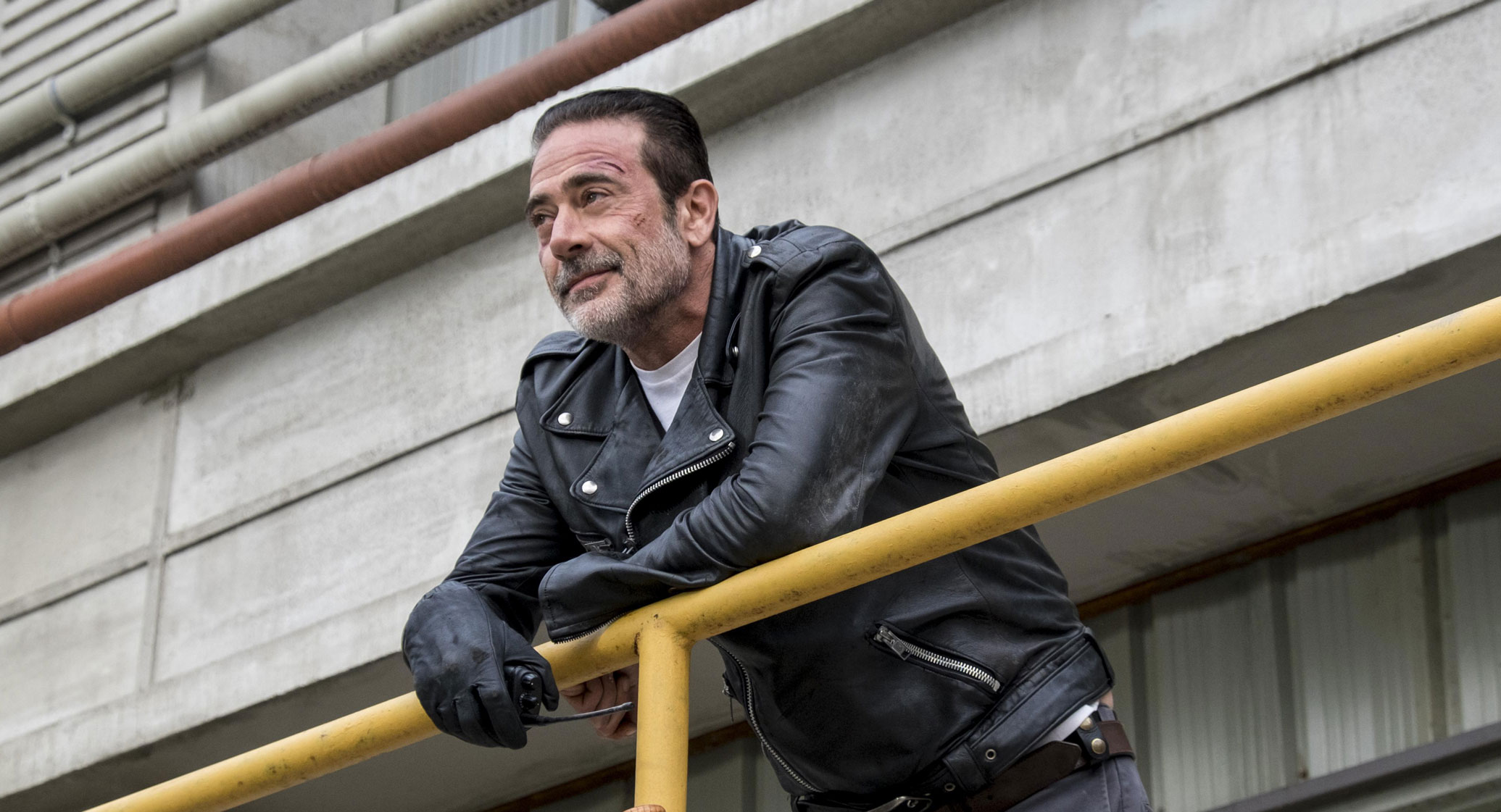 If there’s one thing I like in TV shows it’s being surprised and The Walking Dead can do that pretty damn well when it feels like it. Instead of predictably saving every big moment for mid-season finales or the end of a season, The Walking Dead thankfully offs people here, there and everywhere and often catches us off guard. That was certainly the case this week in ‘Worth’ which sped through the Negan (Jeffrey Dean Morgan) return, and his conflict with both Simon (Steven Ogg) and Dwight (Austin Amelio) was resolved in unforgiving and manipulative fashion. Bookended by the words of Carl (Chandler Riggs) through his letters to Rick (Andrew Lincoln) and Negan, it was hard to see how his hopes and dreams for the future were pretty much dead and buried in favour of war. Even Michonne (Danai Gurira) took a more wordy approach to Negan, but as we saw by the end of the episode, he just wasn’t interested.

The best thing this week was seeing Negan being Negan. I know that sounds strange but we’ve seen Simon be Negan and whoever else claims to be, but really there’s only one true Negan and the ever-charismatic Jeffrey Dean Morgan pulled off another captivating performance. It’s quite scary how he can switch from almost compassionate to utterly menacing so easily but this is what was needed to make next week’s season finale worth tuning in for. Nobody wants to see a bunch of chatting and nicey nice hugging it out. We came for some serious ass kicking and there are so many combustible elements in play now that we’re almost guaranteed to experience some huge losses at the end of the eighth season. You can’t help but fear for guys like Eugene (Josh McDermitt), Gabriel (Seth Gilliam) and especially Dwight at this point. Could we lose Rick or Negan? Only time will tell.

Ironically, this week was more about internal conflict, both in our characters and the groups. Negan clearly had no patience whatsoever for playing a long game against Simon and called him out almost immediately. I like this no nonsense guy, although the way he cleverly manipulated Dwight was also pretty impressive. You can see why he’s survived this long. Simon though? He got too big for his boots too quickly and didn’t really have much of a plan going forward and sadly he paid the price. Credit to him for having the drive and ambition to try and be something bigger but Negan had other ideas, and sadly we lost one of the most entertaining characters on the show. We all knew it was only ever going to end one way. On the other hand, Dwight might stand a fighting chance or at least have a heroic death in the finale like he deserves, but when Rick and co find out his ‘help’ is a twisted plan from Negan they may lose all faith in him. Poor guy. It’s not his fault! He wasn’t to know that Negan would luck upon the one person that knew he’d turned on Negan. Damn you Laura! 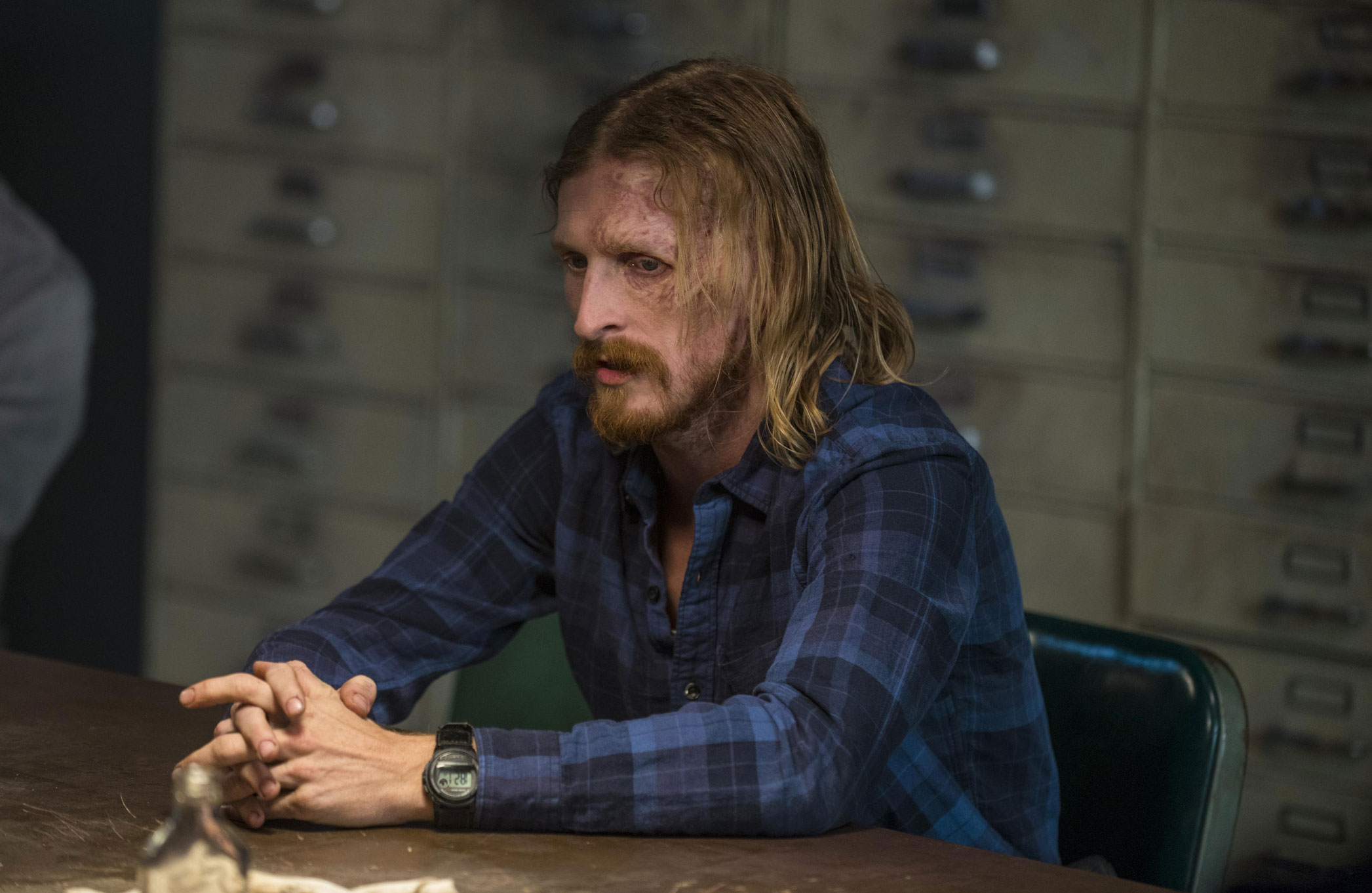 The Eugene situation is confusing isn’t it? I’m not even sure I care anymore. It’s almost comical to the point of being quite annoying. I don’t need to see him making himself vomit over Rosita (Christian Serratos). She definitely deserves better. Is he still Negan or will his magical bullets end up being something different? We’ll see. Either way, I’m really not fussed about whether he lives or dies anymore, which is a shame as he was quite an interesting character before. Perhaps he’s not beyond rehabilitation but shoving him with another boring and annoying character in Gabriel certainly doesn’t help. I’d much rather lose these guys than ones like Simon and Dwight, but we’re probably not that lucky. Even Gregory (Xander Berkeley) is more watchable, despite being a bit of a weasel. I don’t think the finale will be kind to him.

I can’t see things ending well between Rick and Negan unless someone more dangerous comes along and forces them to team up. We can’t forget there are so many other players floating around, as we saw with Aaron (Ross Marquand) trying to get Cyndie (Sydney Park) and her group on side. Maybe the helicopter will come back. Maybe Jadis (Pollyanna McIntosh) will run riot again. Could Georgie (Jayne Atkinson) pop back and have an impact? Nobody knows, but The Walking Dead certainly isn’t averse to using a huge amount of characters in order to kill off a few, so I expect the finale to be a big mess. We’ve been promised All Out War for weeks now and it’s time to deliver. I’m looking forward to seeing how it all plays out.