Who knew that mid-season break would fly by so quickly? Goodbye Christmas, hello to 2018 and here we are at the end of February with yet another episode of The Walking Dead. If I’m honest I would’ve been happy with a break of a few years just to get my love of all things Rick Grimes back on track and actually feel like I missed the show but life doesn’t work that way. So after waiting a few months we finally get to see Carl (Chandler Riggs) die. What a lovely thing to look forward to. Personally I’m still a little annoyed about the fact they even went down that route as it feels completely unnecessary and attempting to shock viewers just for the sake of it. I’m willing to give it a chance though and see how it goes for the rest of the season. That’s what really counts in terms of storytelling – not the choices they make but the fallout.

The return episode ‘Honor’ managed to avoid dwelling on Carl and his demise too much. It could have been a solid hour of Andrew Lincoln doing his best crying Rick face and Michonne (Danai Gurira) trying to keep it together but instead Matthew Negrete and Channing Powell wrote a solid episode where we saw numerous callbacks to earlier episodes, dream sequences of Old Man Rick and some great action highlighting Morgan (Lennie James), Carol (Melissa McBride) and Ezekiel (Khary Payton) that reminded us that life goes on. The juxtaposition of the heartfelt words from Carl to his dad and sister and Morgan’s violence was an interesting approach and worked for the most part, especially showing how close to the edge some of our heroes are. In his last moments Carl wants everyone to know that life is worth fighting for but not losing yourself to, and that peace should be the primary focus. What a nice young chap.

Credit to Chandler Riggs who has grown up on the show and really learnt to deliver something better with Carl in each season. No doubt the writing has helped that and it’s why it feels so disappointing that he’s gone now. This was someone who was a troubled child, who lost his mum and grew up to be an inspiration to many – including his dad – and should have been able to carry on the good fight alongside his sister Judith. Talking of her, their moment was by far the most heart-breaking and I definitely had tears in my eyes which I didn’t expect. For all the harsh criticism I throw at The Walking Dead, they did manage to nail some of the emotion this time round without over-egging it. Sadly we’ll never see Carl get the opportunity to become a true leader and step out of his dad’s shadow. What happens now? 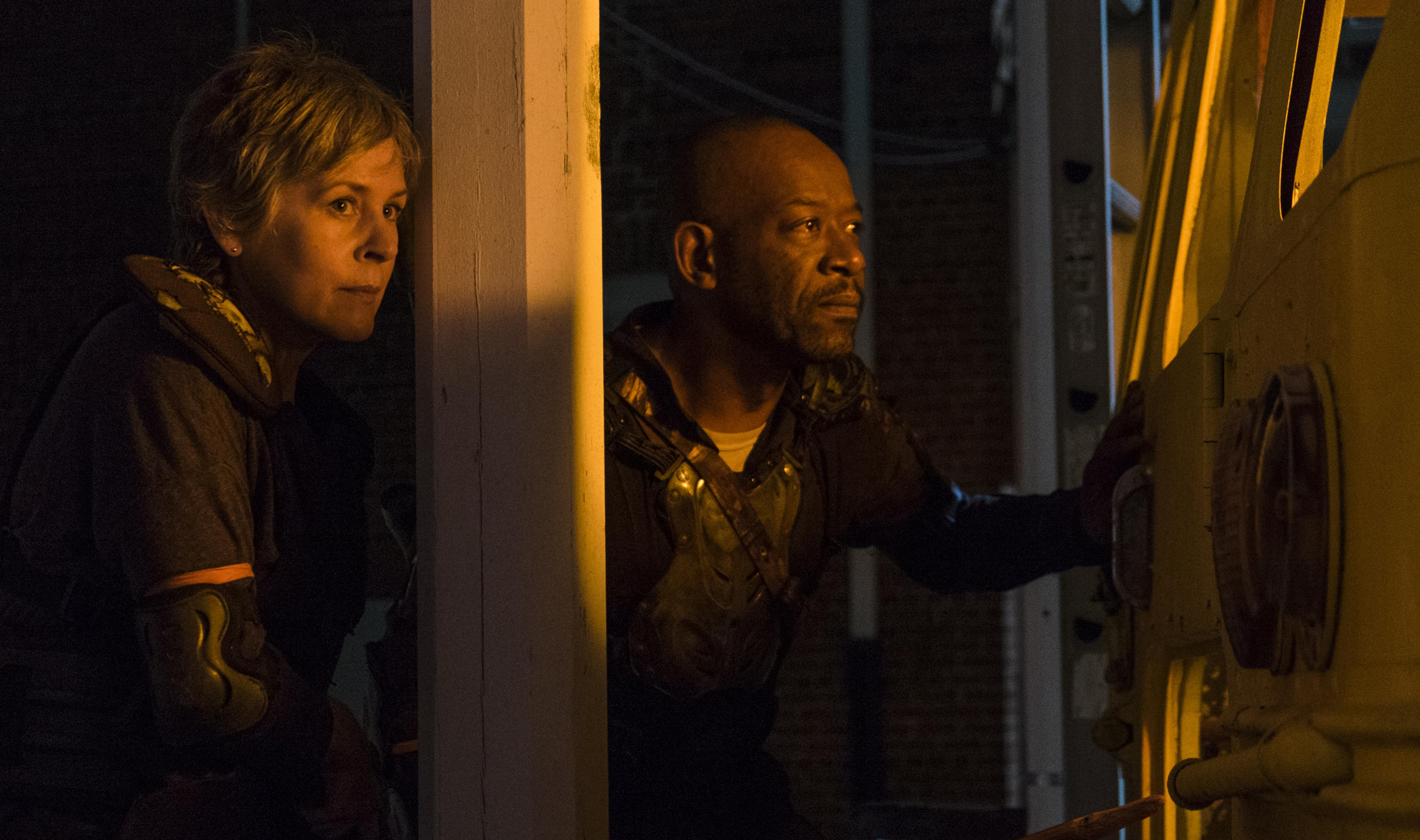 Knowing that Lennie James is off to Fear The Walking Dead soon it has been one of the main points of speculation as to how he’ll end up there and why. Morgan is slowly but surely going off the deep end and becoming out of control, despite having two of the more level headed people by his side. Carol knows exactly what it’s like to go to that dark place and is doing everything she can to stop Morgan but he’s a tough nut to crack. His vengeance against the Saviors ends up with him pulling the guts out of one of them, which makes for an incredible visual, especially when it’s something we’re used to seeing the undead do rather than a human. He definitely needs to take a chill pill though and Lennie James put in one of his best performances this week by far. He’ll bring a lot to the table on Fear The Walking Dead and no doubt they’ll thrive with him on board.

‘Honor’ wasn’t an overly bad return for The Walking Dead but it was fairly limited in its focus and so if you were looking for more Daryl (Norman Reedus), Negan (Jeffrey Dean Morgan) or some of the others, then you were out of luck. I feel like we’re more in a holding position than anything at the moment, especially now we’re in uncharted territory and not having a clue where we’re going from here. That has to be a good thing and I only hope everyone involved thrives with that creative freedom and gives us a show to get excited about again. We’ve all stuck with it for this long so it’d be nice to have a solid end game and wrap it up in a thrilling fashion but I don’t think the end is in sight quite yet. If you’d told me a few years ago that I’d actually miss Carl then I would have laughed in your face but this week definitely got to me as a father. Now it’s time to wait and see if Rick can stick to his word and make Carl’s vision for the future come true. I think it’s going to be a struggle.