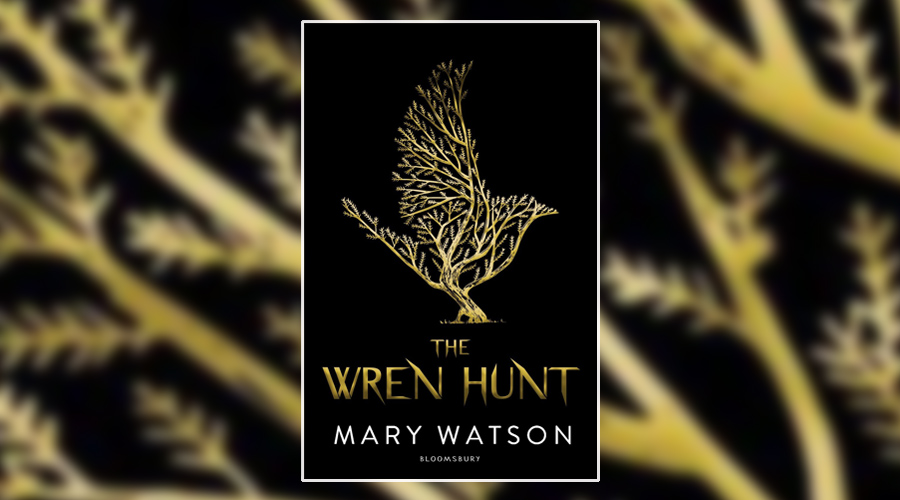 Book Review: By a Charm and a Curse by Jaime Questell

Steeped in folklore, rituals and Irish traditions, Mary Watson’s The Wren Hunt is a debut that envelops you with magic and myth. It’s part family drama, part eerie thriller and part Romeo and Juliet style romance, resulting in that rare kind of novel with the power to pull your heart apart and stitch it back together again.

Every winter on St Stephen’s Day, Wren Silke is an unwilling participant in a twisted childhood game where village boys chase her through the forest. These boys are judges, a privileged and powerful faction who don masks and delight in the pursuit of hunting a frightened girl in the dark. Wren hates the game but she knows it could be worse. If the judges knew she was an augar – their sworn enemy hiding in plain sight – things would get deadly. And not just for Wren, but everyone she cares about.

The ancient feud between the judges and augars is at breaking point. For one circle to gain full power, the other has to fall, and this is a battle neither intends to lose. As her family’s last hope, Wren gains an internship at the Harkness Foundation, otherwise known as judge HQ, in order to gain secret information that will aid the augars in their quest for survival. Going undercover is hard enough when she has to contend with the village boys who are already suspicious of her, but then Wren meets head of security Tarc, and suddenly her covert mission gets even more complicated.

“We were always told: when something repeats, it gains significance.This is how a pattern is formed. And it felt like something was forming around me. Like I was being woven into something and couldn’t work my way out.”

Wren finds herself caught between the two circles; conflicted by her allegiance to her family and her growing feelings for Tarc. From the moment she infiltrates enemy territory, there’s a constant undercurrent of tension and apprehension that she could be caught at any point. She’s very much a small fish swimming in a pool of sharks, and one wrong move or slip of the tongue will alert the judges to her true identity.

Whilst the story is set in contemporary Ireland, the old fables and ritualistic customs imbue it with history, nature and folklore. Watson creates a dark and off-kilter atmosphere that lends itself perfectly to the rural village of Kilshamble where Wren lives. The forbidden, star-crossed love element never feels overplayed or clichéd either – it’s irresistibly tender, passionate and tragic at the same time, making Wren and Tarc a couple you’ll automatically root for.

The Wren Hunt is a gorgeously written and lyrical tale of love and tested loyalties, of betrayal, sacrifice and surrender. Like some kind of magic, it’ll weave its way into your head and swirl around for days after you finish reading. The end leaves loose threads untied and plenty of intriguing character backstories to explore, making Watson’s follow-up book something to look forward to.

The Wren Hunt was published by Bloomsbury on 8 February 2018

Book Review: By a Charm and a Curse by Jaime Questell