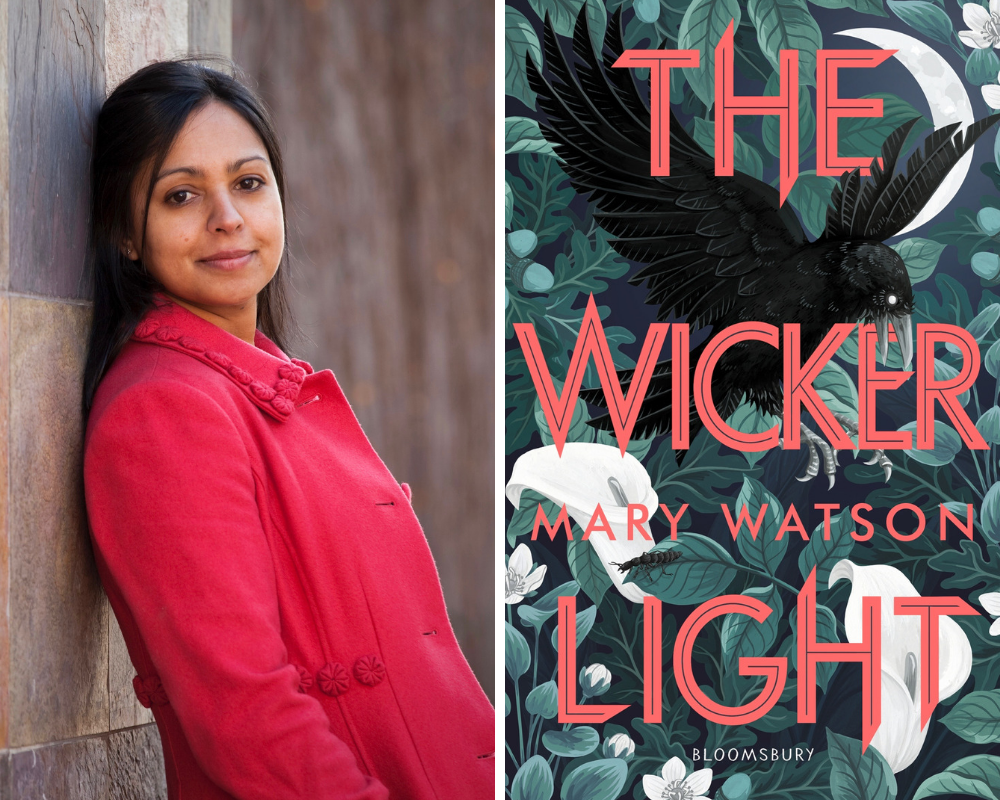 To celebrate the publication of magical thriller The Wickerlight, the sequel to last year’s The Wren Hunt, author Mary Watson discusses the theme of metamorphosis in her books and the potential for subversion in fantasy novels.

In The Wickerlight, Zara and her siblings play a game. It’s called The Horribles, and by telling each other stories, the three imagine themselves as grimy creatures, crude and essential, who live in the ditch down the bottom of the garden.

I used to play a version of this game with my own children. I would tell them of the Horrible boys who, in their ditch, ate dirt stew with their soil-crumbed teeth, wore rags and slept on twigs and branches. My boys loved these stories, it unsettled them, but they wanted more. They found it compelling to become, through words, something a little awful. Something baser, more instinctual. Themselves, but Horrible, and in a mirror world with a different set of rules.

Sometimes I wonder why, when it feels like the world is falling apart, I’m writing stories about nature and magic and romance. When I first started writing in South Africa after the end of apartheid, there was a welcome shift to books that explored interiority, moods, emotions, psychological development, after the political urgency of writing during the apartheid years. Of course social issues were still explored, but it no longer felt like we were a society in crisis. Now, in recent years, with our failure to stop damage to the environment, the spread of hate, and political leaders lying with impunity, I’m beginning to feel that sense of crisis again.

Writing is a complicated process and hard to describe. At the heart of everything is the story, and my main impulse is always doing justice to the characters and their journeys. But even though I don’t consciously decide themes and core ideas, they seem to weave themselves into the books when I’m not looking. And once I realise that the problems that preoccupy me in the real world are seeded in the book, I find ways of building these as themes. So while these may not appear to be books with strong social messages, they are there, embedded into the structure of the stories.

In both The Wren Hunt and The Wickerlight, a core theme is metamorphosis, of being one thing, and then becoming something else. All three of the main characters, Wren, Zara and David, experience this in one way or another. With Wren and Zara, their changes relate to their status as outsiders, as brown skinned girls in predominantly white communities; Wren is also something of an outsider within the magical world, while Zara is a second generation immigrant in a small, closed village. David is forced to confront the models of masculinity that he’s been moulded to.  When I sit back and think through this, I remember what I’ve always known about the power of fantasy novels: its potential for subversion.

Fantasy holds up a light to real issues in the real world. By reimagining the real into something different, we are able to explore issues of this world but through a new lens. We can interrogate good and bad, right and wrong. We can redraw the relationship between the marginalised and the powerful. We can frustrate the entitled, rearrange the ordinary in unusual ways. By looking at our shadow selves, our Horrible twins, we acknowledge our darkness. Fantasy is an opportunity. So, for now, and perhaps especially because it feels like the world is falling apart, I will continue to write stories of magic.

The Wickerlight is published by Bloomsbury YA on 30 May 2019