It’s been a good week for Olivia Wilde. Just days after the UK release of Booksmart – her much loved directorial debut – comes A Vigilante, which contains the best performance of her entire career.

She plays Sadie, a woman who has made it her mission to rescue sufferers of domestic violence from their abusers. Armed with an array of disguises and an intimate knowledge of Krav Maga, she is very persuasive. As the movie progresses, we learn why Sadie had dedicated her life to such a dangerous task, and she heads towards a violent confrontation with far more personal ramifications.

A Vigilante is the first film from Australian director Sarah Daggar-Nickson. ‘A woman kicks the crap out of domestic abusers’ could easily have gone down a hypocritical path, revelling in the violence that it wanted to condemn. Daggar-Nickson is very careful not to do this. When we see Sadie’s bursts of vigilantism, the violence is never lingered over. The first time, she delivers the man a swift punch in the throat, and then in the next scene he is covered in blood. That tells you all you need to know about her unconventional methods – Daggar-Nickson rightly surmises that we don’t need to see any more. 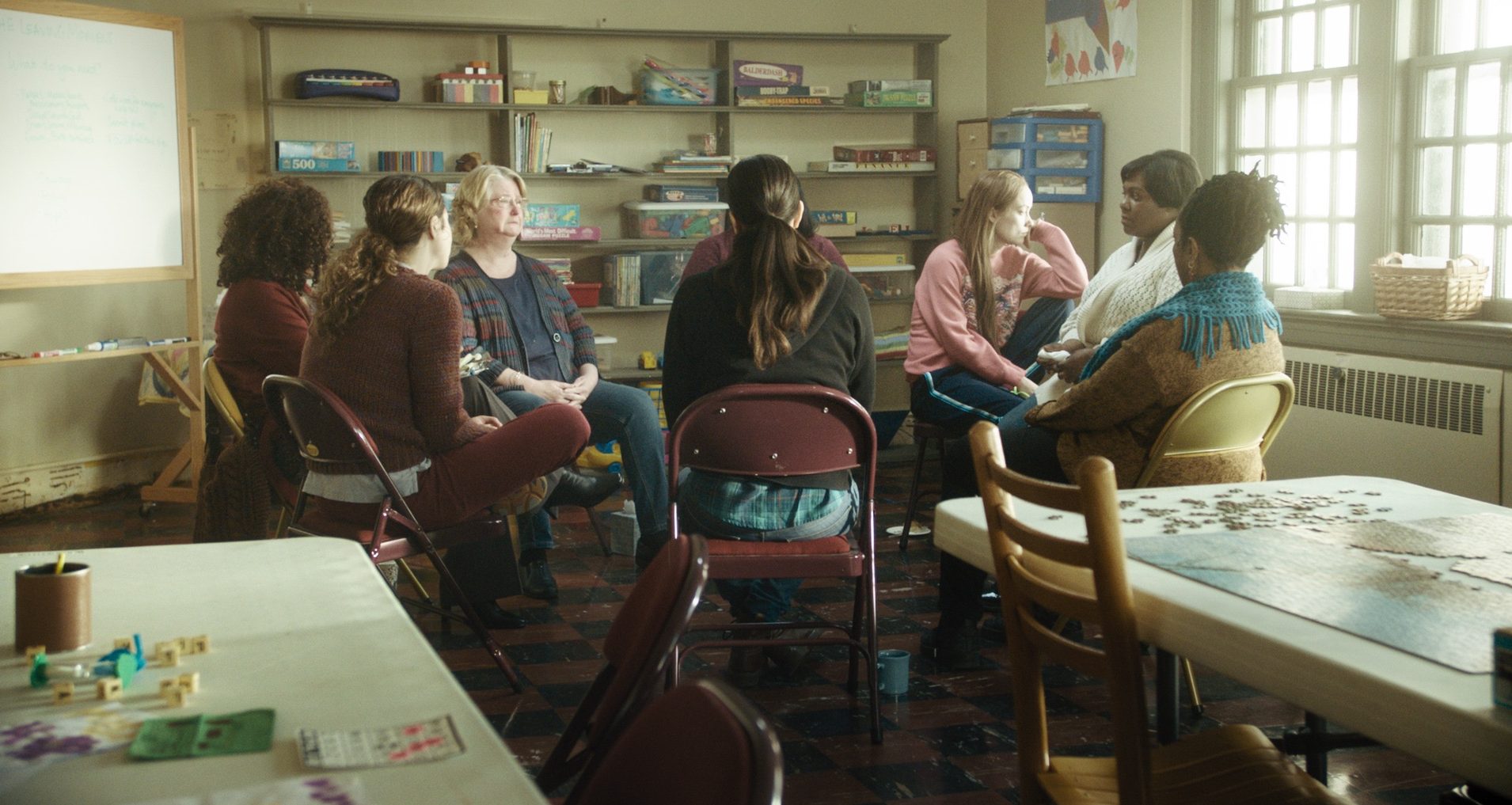 Instead of concentrating on the violence, A Vigilante focuses on its effects. We learn from an early shot of her lacerated back that Sadie has been a victim of domestic abuse herself. It has permanently marked her, and not just in a physical way. She suffers from debilitating attacks of panic and grief. She doesn’t have any friends, and lives far from her family. Her life has been ruthlessly upended, and the only way she can think of to make things right is to help others in the situation that she knows all too well.

The movie really catches fire, however, when Sadie gets to confront her own abuser. The final act winnows the story down into a bleak and brutal chase at the snowy foot of the Adirondacks. There are few words spoken as Sadie and her abuser keep switching the role of hunter and hunted, with the spectre of death lurking round every icy corner. It’s riveting stuff.

At the centre of all this is Olivia Wilde, who – with the possible exception of intense drama Meadowland – has never before had such a meaty, emotional role. A Vigilante proves what a travesty this is. Wilde nails the tricky physicality of her character; the almost eerie stillness when she is confronting other people’s attackers, and the shuddering gasps of sadness when it all gets too much. She holds the camera with an effortless grace, maintaining a sense of enigma even after we learn the full horror of Sadie’s story. Though Wilde has been around for more than a decade now, seeing her excel in such a nuanced part has the feel of a re-introduction.

Dealing deftly with sensitive issues, delivering a thrilling third act and a career-best performance from Olivia Wilde, A Vigilante is a must see.

Signature Entertainment presents A Vigilante in cinemas and on Digital HD Friday 31 May and DVD 3 June, 2019