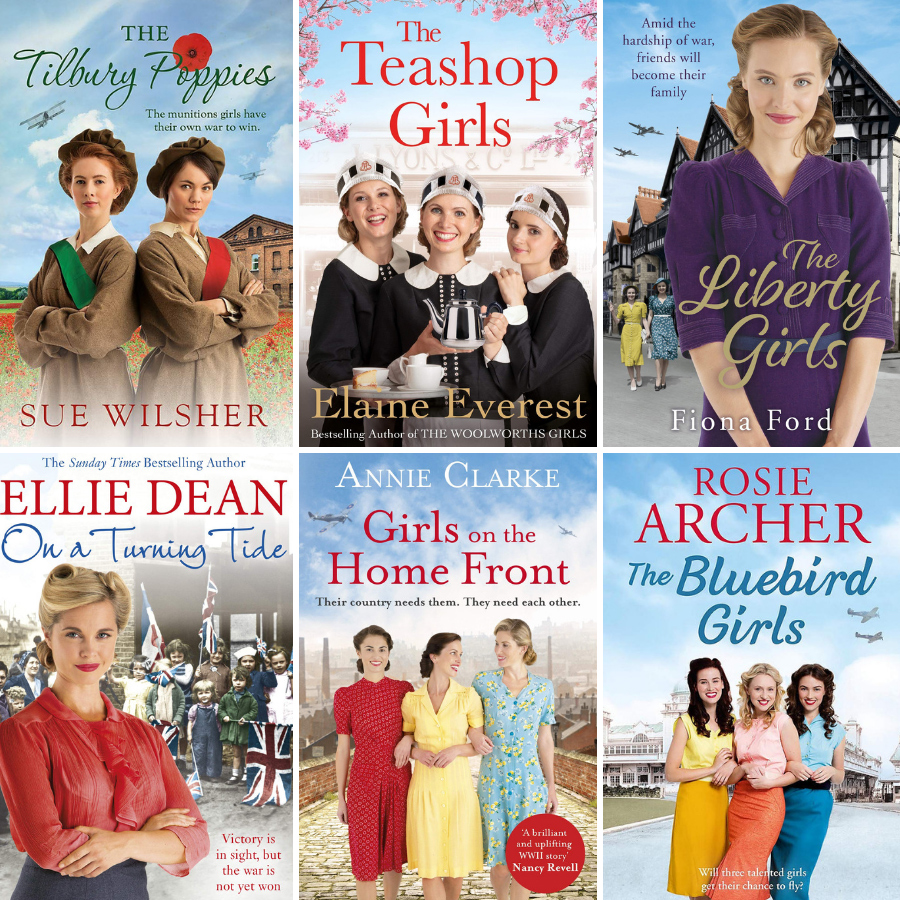 The perfect wartime saga takes readers on a nostalgic journey back in history, where times were tough and ordinary people had to do extraordinary things just to survive. These six books, set against the backdrop of the first and second world wars, are tales of love, friendship, courage and fortitude that show just how strong the human spirit can be.

The Tilbury Poppies by Sue Wilsher 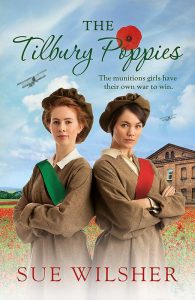 Moving away from the 1950’s era of her previous two books, Sue Wilsher’s The Tilbury Poppies centres on the lives of the munitions girls in Essex during the Great War.

With the men fighting in the trenches, Lily Pavitt wants to do her bit for the war effort. She leaves her job as a housemaid and goes to work in an explosives factory where conditions are hazardous and the women face the constant threat of air raids and workplace accidents. Forced to work alongside Lady Charlotte, the indulged daughter of the house she previously worked at, Lily tackles the new opportunities and challenges that war brings.

With evocative period detail and witty observations on the entrenched class system, this is a fitting tribute to the heroic munitionettes. (Sphere)

The Liberty Girls by Fiona Ford 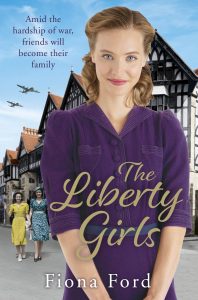 The second book in Fiona Ford’s Liberty Girls saga returns to the iconic London department store at the height of the Blitz, this time following new mother Alice as she works on the shop floor to provide a good life for her baby son.

With her husband missing in action and the American GIs sweeping into the city, Alice and her fellow Liberty girls must stick together through the hardships and horrors of war.

The Liberty Girls is just as warm and charming as its predecessor, exploring the camaraderie of the shop workers and how they balance their home/work lives. (Arrow)

The Teashop Girls by Elaine Everest 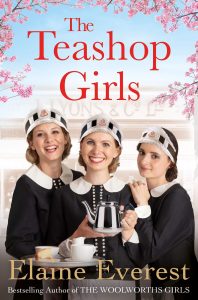 Known for her much-loved Woolworths series, Elaine Everest knows exactly how to write a compelling and historically accurate wartime saga.

The Teashop Girls is a moving tale of friendship and romance set against the backdrop of WWII. It centres around Rose Neville and her childhood friends, Lily and Katie, as they work as ‘nippies’ at a quaint Lyon’s teashop on the Kent coast. Rose’s life is complicated when she falls for the handsome Capt. Hargreaves, despite Lyon’s strict rule that staff and customers are forbidden from courting.

Whilst the war and matters of the heart are at the forefront of Rose’s mind, it is the story’s theme of female friendship that makes it such a delightful read. (Pan)

On A Turning Tide by Ellie Dean 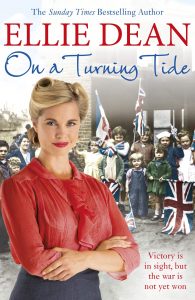 On A Turning Tide is the sixteenth Cliffehaven novel following life at the Beach View Boarding House.

It’s nearing the end of 1944 and the Allied troops are close to victory but the war isn’t won yet, and planes carrying bombs still circle above Peggy Reilly’s hometown. While Rosie makes plans for her wedding and Ron takes on a special assignment, Peggy faces her own personal battles in a new managerial role at the uniform factory.

At this point in Dean’s long-running and endearing saga, Peggy and the other Cliffehaven regulars feel like old friends. (Arrow)

The Bluebird Girls by Rosie Archer 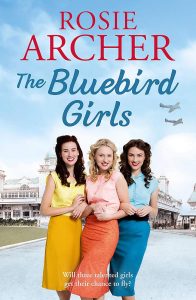 Take a trip to Gosport, Hampshire in 1939 as three young women are given the opportunity of a lifetime.

Rainey, Ivy and Bea are all gifted singers, using music to help them escape from the difficulties of their respective lives. For a few hours each week, the women are able to forget about their personal struggles by singing in a choir, but the outbreak of war threatens to put an end to their dreams. That is until a mysterious stranger offers them a life-changing proposition.

This first book in the Forces’ Sweethearts series is a heart-warming wartime story about friendship, hope, motherhood and music’s ability to heal. (Quercus)

Girls On The Home Front by Annie Clarke 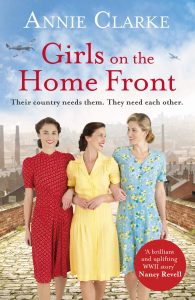 Annie Clarke’s Girls on the Home Front is a tale that highlights the strength of women during the toughest of times.

It follows Fran and her best friends, Sarah and Beth, as they join the ranks of women signing up to work at a new munitions factory.

Set in 1941, in a pit village in the North-East, this new saga is inspired by the region’s historic mining communities and Clarke’s own mother, who was a military nurse during WWII. Clarke’s love and respect for her family’s roots really shines through the novel, not just in the setting but in the characters too. (Arrow)