Life Itself has guts to target a mainstream romantic-comedy crowd while simultaneously telling a tale of profound, philosophical meaning. Starring Oscar Isaac, Olivia Wilde, Olivia Cooke and Antonio Banderas, Life Itself ambitiously tries to combine the stylistic flair of Tarantino with Love, Actually, and fails. While many may turn their nose up at something so accessible aiming to be life-changing, younger audiences pondering the wider questions may see Life Itself as a gateway to broader themes that are usually reserved for indie or art house fare.

Part of the playfulness of Life Itself is in how the story switches and swerves, changing pace and tone with ease. Narrators change, heroes and villains are unmasked and reconfigured while the stories within stories reach dizzying heights as we delve into backstories and move forward, and back, with only a Bob Dylan song to keep us company. At one point, Abby Dempsey (Wilde), the love of Will’s (Isaac) life, tells him how “sometimes it scares me how much you feel”. The same could be applied to the writer, Dan Fogelman, who seems to cram so many different issues into this two-hour movie that they are all jousting for space and rarely come out unscathed. Mental health, suicide, grief, love, parenting, marriage, integrity, loyalty and so much more all seems to find its way into this sprawling story. Equally, it is light-hearted until the darker themes hit like a gut-punch. Does that mean it’s uneven? Or bold in its effort to lull you into a particular style of storytelling before reshaping and lifting the curtain to reveal the brutal reality of life. This is a film that the less you know, the more you may appreciate. 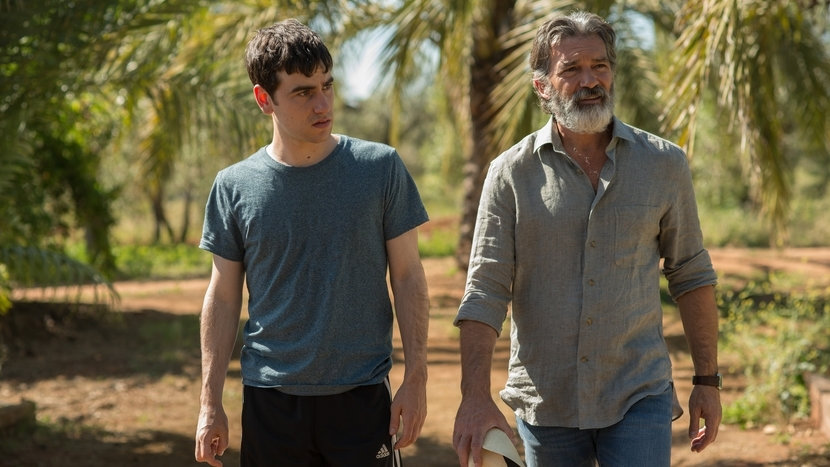 It might have tried to take a leaf from the multi-generational Tree of Life and the scope of Eternal Sunshine of the Spotless Mind, but it is categorically inferior to both. With its multiple stories on heartbreak and happiness, Love, Actually feels like the best fit – and even then, it has a darker, upsetting edge that could be mocked as a cheap narrative ploy. Already, Life Itself has garnered negative reviews and the busy plotting of a snarky middle-class white-people drama, that makes up this story, is cringe-inducing and overly in-yer-face. For a film about life, it seems to rely an awful lot on traditional heterosexual relationships, where the desire – and success – in having children is as easy as ordering a takeaway pizza. There is something special buried within the many stories we see but it takes a lot of digging to pull it out.

Life Itself is flawed but there is a sense that Fogelman put his heart into this and hoped it would be embraced. For that decision, and the enormous effort the actors put in, Life Itself is not without merit. There are moments that will shock and directions it will go that you would be surprised it has taken you, but the momentum is lost when we drift too far away and the repetition of key moments can weigh the film down after the third or fourth repeat. Heartfelt and dripping with cheese, Life Itself aspires to be an unconventional hit but may only be remembered for the obscure and odd choices it makes rather than the bold and brave ones.