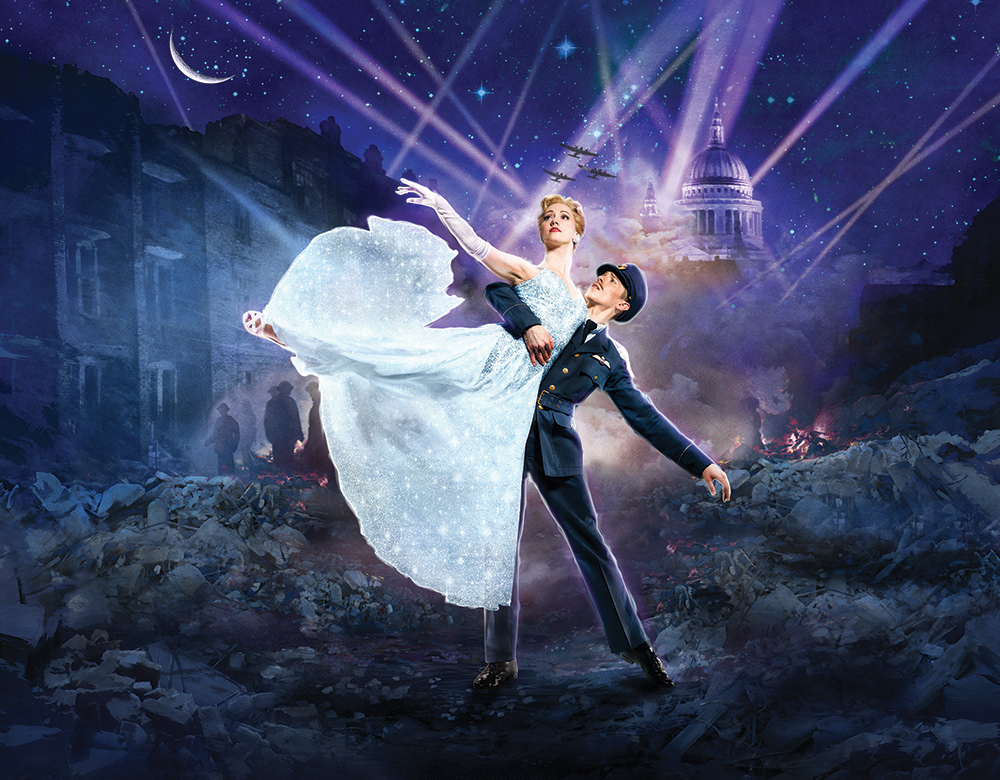 Cinderella is a fairy tale about transformations: across the ages, the archetypal rags-to-riches tale has enchanted all cultures, imaginations and artistic forms with its transformative magic. From glass slippers, balls and a prince, to gas masks, bombings and a traumatised pilot, Matthew Bourne reimagines the classic, richly and wittily changing it into a wartime romance. With Prokofiev’s euphonious score, Lez Brotherston’s glamorous forties costumes and cinematic sets, and Bourne’s charming choreography, this is a fairy tale that glitters in the gloom of the Blitz.

The charm of this Cinderella is in the transformation: an unloved Cinders is whisked away to a ball, but it’s in a rocking café, not a royal castle, underneath the war-torn streets of a bombed-out London, and it’s a pilot, not a prince, she falls in love with. At the ball they dance jazz and jitterbugs as well as waltz, and it’s a fairy godfather in a white silk suit that whisks Cinderella away in a sidecar. As the determined dreamer Cinders, Ashley Shaw’s playful pas de deux with a dummy – in place of dancing with her broom in the ballet – is delightful, and her dream blossoms into life as Andrew Monaghan’s dashing pilot in an inspired act to introduce the prince before the ball.

The setting for the ball is based on a real-life cabaret bombing during the Blitz, each act prefaced by Pathé projections with real images of air raids, and the drama of Bourne’s Cinderella makes the stakes much higher than being home before the clock strikes twelve: Lez Brotherston’s ballroom – or cabaret bar – is obliterated by bombs at the beginning of Act II, but Liam Mower’s light-footed fairy godfather breathes life back into it. With Britain’s darkest hour as the backdrop, Matthew Bourne’s Cinderella is dark and dramatic as well as dreamlike, with Cinders and her pilot prince’s pas de deux in his lodgings, beautifully lit by Neil Austin’s design, a tender tumult of lifts and embraces imbued with so much more lust and longing because of the doom that may await them or the dream they may awake from. 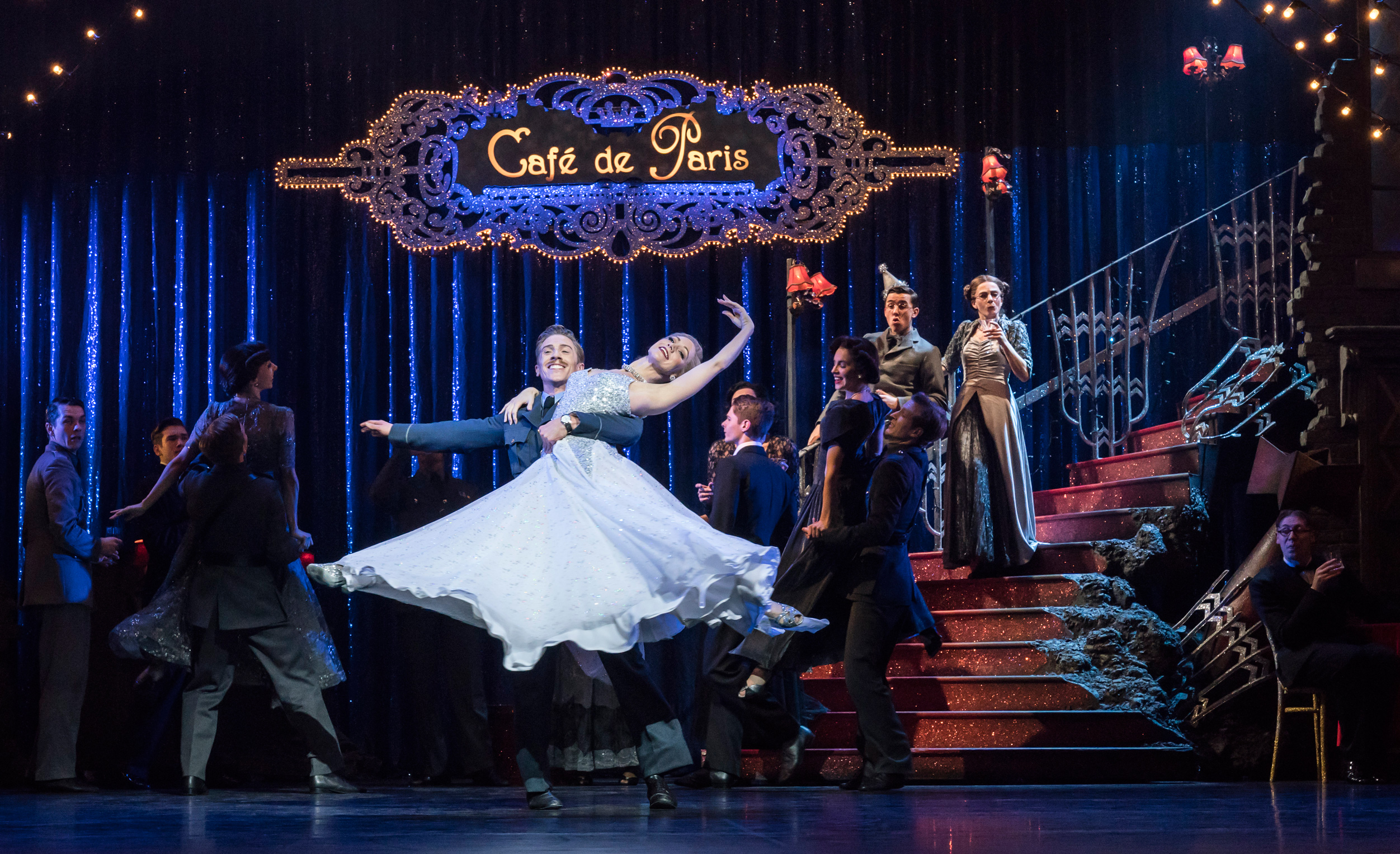 The whimsical, romantic, yet ultimately intermediary mood as Cinders dances through a night that is both dream and nightmare is reminiscent of A Matter of Life and Death, and the film was a muse for Bourne. In his interview as part of the insightful featurette, the choreographer reflects on the varied classical and contemporary influences on the work – from Prokofiev’s music being composed in the forties to Frederick Ashton’s authoritative classical version to the fantasy romance of Powell and Pressburger’s film – yet always revisits the universal principal that affects all his ballets, from Swans to Sleeping Beauties; the beautiful chaos of living and loving, being and believing.

Other than the incomparable direction and design, captured with ex-dancer and screen director Ross MacGibbon’s expertise, the dramatic accomplishments of Cinderella are in the performances of New Adventures’ dance-actors. Each character, from Jackson Fisch’s boyfriend-fancying, bum-fondling brother to Dan Wright’s gawky, glasses-wearing geek with a foot fetish, is well-developed and wonderfully amusing. Michela Meazza’s evil stepmother Sybil is deliciously devious with enviable extensions, Dominic North and Glenn Graham’s heroes fly high, and Liam Mower’s fairy godfather’s leaps and lines are exceptional. Ashley Shaw and Andrew Monaghan are a perfect pair as Cinders and her pilot prince, with their pas de deux passionate and playful and effortlessly performed.

Filmed live at Sadler’s Wells and underscored by Prokofiev’s magical and melancholy music, Matthew Bourne’s Cinderella mixes the magic of the fairy tale and the dramatic milieu of wartime Britain perfectly in a delicately funny, deeply touching, and endearingly danced production. Cinderella shall go to the ball, even in the Blitz.