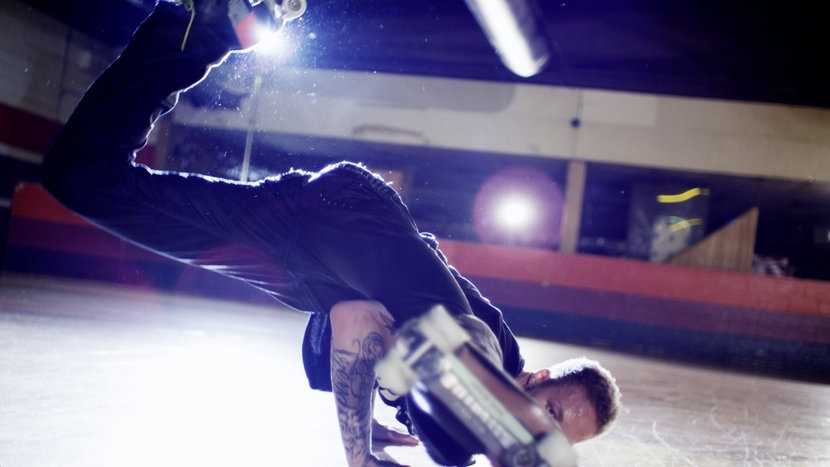 In the United States, roller-skating is an art form. Hip-hop beats dominate the noise in the rinks while unique, personalised roller-skates are customised to suit the rollers themselves. United Skates is about the history of this culture and how, in the current climate, it is being erased. From Los Angeles, New York, North Carolina, San Francisco and Chicago, roller rinks are a vital part of the African-American experience. Families together spend evenings practising and taking part in the communal space. United Skates will wow with the pure athleticism of the skaters and force you to defend the stylish social activity on all fronts.

Phelisha, in LA, regularly attends the local Skate Depot with her children, among them Shannon and London, who adore the rink. Reggie in North Carolina, a keen skater with his wife, is limited to skate clubs where the music is nasty and slow speeds and kids falling on the rink dominate. Then there is Buddy Love, in Chicago, who has operated a skating rink himself for years but the enormous cost to rent the place from the council has only gone up and up. It takes a lot of $5 entrance fees to pay those bills, he says. These are safe havens for children who could otherwise be involved in gangs while parents know that their children are safe. Like Mehndi patterns across Asia and masks across Africa, different areas in America have different stylistic flourishes. In Chicago, for example, there’s the JB skate, named after James Brown. It’s a fast skate where, in roller-skating form, dancers call-and-answer with their boots. It is a mesmerising and inspiring show and you’ll be tempted to pick up a pair on the way home from the screening. 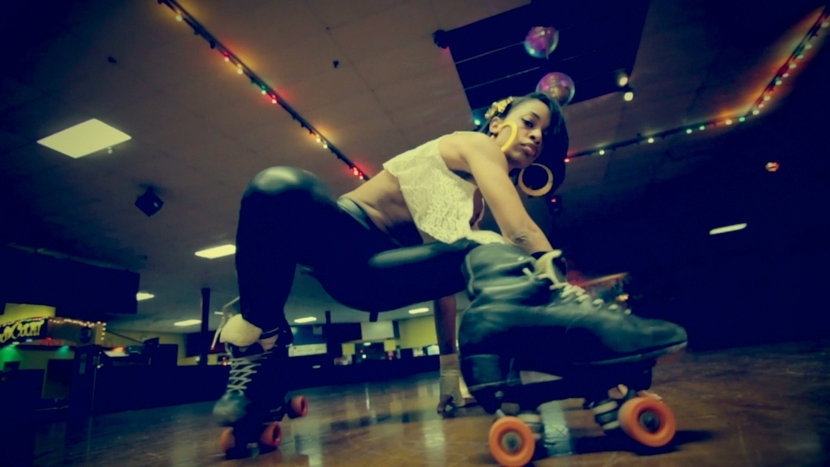 As soon as the film starts you are immersed in the bouncing beats and electric energy; it’s infectious. Produced in part by John Legend, directors Tina Brown and Dyana Winkler find a wide range of vital figures who have experienced the change as it has happened over the last thirty years. At its peak, NWA, Queen Latifah and Dr Dre would perform at skating rinks while Salt-N-Pepa and Coolio are our peek into how key they were in the hip-hop and rap scene. Through clear graphics, we see the destruction of a cultural touchstone of American history. The amount of time to learn how to move in such a smooth fashion requires patience, focus and motivation. Any teenager, and there were a lot, would take pride in their skill in skating – even ripping apart shoes so that they could transform them into slick converse-skates or Timberland-skates or way-better-than-normal skates for the weekend. This brought families and friends together and fostered a sense of creativity in children and adults alike. The way United Skates then explains how these creative decisions would become hard and fast rules to refuse entrance then adds a whole extra level of frustration and anger at the divisiveness in America.

Last year, director Kate Hickey screened Roller Dreams, a documentary specifically focusing on the LA communities who rolled. It is clear that roller-skating is a thriving, fascinating part of US culture that needs to be protected. The traditions of African-Americans, too often, are relegated to a fringe movement; a smaller footnote on the larger picture of America: this needs to change. Like Cowboys and Elvis, roller-skating is a favourite past-time and it needs protection. It will never die as it has already been engraved in the history books; as part of the anti-segregation protests; as parts of a progressive change that brought communities together. United Skates champions are what makes America great and what needs to be celebrated. Spectacular stunts and passionate pioneers of skating fill United Skates, as it becomes intoxicating how important this art form truly is.