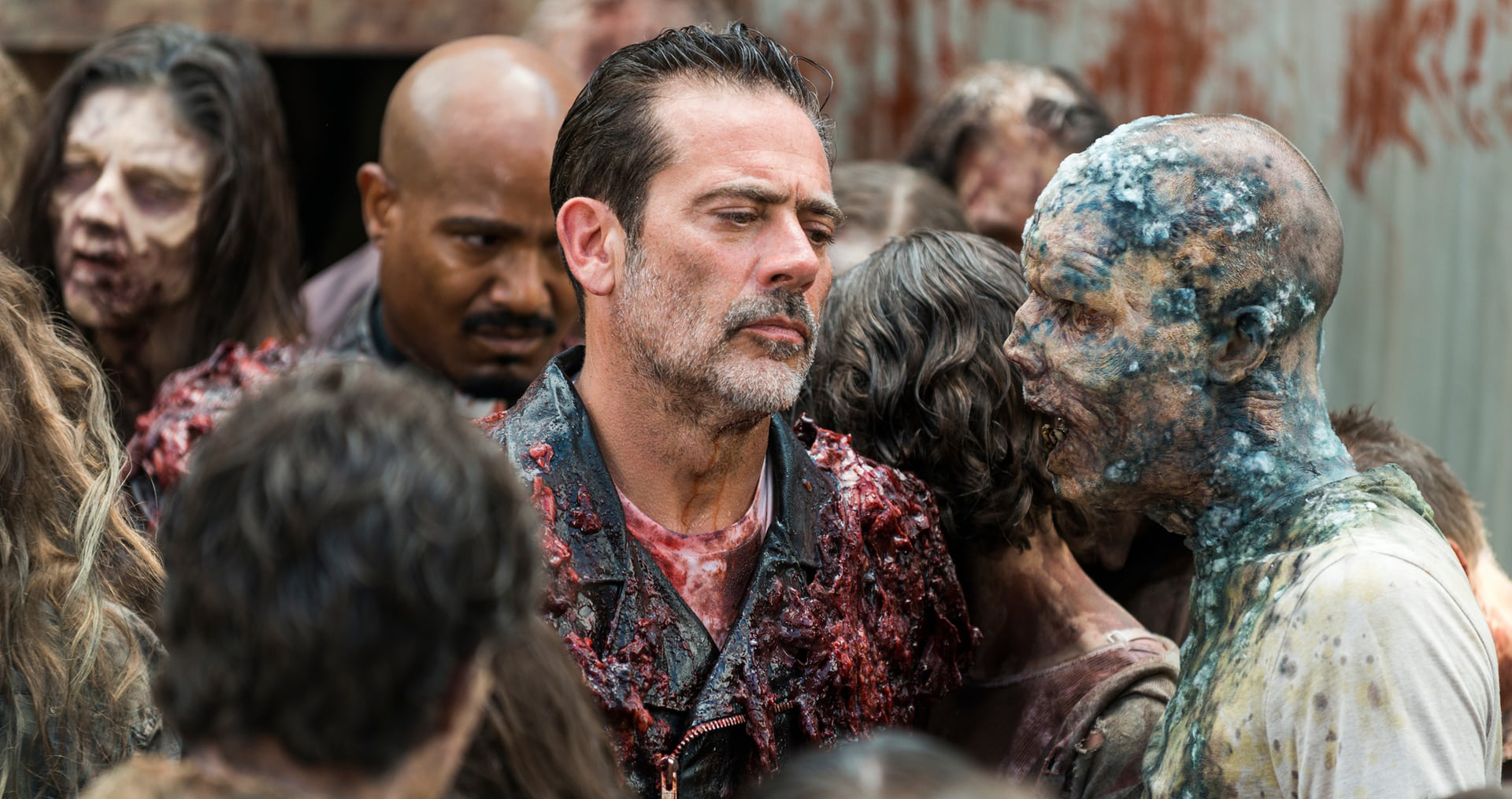 So that was that. The resolution to Negan (Jeffrey Dean Morgan) and Gabriel (Seth Gilliam) being trapped together in a trailer as a hoard of walkers descended on them. Remember them? We last saw them back at the end of season opener Mercy and then the writers decided it’d be a good idea to just forget about them for the next three episodes. But here we are with ‘The Big Scary U’ and we finally found out what happened to the leader of the Saviors and everyone’s favourite priest. I say favourite priest but he’s not a patch on Father Ted really. Or Dougal. And definitely not Jack.

Was it worth the wait? Well, that depends on what you were hoping to gain from the episode. If you were hoping for a slightly more fleshed out Negan, offering a little part of his back story as a confessional of sorts, then you’ll have been very happy. If you were hoping for a resolution that made sense and was vaguely exciting then you’re out of luck. If there was ever an episode you could use to illustrate The Walking Dead perfectly then it’s this one. All the anticipation and potential in the world and it generally falls flat on its face, only offering a few glimpses of decent storyline progression, instead deciding to be completely nonsensical as usual and generally quite boring.

The opening flashback scene included Gregory (Xander Berkeley) and Negan having words before they went out to meet Rick and it felt fairly unnecessary on the whole. We know how different these guys are with their approaches to leadership, so what are we really meant to get out of it? The little glimpse of issues between Negan and Simon (Steven Ogg) may be a hint towards what’s coming in the future but again it’s a case of The Walking Dead doing very well at distracting from what we really want to see.

Thankfully we got to spend a fair amount of time with Negan and his pal in the trailer. Gabriel thought it was a great time to try and get Negan to confess to his sins and to be honest he’s quite lucky Negan didn’t just smash his head in really. Instead we saw a tense war of words between the two that ended up being somewhat cathartic for the ruthless leader as he faced up to his devastating past. He lost a wife – his one true love – and this gives him a little heart that has been sorely lacking. Don’t get me wrong, Negan’s a hugely entertaining character and that pure evil streak works wonders as a villain, but it’s always better to have more than one dimensional characters. ‘The Big Scary U‘ goes a long way to making us care more about all things Negan. 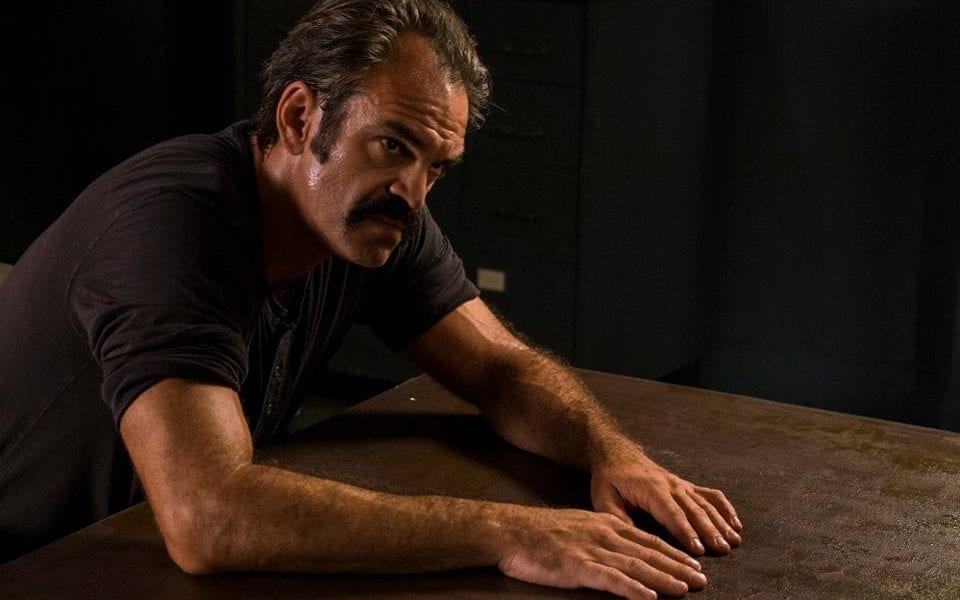 It’s interesting to see the dynamic between the Saviors and the plotting to save their glorious leader. He got out far quicker than they ever managed to come up with a solution, allowing him to make a statement entrance and quickly establish his power again. All these people have a huge amount of respect and admiration for Negan because he’s allowed them to live and survive, so while he’s a complete a-hole to many, he’s very loyal to his own followers. That loyalty may not be returned by all though, as we got the impression Eugene (Josh McDermitt) and Dwight (Austin Amelio) may well be edging towards a major move against him.

Sadly it doesn’t seem as if Negan and Gabriel are going to be going for dinner any time soon. Poor old Gabe got the villainous side of the Saviors once again as he’s thrown into a cell. He seems to be in real pain too. Has he been bitten? That would be a poor ending for a guy who has stuck around for so long, so it wouldn’t surprise me. Gabriel’s journey has been a tough one, often written as quite the annoying character, but he has a good heart. To see him attempt to save Negan despite everything he’s done plays to his true devotion to God and that loyalty is admirable. Would his loss leave much of an impact on the show though? Probably not, and that’s a shame.

The most upsetting part of the episode was Rick (Andrew Lincoln) and Daryl (Norman Reedus) having their own petty squabble over who they want to kill or not kill. At this point in time they’re really not on the same page which could lead to dire consequences for their group. It didn’t exactly feel like a fight that was built up to but frustrations can boil over and who knows how we’d all act in a zombie apocalypse anyway. Will more come of it or was it just a good excuse to get Rick walking so that he could see a mystery helicopter in the air? Who is it? Anneka Rice? Probably not but you never know. If this is all leading to an Arnie cameo where he shouts ‘Get to the chopper!’ then I’m totally on board. That really would save this season.

While last week’s episode was heavy on the action and drama, ‘The Big Scary U’ stripped all that back and focused on character development and important conversations. It’s nice to have an hour that isn’t just full of people running around shooting guns. Going forward the Negan storyline should work better because of what we know, although whether we’ll see him again soon or in a few weeks remains to be seen. It was a shame we didn’t get the chance to pick up with Ezekiel (Khary Payton) after those emotional developments in ‘Some Guy’ but we’re used to the waiting game by now. The writers just need to work a little harder to reward our patience.