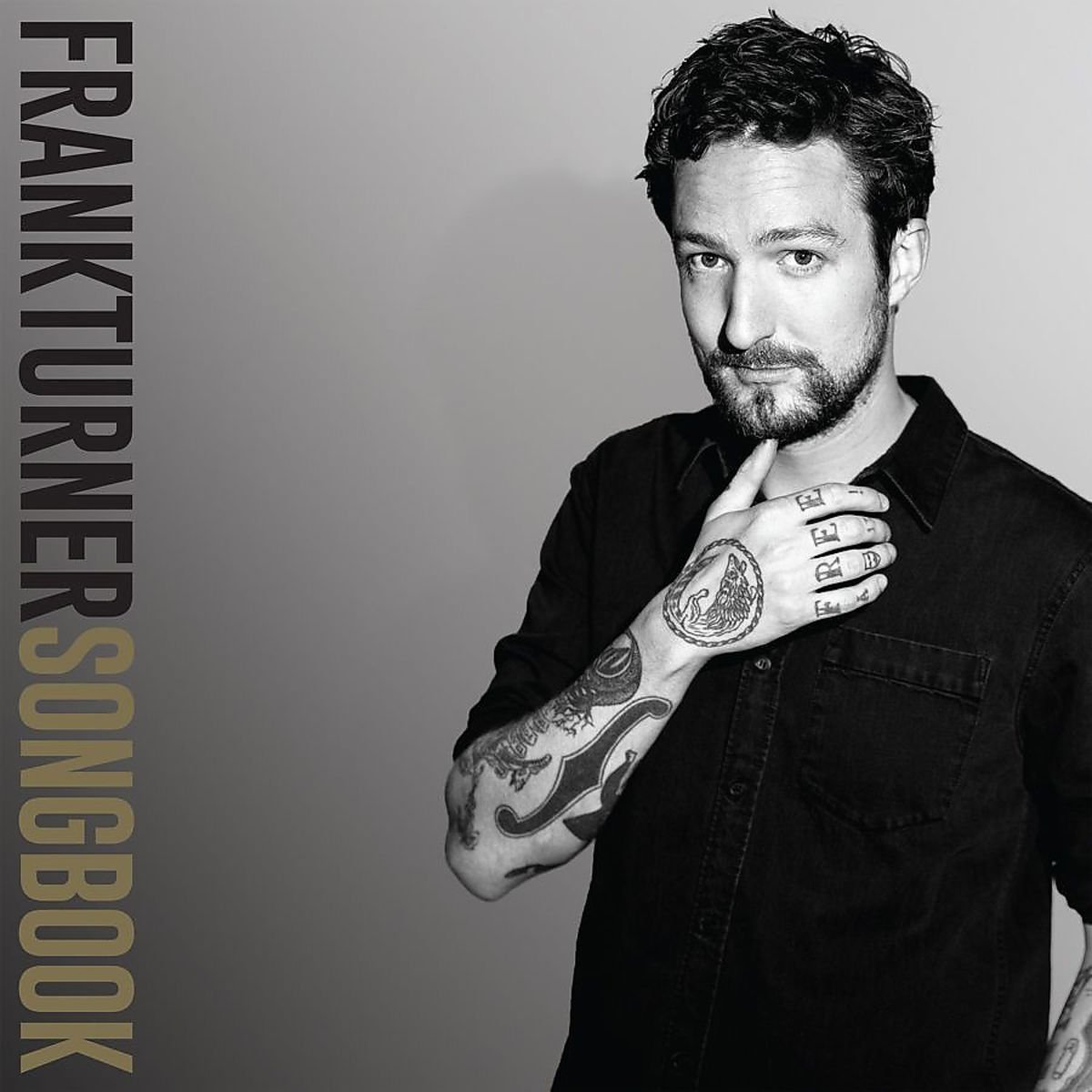 Songbook is a mid-life retrospective from Frank Turner, the punk-folk troubadour who has built a career on music for music’s sake. Sitting somewhere in between Bowling For Soup and Bellowhead, he is a songwriter of the old breed, a man who cares about lyrics, who makes melodies serve stories and revels in his Z-list celebrity status. His loyal following are regularly rewarded with new material, and Turner specialises in the ‘warts and all’ approach, releasing every last musical brain fart from his recording sessions, dishing up fully-formed singles for radio play and deeper-than-deep cuts for die-hards all at once.

In some ways, that makes this ‘best of’ release feel out of step with Turner’s usual modus operandi. Why kill time by repackaging old songs when you could be releasing fresh tunes? The answer lies in Songbook’s second disc, a collection of re-recorded old favourites like ‘Polaroid Picture’ and ‘The Ballad of Me & My Friends’. This album isn’t a cynical attempt to squeeze money from an eager fanbase. It’s a moment of reflection for a grown-up angry young man, a way for Turner to ponder his past and recast familiar songs in a 2017 mould.

We should also remember the Bob Dylan Rule for Uncompromising Artists. To be a true individual, you should always do exactly the opposite of what people expect you to do. So if Turner wants to mark 2017 with a Greatest Hits release, then right on and stick it to the man.

There’s no disputing the calibre of his back catalogue, though. If anyone deserves to revisit past glories, it’s him. From the chunky Bryan Adams rock of ‘Glorious You’ to the whimsical strumming of ‘Wessex Boy’, Turner delivers heartfelt, passionate songs with their emotions stamped brightly on their sleeves. ‘Long Live The Queen’ is a perfect case in point, its driving acoustic chug and hearty shout-singing masking the sniff-inducing story of a young woman’s last days on Earth. As she goes for a final drink and smoke, Turner’s punky thrumming mirrors her deliberate optimism. It only lets up as the narrator receives news of her death. Who’s cutting onions in here?

The new versions on disc two are a pleasant walk down memory lane, as well – a good way of making the familiar surprising. Openers ‘Photosynthesis’ and ‘The Way I Tend To Be’ are softer than the originals, a little more melodic and considered, and that vibe continues throughout. There’s less clatter and more finesse, bringing the deep thought of the lyrics to the fore.

That’s a welcome change. Frank Turner specialises in finding the poetry of the everyday in a way that few English writers do. Tales of small-town miscellanea are more often an American pursuit (Bruce Springsteen, Billy Joel and Paul Simon have all made an art form of them), but Turner has a way of poeticising Little Britain that marks him out as special. Who else would write the lines ‘we planned the revolution from a cheap Southampton bistro / I don’t remember details but there were English boys with banjos’?

That’s what makes his fans so ardently dedicated. They recognise their own lives in his words, and he offers them a way to make sense of the harshness of ordinary days. It’s also the reason his gigs are such riotous affairs. They’re a whoop of joy in the face of rainy Wednesday melancholia.

Songbook is testament to an evergreen talent, a man whose bucket of inspiration seems to have no bottom. A perfect introduction for newcomers, and a welcome revisit for old hands. Cherish the past while you wait for 2018’s new material.

Songbook is released on 24 November 2017 via Xtra Mile Recordings

Camden Rocks 2019: 10 artists to check out at this year’s festival