For a show with an eponymous title, Mr Avila doesn’t actually show a whole lot of Tony Dalton’s protagonist. That’s the first impression given by the show’s premiere, now showing in the UK via Channel 4’s Walter Presents platform, some 4 years on from its original release in 2013. There’s plenty of room for slow-burn build-up across the remaining 12 episodes of the season, but it seems a slightly surprising approach to take in introducing an insurance salesman who doubles as a professional hitman, the kind of scenario that seems designed to provide a shocking entrance for character and audience alike.

Instead, we’re introduced to the show through a side-plot, that of Ismael, wandering bloodied into a bar the day after his 18th birthday, asking for help taking out ‘doors’ while getting steadily more drunk. Ismael appears with almost equal importance across the episode, building steadily from that first conversation with the bartender, to being put in touch with the same hit agency we later learn Avila works for, to taking matters into his own hands when his request of a hit on his abusive father is rejected on financial grounds.

As above, I’m sure that Ismael’s desire to get into ‘the business’ and his situation will become more significant as the series moves forward, but it felt slightly out of place here. There was also a slight sense that things were being rushed, when Ismael went immediately from cutting up his now thoroughly dead father, who had been beating his mother and him… to physically threatening his mother himself. The idea that an impulsive, violent and reckless son might become so like the father he despised isn’t at all farfetched – indeed, it could make for a good development – but instead of the multiple episodes such a transition might need to do it justice, we got mere seconds here. 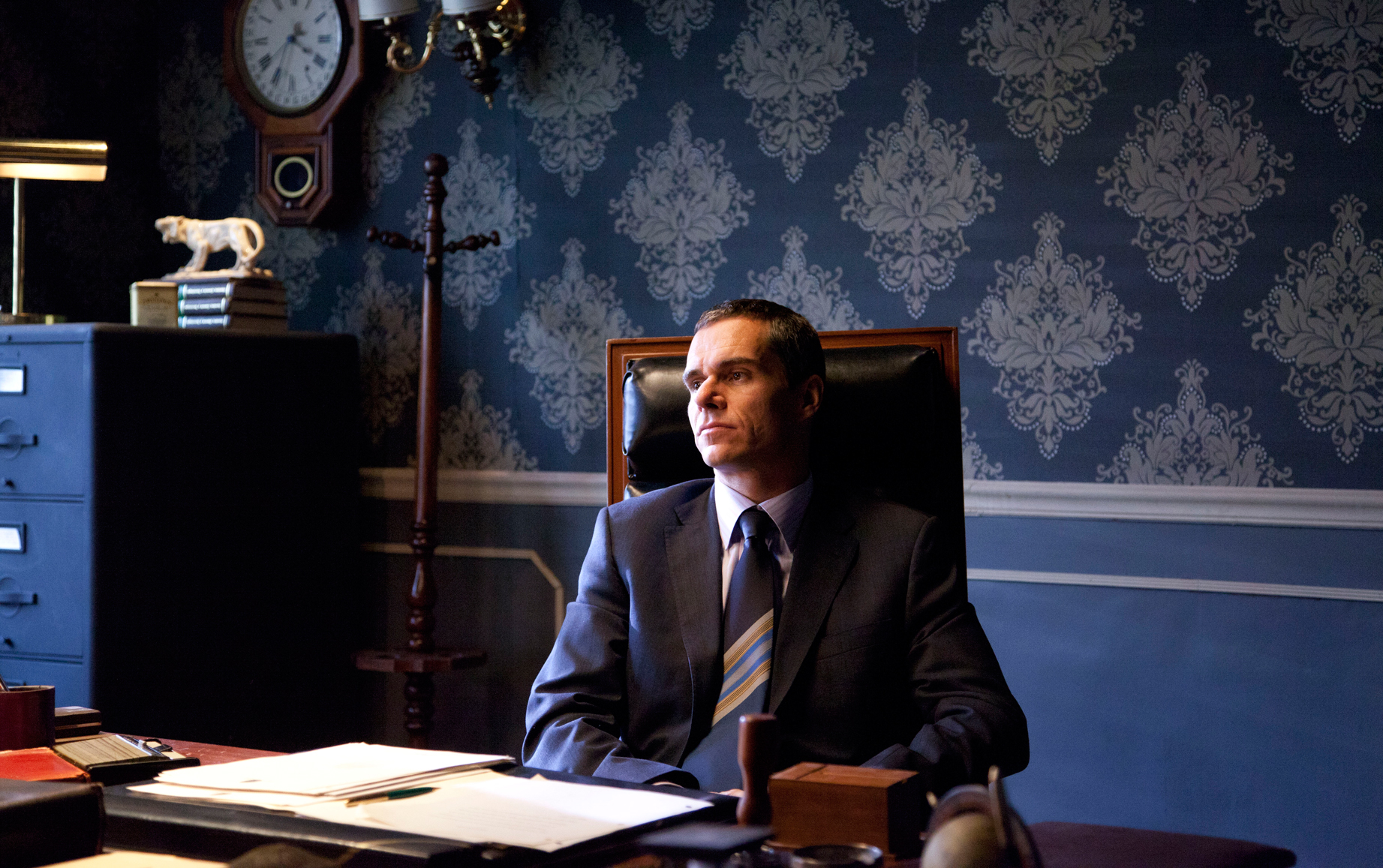 Where we do see Avila, it’s largely a matter of routine: tricking customers into taking out exorbitant life insurance with warnings of spontaneous death, pursuing an affair with his colleague in the work toilets, then later switching to become the dutiful husband, and the careful hitman. It gives a good overview of his day-to-day life but it doesn’t give much of an indication to how he feels about any of it, or why he leads a double life at all. He seems to pay little attention to his wife in bed… but then doesn’t entertain personal conversation during his seemingly daily hook-up at work. He goes by the book at his day-job… and cleans up as necessary at his night-job. A character with so many angles and kinds of identity should be a mess psychologically – whether that manifests through anger, apathy or whatever – but Avila seems too clean for who he is. Of course, as I said, there’s time for it all to go wrong – and this is a show that’s ran to four seasons by now – but there aren’t many developments in this premiere.

The most significant of those that do occur comes through the hapless and beleaguered Ybarra, whose condition of recurring temporary fits of blindness ends up coming in the way of what should have been a simple hit. He shoots the target, but doesn’t kill them, so that in finishing the job, it’s no longer quite so possible to make it look like a suicide. Not after he smashes the guy’s head in with a chair, that is. That, unsurprisingly, causes issues with his and Avila’s employer, as does the prostitute who was somehow shot through the wall when the victim tried to shoot Ybarra with the very gun that was planted on him. The whole affair is straight out of farce, in a good way, but it’s not really played for laughs, instead carrying an air of an onscreen gaffe that the actors try to pretend hasn’t happened. There is the question of why the attempt was setup to be so disastrous, if there was also going to be such an insistence on serious tone, as the two don’t really mix; the same outcome of Ybarra’s condition messing things up could have been done in a way that fit better than this.

Mr Avila, like so many shows, has potential. But that’s the sort of phrase that, when used for a premiere, is cover for the fact that the show also isn’t quite working right now. Having potential after half a season means that there are good moments and bad moments; having potential after one episode means that there aren’t really good or bad moments, just middling ones. And that’s the feeling Mr Avila gives off; a show about a hitman with a double life should at least be exciting, but for now, Mr Avila isn’t quite there.

Mr Avila premieres on Channel 4 on 21 November at 11pm