Another Kind of Life: Photography on the Margins at The Barbican Review

With more options for watching TV series than ever these days we are absolutely spoilt for choice. Sounds like a real first world problem doesn’t it? There’s only so many hours in a day though, so we’re almost having to be pickier with what we watch now. General TV is usually dominated by UK and US shows without delving into Amazon and Netflix and then there’s output from other countries worldwide. How are we meant to know what’s worth our time? I’ve been lucky enough to review a number of foreign series that form part of the Walter Presents collection on More4 and it’s safe to say that Walter Iuzzolino has won me over as a man to trust when it comes to international television worth watching.

Water’s latest choice, Rough Justice, is unsurprisingly another solid crime drama that manages to stand out from his other choices. We all know how many similar shows there are out there and you could spend all day watching procedurals but it’s the quality of writing and performances that really make a show and this is no different. This Belgian offering may not have the twists and turns of other series or the most imaginative storylines, but lead actress Hilde De Baerdemaeker is captivating enough to make anything work. As Commissioner Liese Meerhout she delivers a strength and determination often reserved for male dominated shows. Rough Justice is all about her willingness to do whatever it takes to get to the truth no matter how others try to cover it up. If you’re missing Line of Duty and Vicky McClure’s no nonsense Kate Fleming, then this should keep you going for a while.

Considering we’ve just had International Women’s Day, it’s good timing to get into another female led drama that proves they’re as intelligent and hard hitting as any man can be in a tough environment. In fact it’s clearly even more difficult for Meerhout to succeed and she has to work twice as hard to be taken seriously – often by her colleagues and sometimes even those she’s trying to help. Yet beyond that obvious gender challenge there’s a respect that is earned and a belief that as long as she gets the job done it doesn’t matter who she is. And that’s how it should be really. As important as it is to recognise the strength of women, it’s sometimes nice to just have everyone treated the same without debate, as if there’s nothing unusual or unexpected about a female in a position of power. 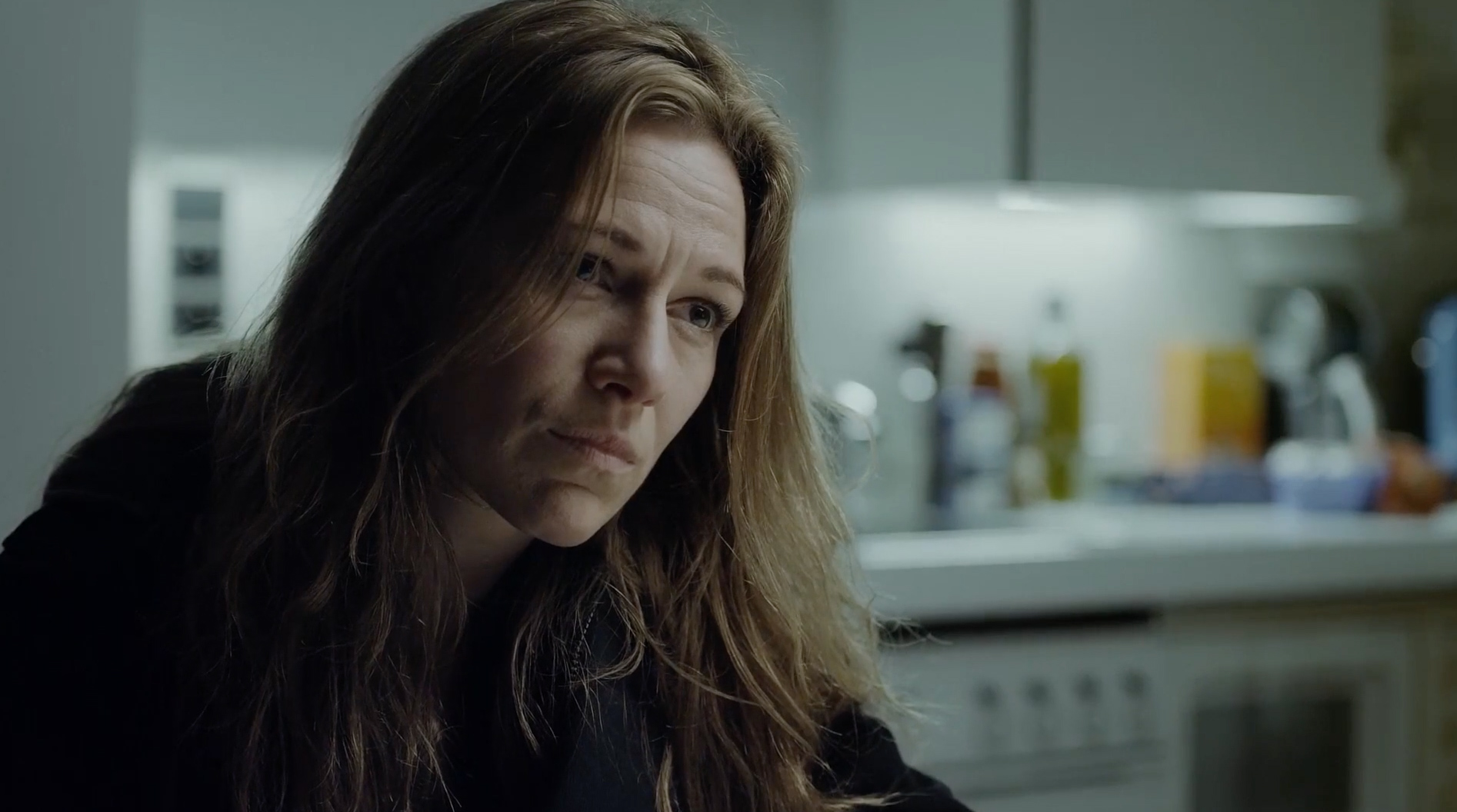 Based on the novels by Toni Coppers, and using a mixture of existing stories and new ideas, Rough Justice doesn’t deviate too far from the tried and tested crime formula but that’s not necessarily a bad thing. Sometimes you need to play to the strengths of the genre and that’s exactly what the show does. It looks at different cases while carrying an overall arc regarding Meerhout’s history and an old case she thought she had buried. Each episode has something new to allow casual viewers to dip in and out, while the bigger picture will keep fans coming back for more. Importantly, Meerhout isn’t just a straight-laced, boring cop character that no one can relate to. Instead there’s a human side to her and one that leaves the viewer appreciating her unorthodox techniques and quirky, unique nature. If there’s anything that makes Rough Justice worth sticking with then it’s absolutely our drum playing lead.

Whether it’s a suspicious car crash or a murder that needs solving, Meerhout and her team put their all into every investigation, often going way beyond the normal protocol. Hilde De Baerdemaeker has great chemistry with her colleagues, including Luk Wyns as the troubled policeman Michel Masson and Lotte Pinoy as Superintendent Sofie Jacobs. Each of the main cast members delivers a solid and believable performance that feels like they’re all contributing to a team willing to work together for a common goal. They may have their own individual issues they’re all dealing with but when it comes to work they all band together as well as they can. It’s safe to say that Walter has managed to find yet another international drama worth your time and while you may think we’ve had enough moody detective series over the years, I’d argue that Hilde De Baerdemaeker could definitely persuade you otherwise. And really on a cold and rainy Friday night what else are you going to be doing? So curl up on the sofa under a blanket and enjoy another quality piece of drama.

Book Review: The Killing of Butterfly Joe by Rhidian Brook

Another Kind of Life: Photography on the Margins at The Barbican Review