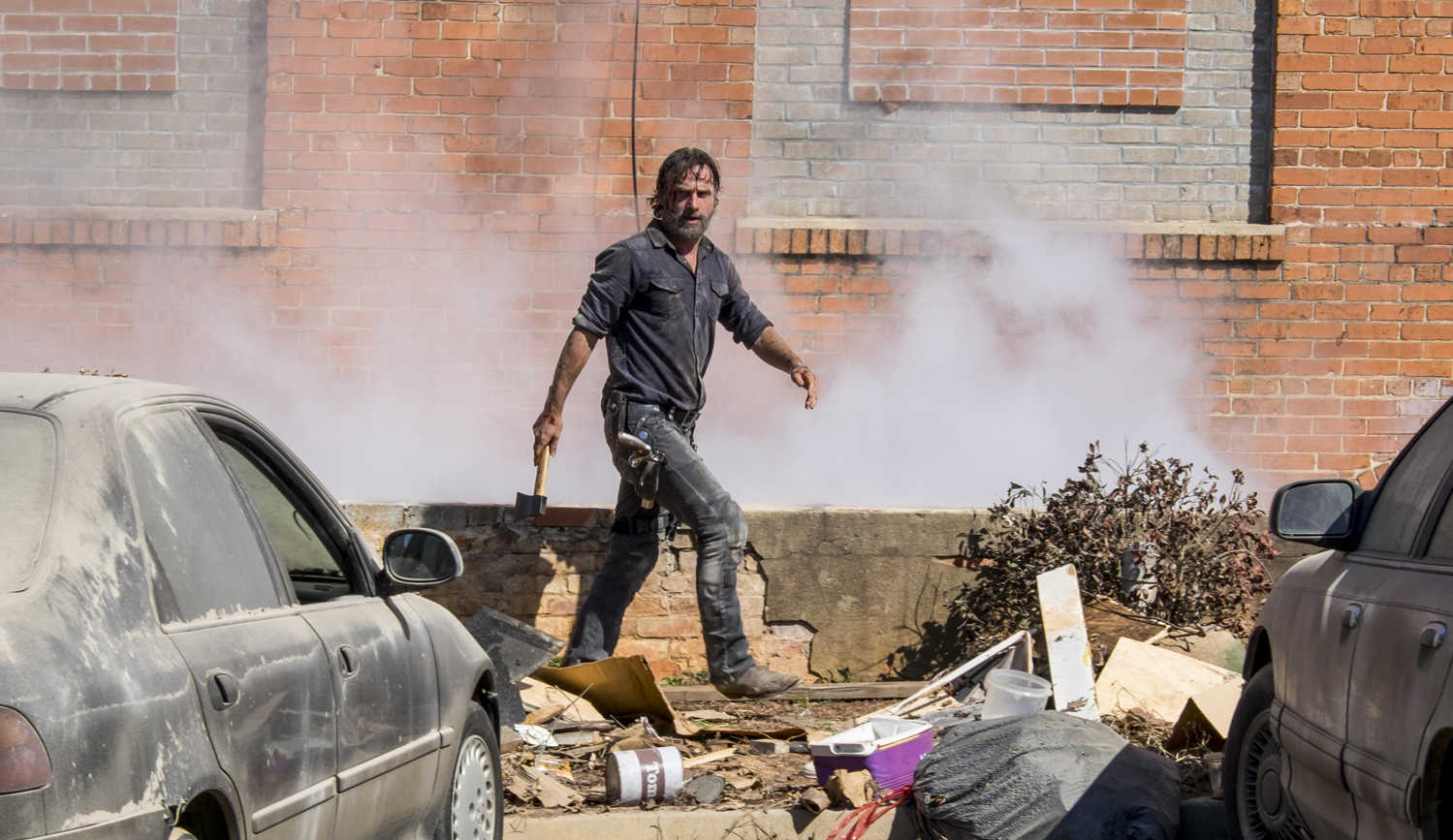 Well, I think we can all agree that The Walking Dead is far better for Rick (Andrew Lincoln) completely ignoring his dead son’s wishes for peace and for everyone to get along. Where’s the fun in that? Instead he’s gone off the deep end, focused solely on all things Negan (Jeffrey Dean Morgan) and he’s a one man ass kicking machine who isn’t taking any shit anymore. What a relief that is. One of the worst things about The Walking Dead over the years has been all talk and no action, especially when it comes to our fearless leader and his emotional instability. Fair enough, he’s been through quite a lot but it hardly makes for good TV does it? I’ve often had the feeling that you could probably get away with watching 3-4 episodes of a season and hardly miss anything and that’s not great. You need that encouragement to come back every week and that’s clearly what the writers are trying to do now. Better late than never hey?

Rick seems to have found Negan’s weak point, which is strangely his barbed wire baseball bat Lucille. Does he care more for his inanimate object than his actual followers? Sure it’s named after his late wife but it’s still a slightly odd relationship he has with it. Interestingly Lucille (the bat) is at the forefront of this week’s episode ‘The Key’, which focuses on Negan’s plan to infect everyone with walker blood because why not? Clearly shooting each other all the time isn’t getting anyone anywhere so let’s up the ante and make people suffer a bit more. Rick seems like a serious threat here for a change and Negan’s on the back foot, no doubt disappointing some fans who are hoping for his demise sooner rather than later. He has certainly been a divisive character and many are pointing the finger at him for the downturn in show quality, although I disagree. Jeffrey Dean Morgan is a fantastic character actor and doing the best he can but the writers have rarely learnt from previous mistakes with pacing or too many characters.

It’s a pleasure to say that ‘The Key’ is actually one of the best episodes of The Walking Dead in quite some time, if you don’t include premieres or finales. What made it good? The writers finally seemed to achieve a decent balance between action, character development and moving the story on. I don’t envy the fact they have so many people to juggle throughout a season but then maybe they should stop introducing new ones. Saying that, we got to meet Georgie (Jayne Atkinson from 24 and House of Cards) who seems intriguing enough to be worth introducing and it’ll be interesting to see what Maggie (Lauren Cohan) does with the knowledge she has been given. Is Georgie really as helpful as she seems to be? Michonne (Danai Gurira) seems to want to give her a chance but these new people are rarely as they seem on the surface. Only time will tell. 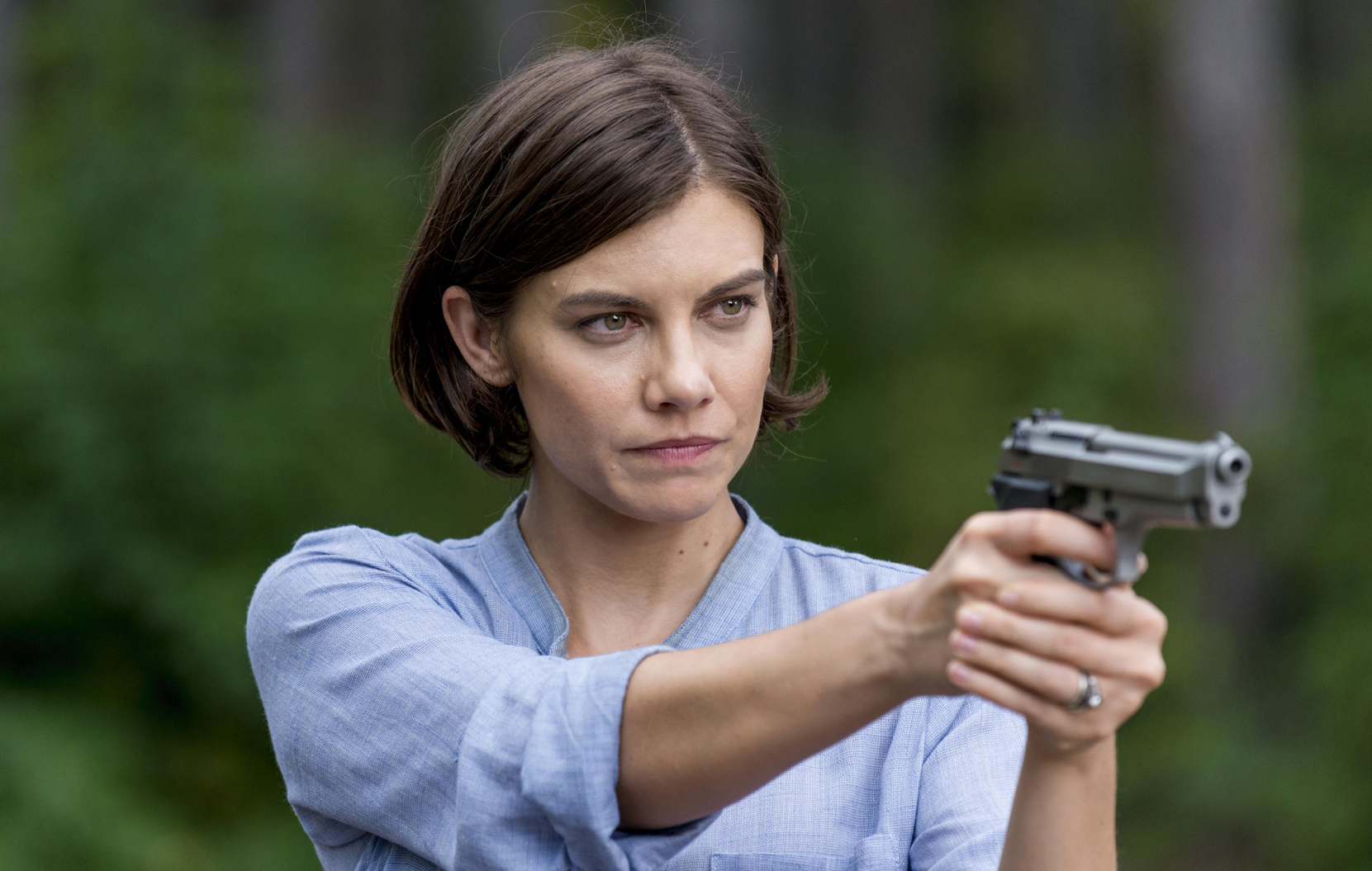 Again, I have to reiterate how good it is to have Cohan back at the forefront of the stories and I hope she gets the chance to play out a decent character arc opposite Atkinson but we’re still none the wiser as to whether she’ll be sticking around or not. In fact it’s hard to tell how many of the best characters will be around, especially ones like Dwight (Austin Amelio) and Simon (Steven Ogg), who are both in the middle of a complete mess between Negan and Rick. I highly doubt they’re long for this world, which is unfortunate, as they’ve become very enjoyable over the season and had some great scenes to work with. Simon especially seems to be on a path all on his own and I’m enjoying the unpredictability, although Negan definitely isn’t happy about it. I suppose if we’re bringing in Georgie and her followers then we’ve got to have an inevitable clear out at the end of the season or else everyone will get even less screen time.

What we can tell is that there aren’t many people thriving in this situation. Whether they’re hungry or running low on weapons there’s a clear issue for all involved. Things are getting more and more desperate which makes for interesting times and dramatic moves. Combine that with Rick clearly not thinking straight and being blinded by anger and it’ll be an interesting end to the season. With only 4 episodes left, it definitely feels like everything’s moving into place for a war that many won’t survive. The wild card at this moment is Jadis (Pollyanna McIntosh) who is undoubtedly giving Rick a run for his money in the crazy stakes, taking Negan in a car and knocking him out. What’s her plan? Does she even have one? The Walking Dead, you’ve got me intrigued. Let’s see where this goes.