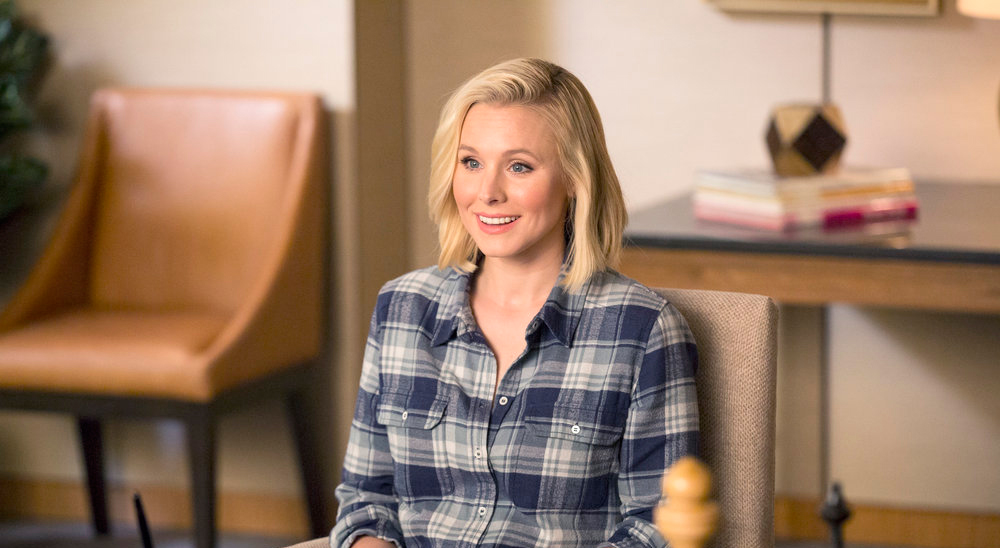 I think it’s time we start talking about Michael Schur as one of the all-time great TV creators. He honed his craft in the SNL writers room, and then wrote some of the best episodes of The Comeback and The Office (US). Since 2008 he has created Parks and Recreation and Brooklyn Nine-Nine, two of the most beloved sitcoms of the 21st century.

Schur’s latest offering is The Good Place, starring Kristen Bell and Ted Danson. Bell plays Eleanor Shellstrop, who we meet immediately after her death when she’s greeted by Michael (Danson), who congratulates her for a life of altruism as a death row lawyer. He shows her around her perfect new neighborhood in ‘The Good Place’, introduces her to her soulmate Chidi (William Jackson Harper), and then leaves her to enjoy her new life in paradise.

All well and good you might think, except that it isn’t. You see, they have the wrong Eleanor. There was an Eleanor Shellstrop who lived a good life, but she isn’t this Eleanor. This Eleanor spent her time on earth selling counterfeit drugs to elderly sick people, throwing litter at environmental activists, and being an all-round jerk. She’s amazed to have gotten into The Good Place, and decides to keep the cosmic mistake a secret. Unfortunately, her presence in the heavenly neighborhood causes a host of strange, dangerous events, which make hiding her real identity a lot harder than she’d anticipated… 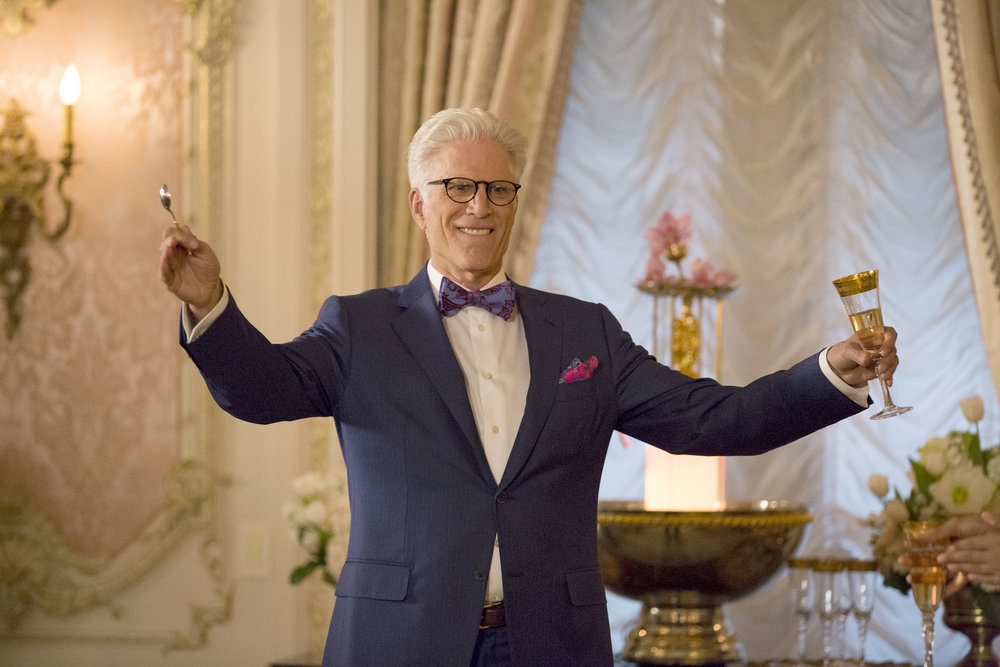 The Good Place has a lot in common with Parks and Recreation and Brooklyn Nine-Nine. All three sitcoms have a loveable brightness to them, and characters who are just a little bit ‘bigger’ than those you see on most shows, without being one-dimensional. All three programmes wrestle in their own way with what it means to be good, and the costs of doing the right thing. And of course, they are really, really funny.

Where The Good Place differs though is conceptually. Schur has mainly dabbled in work-place comedies; The Good Place is a cosmic comedy, with existential stakes. As I’ve mentioned before, the biggest challenge a TV pilot faces is delivering all the exposition that a viewer needs to know, without the episode feeling like one big information dump. The high-concept nature of Schur’s latest show adds another challenge in that regard. There is a lot to explain.

Happily, the pilot sails through these treacherous waters and delivers an episode full of hilarity and intrigue. Much of this is down to the wonderful Ted Danson. As Eleanor’s guide in The Good Place, he is gentle, joyful, and more than a little strange. The explanatory video he shows the new arrivals is the funniest scene in the pilot. When he is explaining how every action you do in life is awarded a positive or negative numerical score, it’s worth pausing the screen to see the examples listed (you get +432.90 for eating vegan, and +9886.85 for never discussing veganism unprompted!) 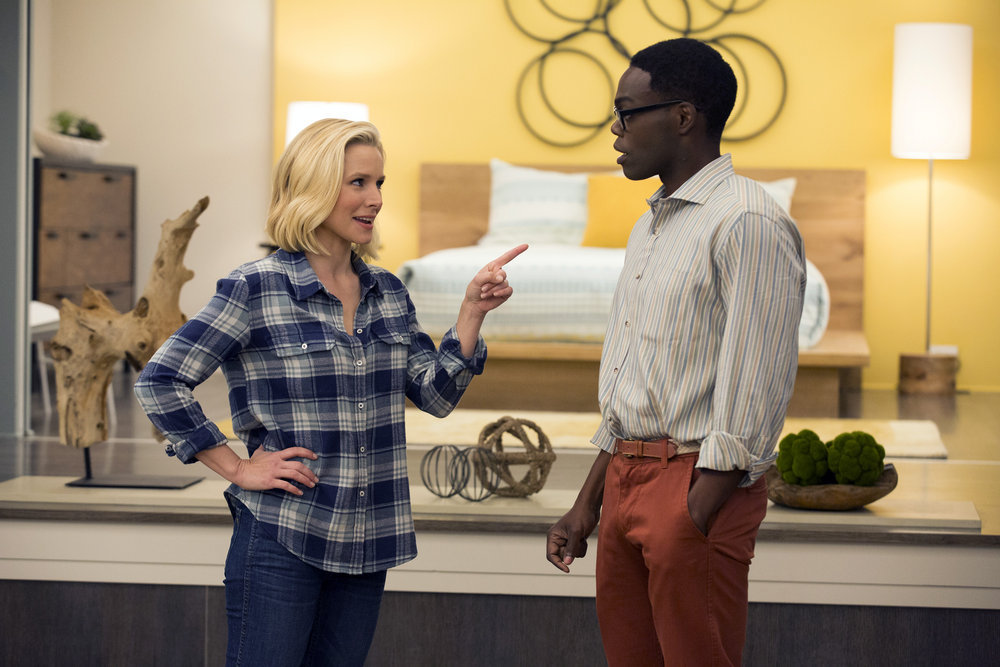 Kristen Bell does a great job at making a character who is essentially despicable both likeable and relatable. It will be interesting to see how her relationship progresses with the genuinely altruistic character of Chidi. Janet (D’Arcy Carden), Tahani (Jameela Jamil), and Jianyu (Manny Jacinto) have less to do in the pilot, but look set to round out the ensemble entertainingly in later episodes.

Another way in which The Good Place differs from Schur’s previous work is in the overall narrative structure. Whilst Parks and Recreation and Brooklyn Nine-Nine do have plotlines that overlap individual episodes, generally the stories are self-contained. The Good Place, judging by the cliff-hanger at the end of the pilot, is going to be one long story told in parts.

The pilot does leave you with a lot of questions, primarily what will happen if (or presumably, when) Eleanor’s secret gets discovered? The Bad Place is kept largely mysterious, all we hear from it is the tortured screaming. Will our heroine really end up there? Isn’t that too dark for a situation comedy? I can’t wait to find out.

The Good Place pilot does more than enough to make you click on to episode two; I had to exercise a lot of willpower not to watch all thirteen episodes of the first series in one go. It’s funny and smart, with a concept that brims with possibility. From the first episode at least, you can chalk it up as another success for Michael Schur.

The Good Place is available on Netflix now.

The Good Place season 3 review: Not just the smartest show on TV but the kindest too