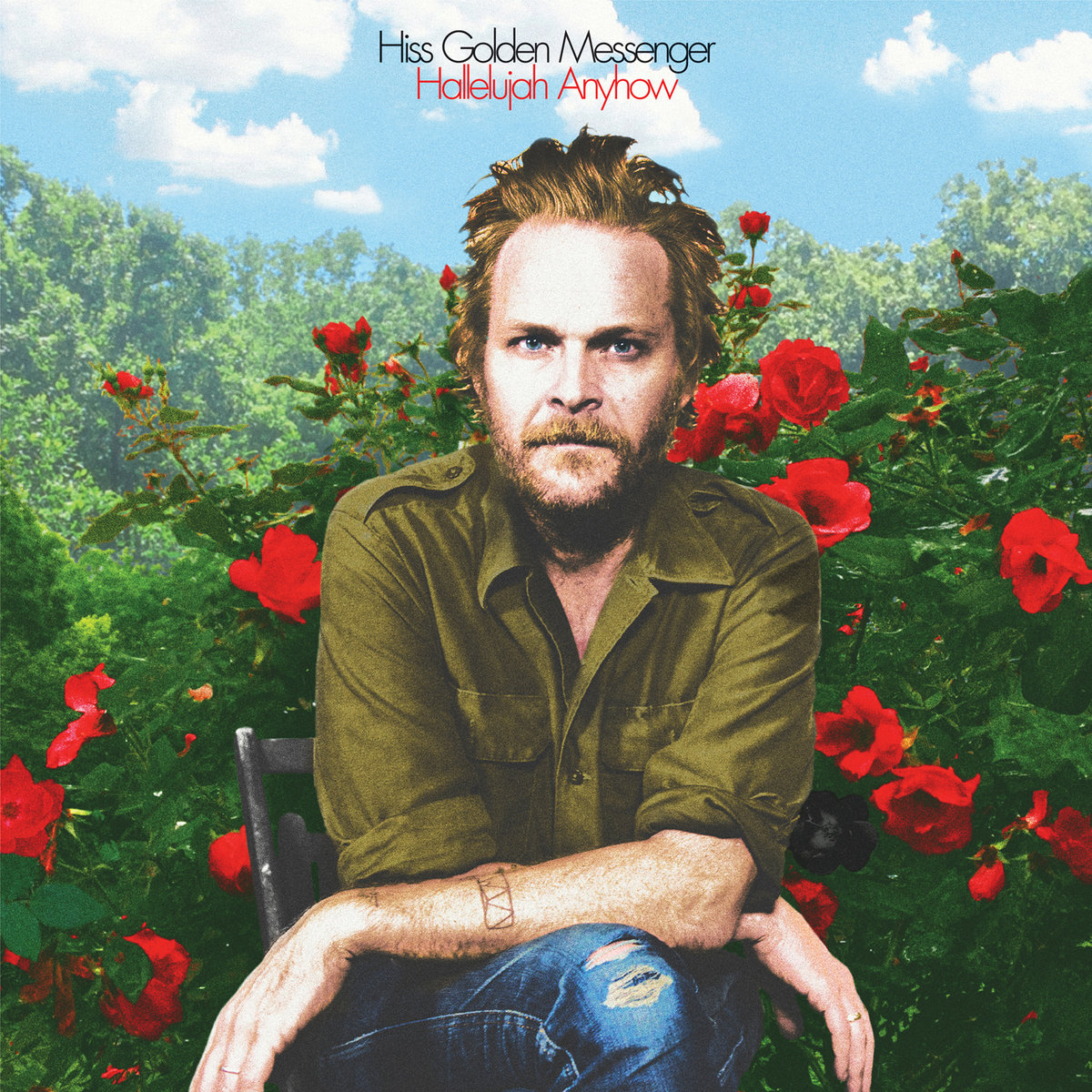 Hiss Golden Messenger’s new album Hallelujah Anyhow is an uplifting experience. As the title suggests, it’s about seeing the silver lining in a bad situation – and in 2017, there’s plenty in the world that needs a gilt edge. The collective, headed up by swami and songwriter-in-chief MC Taylor, specialise in warm, driving Americana. They love music and they love life, and on this latest offering they’re using their skills to offer a message of hope in the midst of darkness.

The anti-Trump vibe of songs like ‘When the Wall Comes Down’ is obvious, but it’s not nasty. In an age when tribalism and trolling have split communities down the middle, Hiss choose to rise above and focus on the beauty in everyday life, the little victories and moments of happiness that unite us all. Neither are these songs naïve – this isn’t mindless hippyism. There’s deep concern evident in the tone and lyrics on Hallelujah Anyhow, a keen awareness of the dangers of Trump’s America, but that concern is met with resolute optimism.

In a sense, this album provides a mature answer to the question of how moderates should respond to bipartisan in-fighting. Rather than adding your voice to one side’s war cry, look for where you can build bridges and live out a message of peace. Contrast this with Tom Morello’s Trump-phobic Prophets of Rage, with their guerrilla stylings and belligerent slogans (‘unfuck the world’). As Taylor puts it on ‘Harder Rain’, “more pain won’t kill the pain […] it’s obvious to me a little love will go a long way.”

Musically, the album is a lovely continuation of Hiss’s long-running country-rock formula. Shimmering guitars trade gentle riffs with Rhodes and Hammond; lap steels keen in the background and harmonicas skirl over the top. It’s gorgeous stuff – easy, loose-limbed and sunny – but there’s punch in rhythmic numbers like ‘Domino (Time Will Tell)’. It’s music for campfires and open-topped chevies. It suggests fireflies and porch steps. It’s hard to feel depressed when you listen to it.

To demonstrate the connecting power of that music in real life, Taylor recently put out a call on Instagram for fans to post themselves covering songs from the album. He spent two days reposting hundreds of videos, and for each one he offered words of encouragement and thanks – humble, specific words from the heart – and guest access to the nearest Hiss gig. There were young families with babies, seasoned pros, people from every tribe and tongue. Each was made to feel special, and a little community sprang up around the music. That’s the message made flesh – focus on your similarities and the world comes a little bit closer.

Vocally, Taylor sounds a lot like Dylan. This may be his ‘Like a Rolling Stone’ moment, his anti-establishment bellow. Unlike Dylan’s vicious put-down, though, Hallelujah Anyhow offers a hand up to those looking for the high road. This is protest music, 2017-style – a bright spot in a worried world. Highly recommended.

Hallelujah Anyhow is out on 22 September via Merge Records