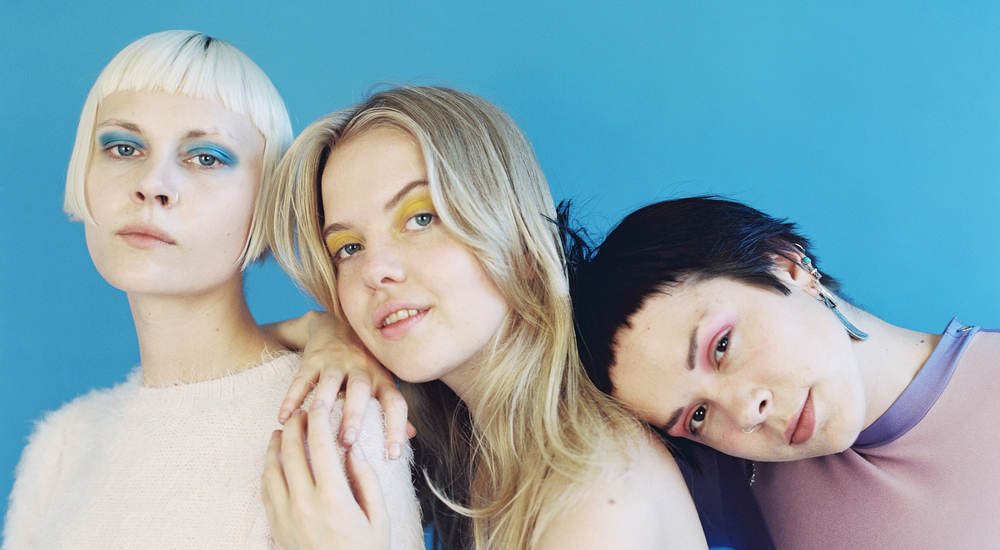 Brighton’s The Great Escape festival is simply the best. Dubbed the SXSW of the UK, it’s the biggest urban festival in the country with a huge list of varied names from all genres. This year sees massive homecoming shows, indie comebacks and the ‘next big things’ in one of the finest cities in the world. Here are the top ten artists to look out for if you’re lucky enough to have a ticket.

Playing a festival off the back of one released song must be a hard ask. Luckily for Bokito, who are named after a Gorilla, ‘Better at Getting Worse’ is a bona fide banger featuring catchy keyboard and an absolutely awesome chorus that you’ll be hard pressed to find outside of a Vampire Weekend song. According to their Facebook, “they will make you dance” and going from shapes they throw at their frantic live shows, it’ll be hard to beat Moses and co for the best carnival vibes of the weekend.

Childhood are back in business. After their fantastic debut album Lacuna in 2014, which saw them travel the world and even tour with Smiths legend Johnny Marr, they’ve recently returned with new single ‘Californian Light’, which features their trademark woozy pop and sun-kissed sheen. If you’re looking for luscious soul and unbeatable pop melodies, Childhood are your bag.

There was a time, back in 2015, where it seemed like Darlia were destined for greatness. After great singles ‘Candyman’ and ‘Queen of Hearts’, and big support slots with the likes of The Wombats, it looked liked they were future festival headliners. And then everything went quiet and they somewhat disappeared. However, now they’re back with ‘Ballad of Black And White’, which is a departure of sorts from their scuzzy, lo-fi, pop-punk sound to a more brit-pop sensibility. Nonetheless, all of their songs will sound huge at The East Wing. Check them out.

I caught Dream Wife at The Flying Vinyl Festival last month and they blew my mind. They’re effortlessly cool, ridiculously tight as a live band and, with songs such as ‘Lolita’ and ‘Hey Heartbreaker’, are going to be the breakout band of the festival. Mark my words, Dream Wife will follow the likes of Black Honey and will be playing huge venues within a year. Make sure to catch them at the much smaller Sticky Mike’s, rather than Wagner Hall where they’ll really blow the roof off.

If you’re after some melodic, shoegazy, sonic pop then look no further than Flyte, who have been wowing audiences with their electric live performances and DIY cover sessions at some of London’s coolest landmarks. There’s something of a Tame Impala by the way of Mystery Jets vibe to Flyte’s biggest single ‘Light Me Up’ and if that doesn’t make you want to see them, nothing will.

Sweden-via-London’s Francobollo seemed to have made it their mission to be declared the nicest guys of indie rock with their joyous live performances, tongue-in-cheek in-jokes between one another and euphoric songs. ‘Kinky Lola’ will no doubt be the highlight of their set, but Francobollo’s biggest asset is their eclectic, off-the-cuff style.

Not many indie bands trend on Twitter, sign with Rough Trade, release their debut single and tour with The Moonlandingz in the space of 6 months, but London’s Goat Girl did exactly that and it’s testament to the quality of debut single ‘Country Sleaze’. It is reminiscent of Birthday Party-era Nick Cave with smatterings of Patti Smith. High praise indeed, but Goat Girl seem deserving of such. On b-side ‘Scum’, lead-singer Lottie sings “I honestly do think, that someone spiked their drinks, how can an entire nation be so fucking thick?”. Expect fierce ferocity.

It is completely baffling how H. Hawkline is not one of the biggest stars in music right now. Throughout his three albums, he has shown consistency, cleverness and bags of talent. ‘Ghouls’ shows his softer side, with a lovely, meandering pop-folk song whereas ‘Kiss Me on the Lips’ reveals a completely different, almost punk aesthetic. He’s got it all, and he’s one of my favourite artists around today.

Brighton’s Our Girl will no doubt receive a heroes’ welcome at their hometown festival and with hits like ‘Being Around’ and ‘Sleeper’ under their belts, they’re more than up for the task. Their scuzzy indie rock has been likened to The Wytches and if they keep going the way they are they’ll end up with indie hero status too.

The Rhythm Method seem to have struck gold. In fact, I would go as far to say they’ve captured the zeitgeist of the noughties pop-music phenomenon. Their songs are as catchy as they are political, funny as they are cleverly executed and the perfect modicum of crudeness. The Rhythm Method will give you a good time – and they might just insult you in the process.