During a moment of bonding, Barry (Grant Gustin) makes his daughter Nora (Jessica Kennedy Parker) watch a video of him as a rookie superhero. He wants to prove to Nora that he was a zero before a hero, but the flashback only reminds every viewer how much The Flash is haunted by its first season.

Back when Barry was learning, the show was a goofy and emotional delight, yet as he levelled up, and fought more and more ridiculous villains, The Flash has struggled to make Barry relatable. He was too powerful with nothing left to learn. Nora’s introduction has changed that. Barry is now the mentor, and by teaching his daughter, the show has given the Scarlet Speedster a chance to grow. The ‘Blocked’ in the title doesn’t just refer to Nora struggling with her powers or the basic villain (played in a hammy performance by Erin Cummings), it refers to the writers overcoming their creative problems.

Barry has mentored fellow superheroes before — Ralph (Hartley Sawyer) in season 4 and Wally (Keiynan Lonsdale) in season 3 — but this time the dynamic feels different. Gustin and Kennedy share an easygoing chemistry but the fact Nora is Barry’s daughter deepens the connection. You just want this to go right. 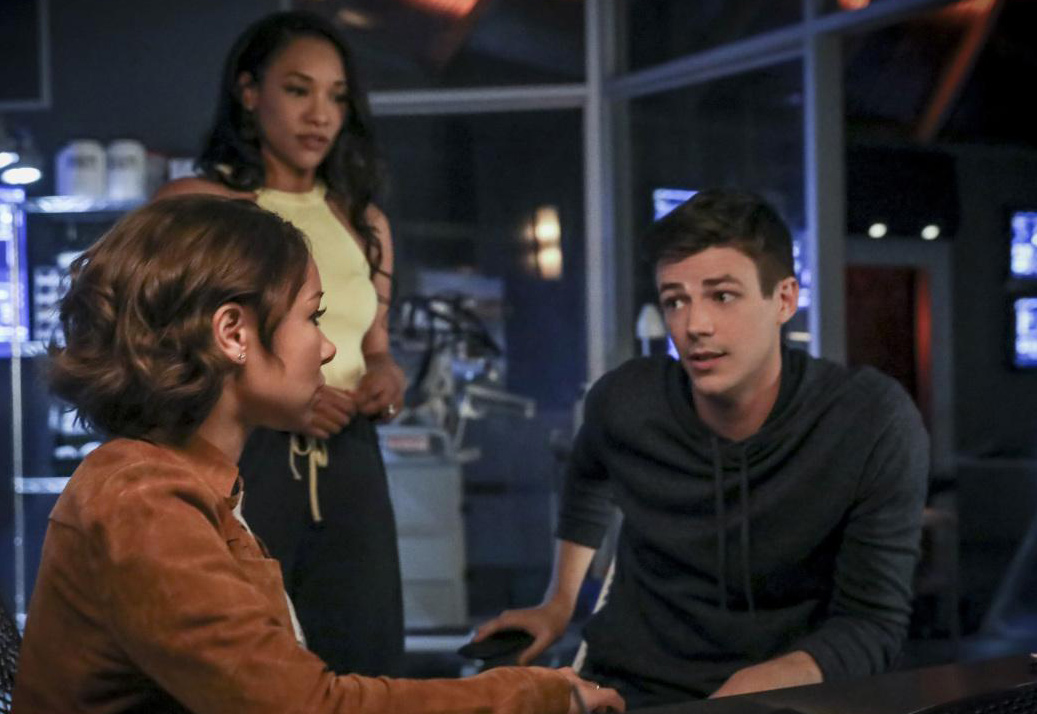 It always feels slightly weird that Nora calls Barry “dad”, especially since Kennedy is six years older than Gustin, but Barry’s struggles do let him seek counsel from the West-Allen patriarch, Joe West (Jesse L Martin). Dad Cop was effectively benched during the last half of season 4, and the trend seems to have continued. Joe never leaves a chair in any of his scenes, giving his pep talk an armchair-therapy vibe. Still, no one is better than Martin at delivering an emotional, rousing speech, and it feels as if his wise words have a profound impact on Barry as he grabbles with fatherhood.

Elsewhere, the B-plot revolves around Caitlin (Danielle Panabaker) and Ralph shaking Cisco (Carlos Valdes) out of his love depression. It’s great to see the rest of the cast have something to do outside of the central West-Allen storyline, and the eventual revelations suggest Caitlin’s storyline will at least be intriguing. Panabaker has always been better than the material she is given, and during an emotional scene with Valdes over the biggest cinnamon roll you’ve ever seen, the pair remind us of the strength of Cisco and Caitlin’s bond. Sawyer has also cut out Ralph’s more annoying habits. The character is becoming engaging, and his chemistry with Valdes is reminiscent of the love-hate relationship you have with certain office workmates.

This episode is a delightful watch, with smooth camera movements and the house-style poppy cinematography. Although the show struggles with the climactic fight between Team Flash and big bad, Cicada (Chris Klein). It’s very messy, and early signs point to an engaging villain. He’s a blue-collar worker and while his main direction is to seemingly brood, Klein is a talented actor (as anyone who has seen the American Pie films, or more importantly, Election, can tell). His presence makes season 5 of The Flash a tantalising watch.