‘Into the Speed Force’

After fighting Reverse-Flash, Zoom and now Savitar, Barry Allen (Grant Gustin) has faced off against three speedster villains over three seasons. It has been rather repetitive, as Barry just runs faster to defeat his foes. But, after ‘Into the Speed Force’, as The Flash’s Season 3 endgame comes into view, the reason for this repetitiveness becomes clear: Barry, in an effort to save everyone, becomes the villain, and he has to become a better hero.

It’s no secret Barry is the worst. This season hasn’t pretended otherwise, with the Scarlet Speedster’s selfish, and often stupid, decisions impacting all of space and time (and four other TV shows). Since ‘Flashpoint’ the show has chastised Barry for his decision making, and yet he keeps repeating mistakes. He’s the villain because his efforts often ruin the lives of his supporting cast. Usually, this damnation is shown through characters like Cisco (Carlos Valdes), Joe (Jesse L Martin) and HR/Harry (Tom Cavanagh) tutting at Barry. Here, it has a greater emotional impact as dead characters reveal the pain the Flash creates as he runs into the Speed Force.

No one understands the Speed Force. The characters don’t, the writers don’t and most of the audience don’t. It is an entity that gives Barry his speed whilst also being a conscious semi-real world populated with deceased characters. There are some nice returning guest appearances from Rick Cosnett, Robbie Amell, and Wentworth Miller. Cosnett’s reappearance as the deceased Eddie Thawne is the most effective, as his connection with Iris (Candice Patton) speaks to Barry’s objectives and the obstacles he’s faced so far. Wentworth Miller brings back his hammy line readings, reminding the audience of the unique hero-villain relationship Captain Cold and The Flash have. 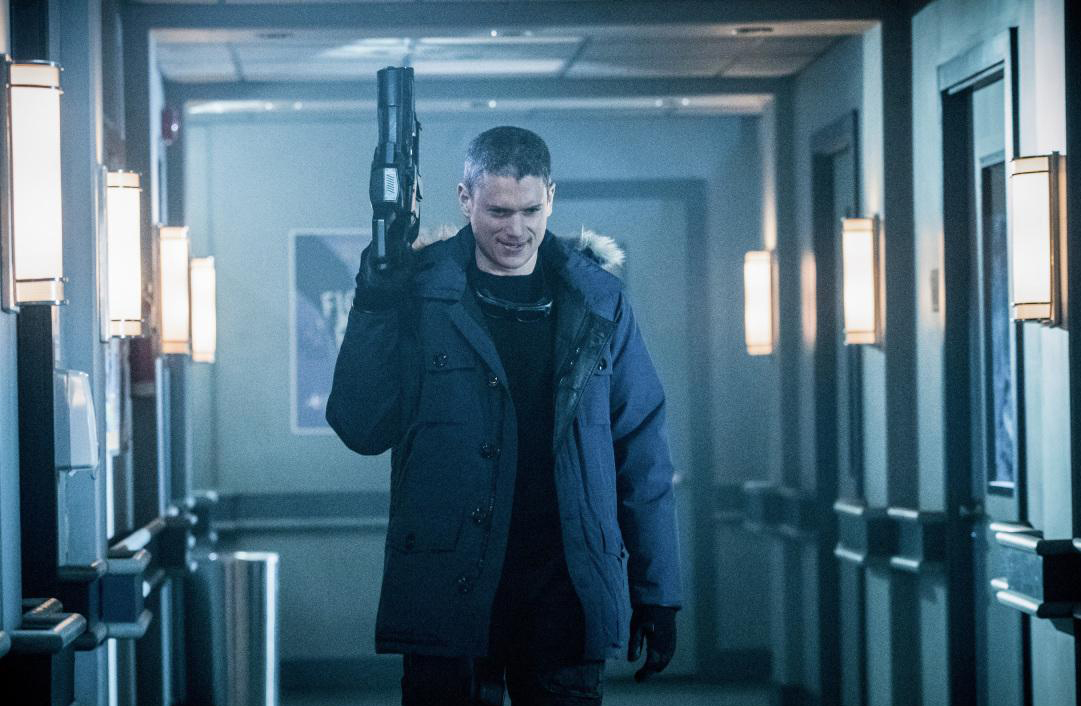 In an episode so focused on having the show’s main character repent, the main star better bring it. Gustin’s performance is subdued and introspective. Its stillness gives it a raw emotional power. You feel that Barry is learning to live life in the moment, which is surely the point of the soapy proposal storyline, and by the time this episode ends, you feel like the show and the character will move on to another type of storytelling.

Whilst Barry is running around some version of heaven, the other characters are left twiddling their thumbs. They quickly develop backup plans and ideas for tracking Savitar, but it feels tangential to Barry’s arc. Jessie Quick’s (Violett Beane) story and fight with the big bad doesn’t amount to much, but its final reveal brings the show (and this review) full circle.

Savitar is the same type of villain as the Reverse-Flash or Zoom. He’s just faster. The show is now conducting another man-in-the-mask mystery, but as ‘Into The Speed Force’ suggests, this is the last one. Barry is finally learning what it means to have his superpowers and is deciding what type of hero he’ll become. Whoever Savitar is, it feels like he’s the last of his kind. The Flash is going to go where the grass is greener.