After the nerd-baiting but underwhelming ‘Attack on Gorilla City‘, the second half of the Flash (Grant Gustin) versus Gorilla Grodd is on the hero’s home turf. Grodd has forced Gypsy (Jessica Camacho, making a welcome return) to open a breach, just so he can orchestrate an ‘Attack on Central City’.

As the episode involves a giant gorilla army, the VFX budget is once again maxed out. Luckily, moving the action to Central City erases any obvious limitations. The fact actual buildings are forming the arena stops the episode looking like a video game. The lack of artifice makes everything more relatable and heightens the drama.

The Flash deserves praise for attempting a detailed character study among its zaniest episode. The dialogue flips between solid B-movie absurdity (“army of sentient gorillas”) and melodramatic moralising (“saving one life doesn’t justify taking another”) to show the two-faced approach, and the show’s overall ethos. The Flash’s determination to approach out-there elements seriously has been successful in the past, but here, it’s a tad sour.

This is because having Barry contemplate murder with a villain like Grodd is in poor taste. Grodd is a victim. His past justifies his hatred, and the frequent flashbacks to his torture make us sympathetic. Sure, he’s a monster, but he’s a monster of our making. It’s good the show is delving deeper into Barry’s wholesome heroism, but using an animal is a cheap way of doing so because Barry would never consider killing a human enemy.

The moralising is also damaged by the fact Grodd isn’t a good villain here. His scheming is diluted with only one scene, where he telepathically creates a Mexican standoff between Joe West (Jesse L Martin) and Barry, exploiting his skill set. Both actors successfully telegraph their respective characters’ desperation. 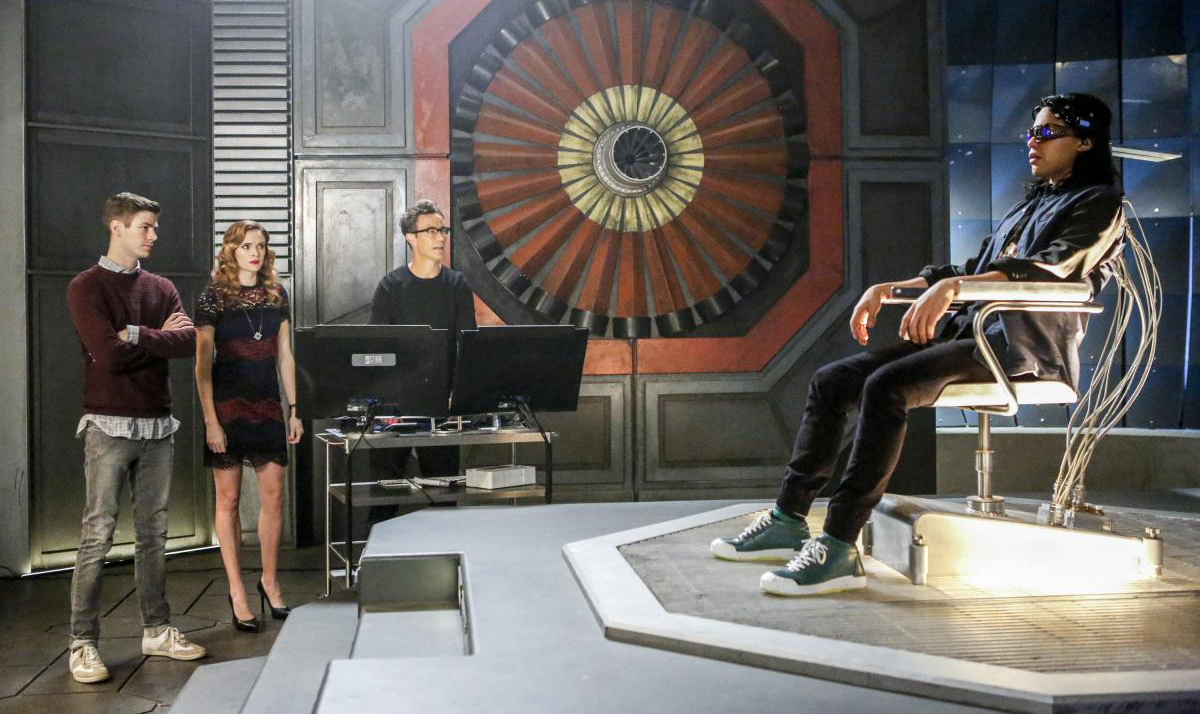 If anything, standard episodes like ‘Attack on Central City’ often showcase the actors and the cast chemistry. Tom Cavanagh does a double shift as both Harry and HR. It was inevitable the two Wellses would meet and Cavanagh’s performances amplify the differences between the characters whilst revealing the subtle similarities. They’re different characters from parallel Earths but they are still the same person.

In an episode where Barry is passive and reactive, the supporting cast shines. Carlos Valdes shows Cisco’s vulnerability, suggesting his constant quips, and occasional arrogance hides the characters fear of inadequacy. The return of Gypsy allows him some growth, as well as a snazzy leather outfit to go with his increased power set.

Caitlyn (Danielle Panabaker) and Iris (Candice Patton) aren’t afforded much development, and it’s ironic Wally’s (Keiynan Lonsdale) favourite film is Casablanca. That film’s nuanced romance is the opposite of Wally’s current romance with Jesse (Violett Beane), a storyline the writer’s clearly typed out in ALL CAPS.

Whilst the episode doesn’t live up to the promise of its premise of an army of telepathic gorillas going all The Planet of the Apes on the Flash, the two cliffhanger endings do their job: you need to tune in next week.