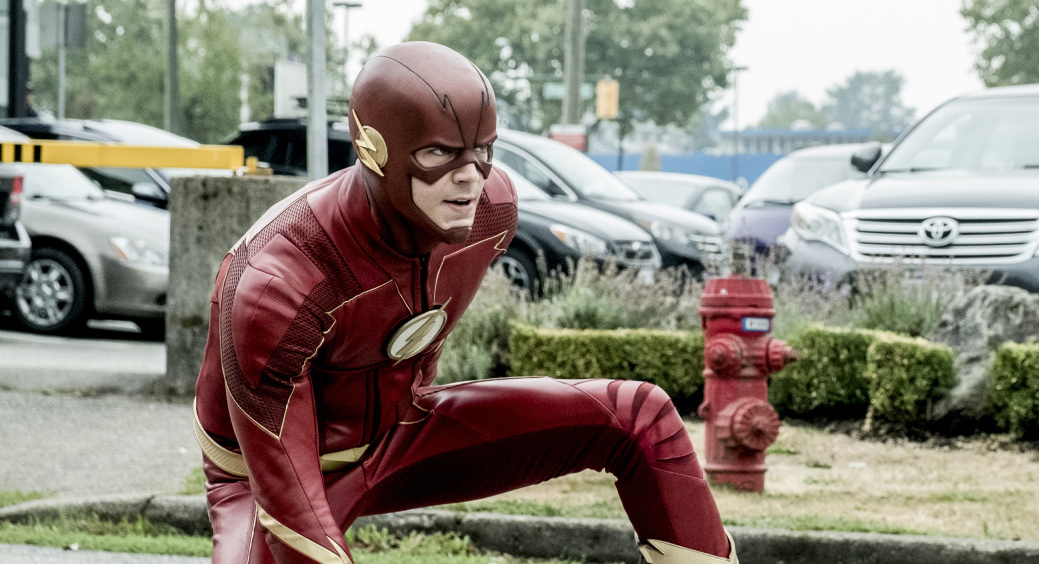 After the muddled storytelling of season 3, The Flash season 4 streamlined the narrative and tried something new, introducing a villain Team Flash had to outthink rather than outrun and returning to the goofy tone of the first, and still best, season. It was sometimes ludicrously entertaining, sometimes bafflingly bad, but was always charming, keeping us excited about the upcoming season 5. It seems The Flash still has plenty of gas.

A Damsel No More 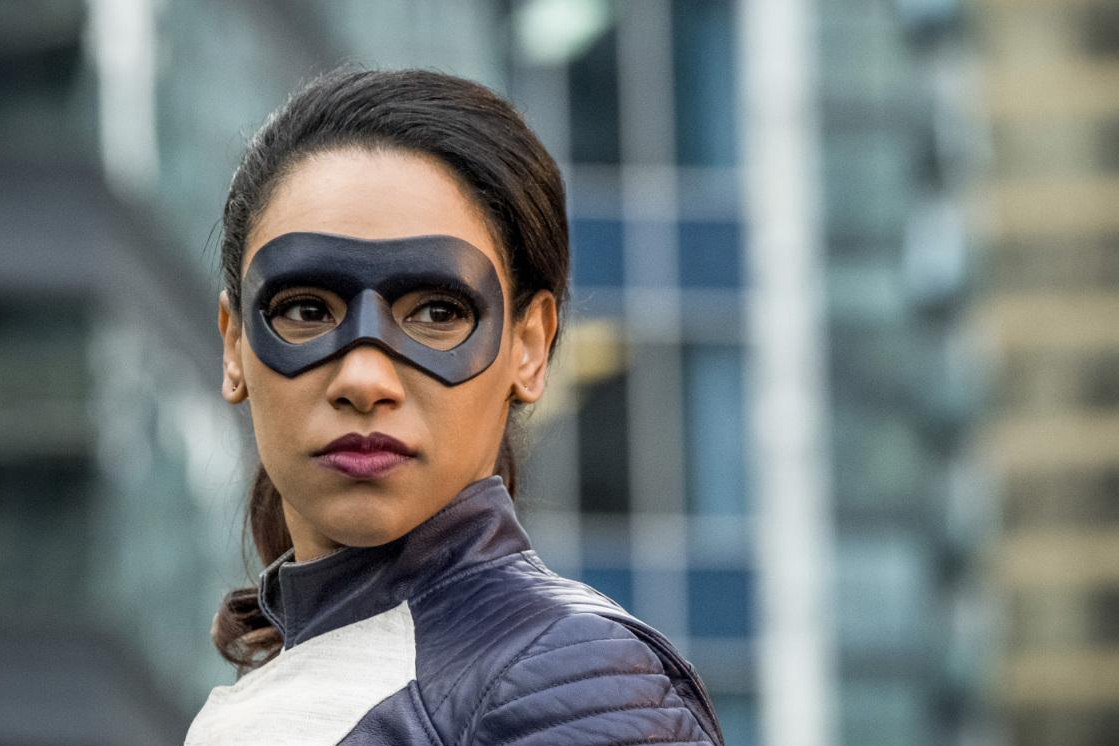 After being a damsel in distress during the majority of season 3, it was refreshing to see Iris (Candice Patton) lead Team Flash and have some agency. It started in ‘Girls Night Out’, where Iris takes time out of her bachelorette party to give Caitlin (Danielle Panabaker) the weekly pep talk. In ‘Don’t Run’, she’s forced to make a tough decision, and in ‘Run, Iris, Run’ she becomes the Flash. Throughout all of this, Patton grabs this new opportunity and becomes the MVP. 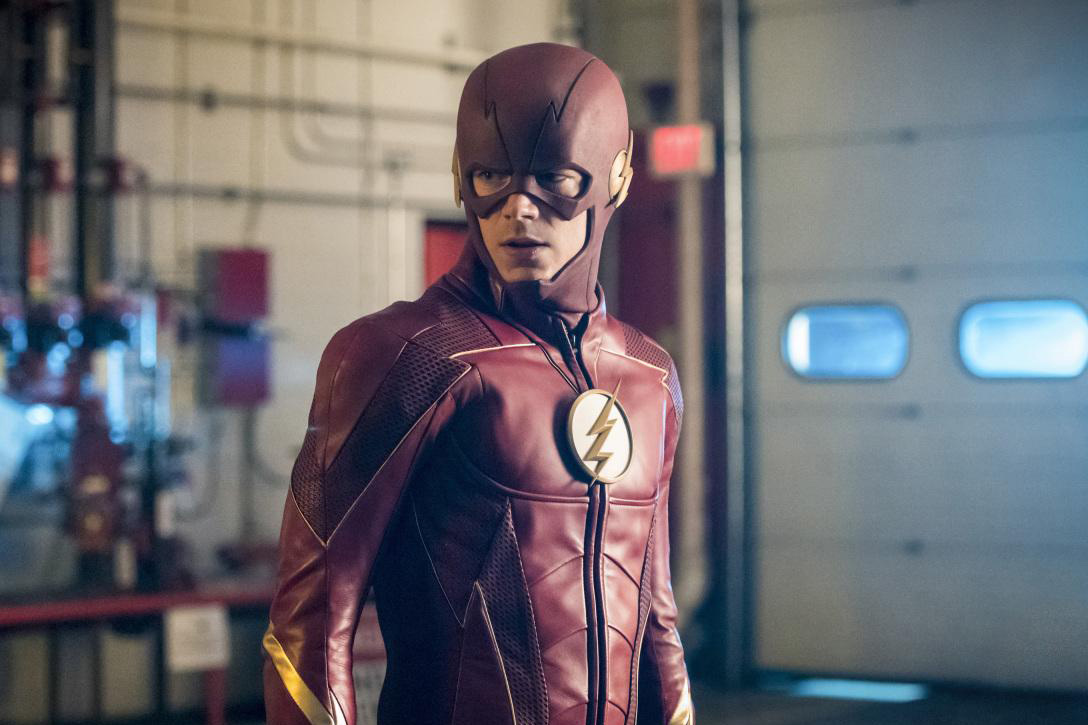 Season 4 was a response to season 3’s darkness, and the show returned to a more breezy, goofy tone. For the most part, it was successful, reigning in the melodrama and striking a nice balance between comedy and tragedy. 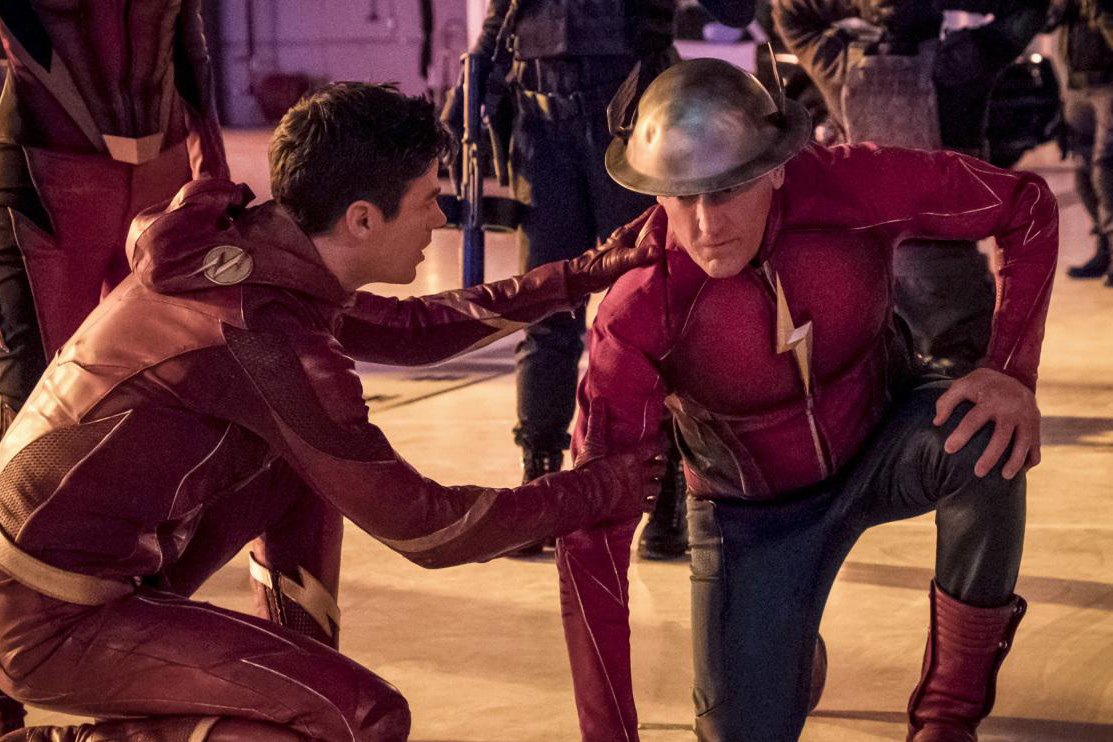 ‘Enter Flashtime’ shows how fast the Flash can run. After terrorists set off a nuclear bomb, Barry has milliseconds to save the day. Sure, it’s a bit gimmicky, but it was visually stunning as Barry moves so fast time freezes and he struggles to save the day. When his hope runs out, he says his goodbyes. Gustin’s performance is suitably raw, and emotion courses through every frame. 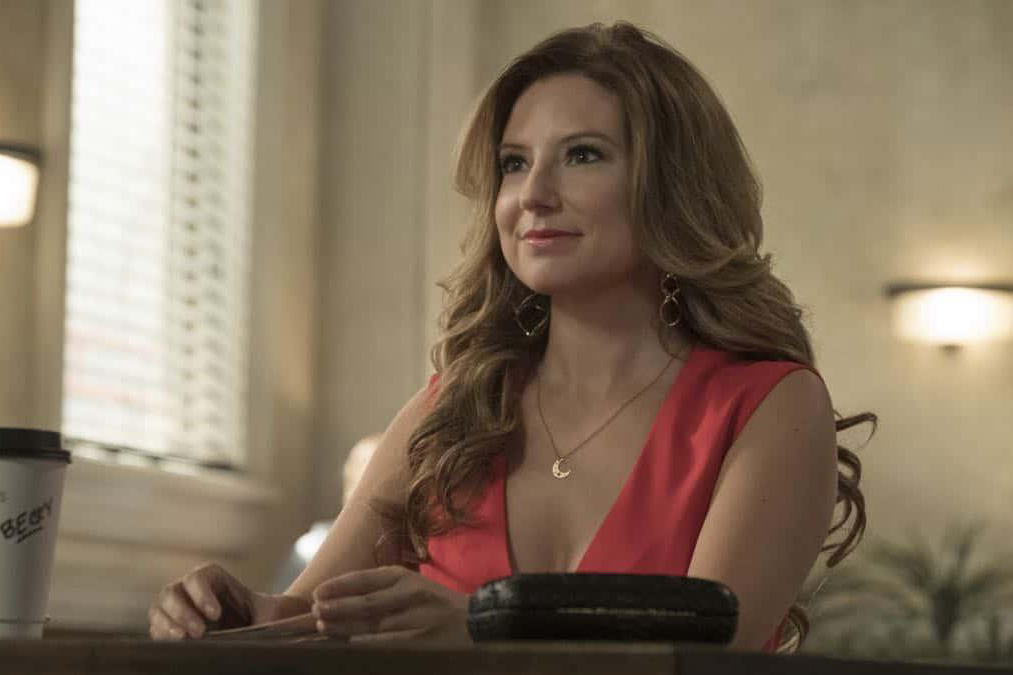 With a show that has a new villain every week, by its nature The Flash has always had a revolving door of guests stars and season 4 did use them well. Harley Sawyer has fun as Ralph Dibny, the new piggish member of Team Flash. In ‘Luck Be a Lady’, Sugar Lyn Beard gives a winning performance as a woman who is accidentally destroying the world, Jessica Camacho is fun as Gypsy, a bounty hunter from another earth, and Katee Sackoff is having fun with her very-British accent as the evil gang lord, Amunet Black. 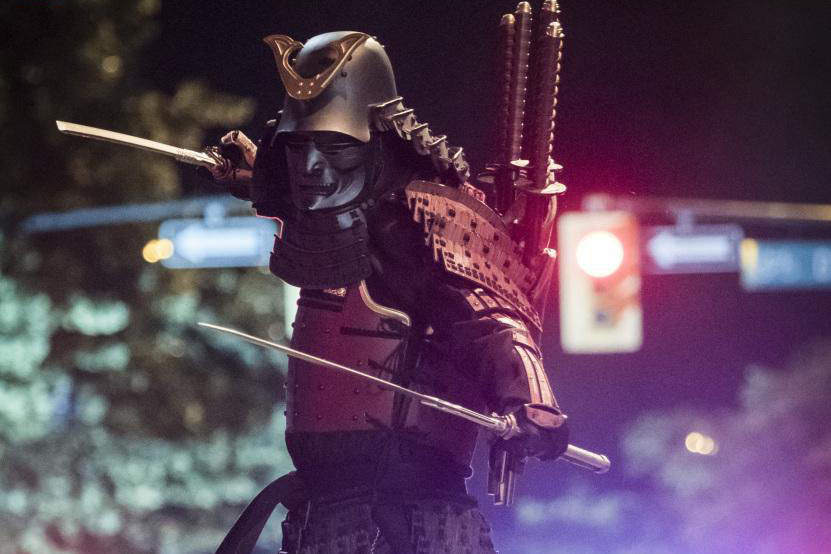 All of this good stuff wouldn’t have happened if there was a false start. After a robot samurai demands a meeting with the original Flash, Team Flash hatches a plan to bring the Flash back. There are no drawn out grudges from season 3: Caitlin is quickly forgiven, and the plan involves the pseudo-science we love from this show. When Barry finally appears, the show grants us with one of the fist-pumping superhero moments. They always know how to make an entrance. 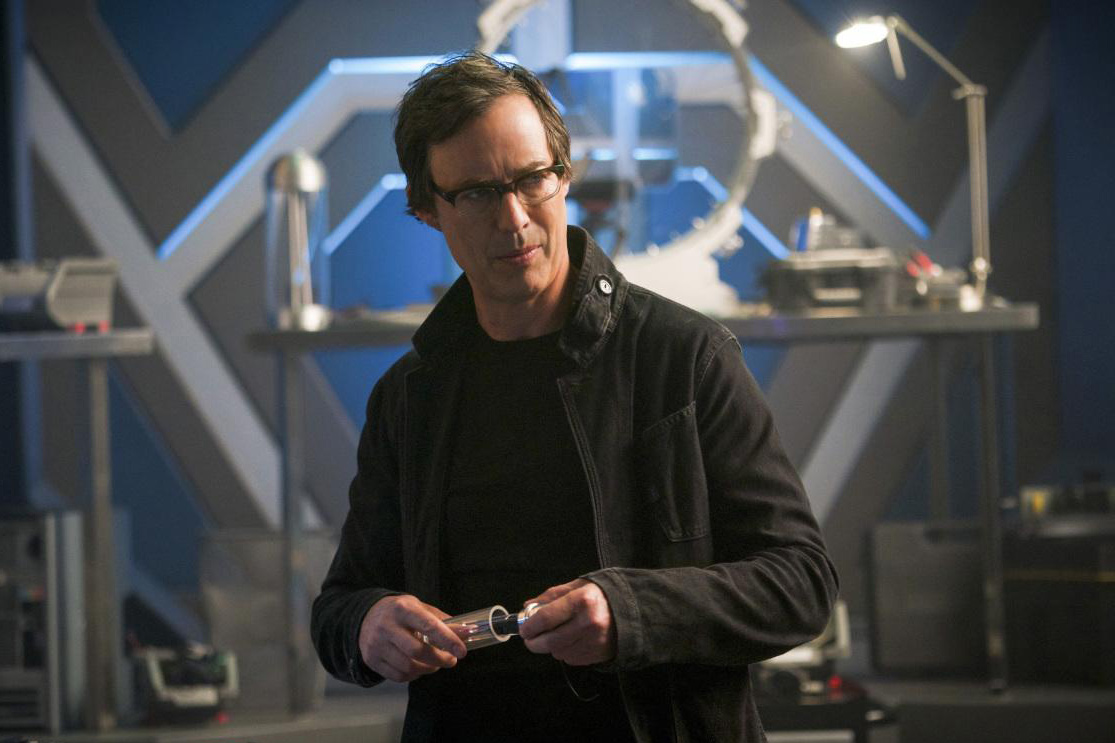 It pains me to write this, but Harrison Wells didn’t work this year. Tom Cavanagh, who has been one of the best performers, did his best, but the writers didn’t know what to do with him. He always had bristling arrogance, but this time he was just a dick. His scenes were irritating, and while stripping him of his intelligence during the final episode leant him some much-needed vulnerability, it wasn’t enough to redeem him. Although, Cavanagh makes the most of the acting exercise thrown at him when we’re introduced to even more versions of Harrison Wells. 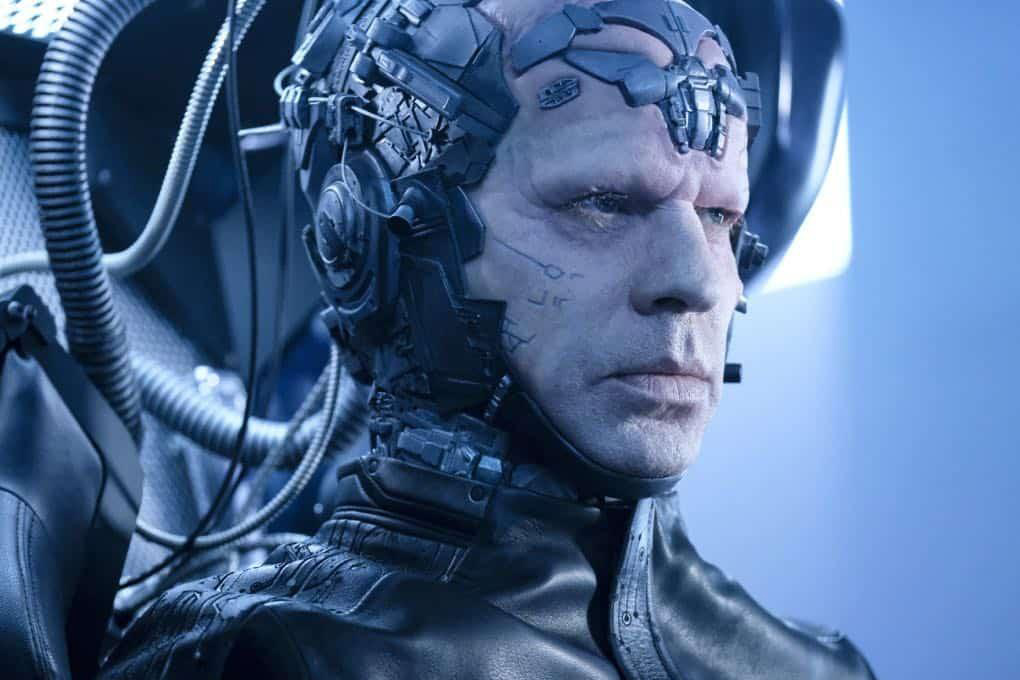 The person usurping Harry was the Thinker. The first non-speedster villain created some nifty set pieces, but they couldn’t outweigh how boring he was. Actor Neil Sandilands opted for a monotone approach, and while this makes sense for a man devoid of all emotion, it doesn’t make for engaging television. He was just a smurf in a floating chair. 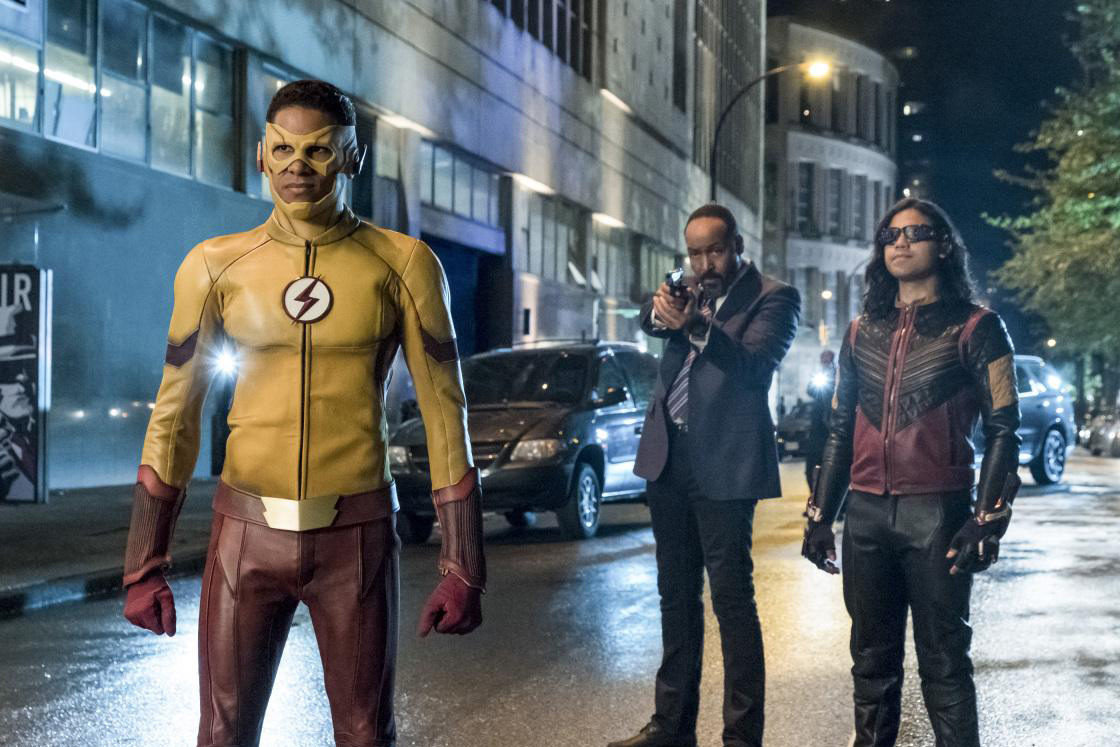 What did Wally do wrong? Nothing. He literally did nothing this season. It’s easy to understand why. Keiynan Lonsdale was too busy being charming in Love, Simonand when he returned he was shifted across to sister show The Legends of Tomorrow. The decision to remove Wally made narrative sense, but the characters never address his absence. He just leaves, and it creates a big hole in the ensemble. 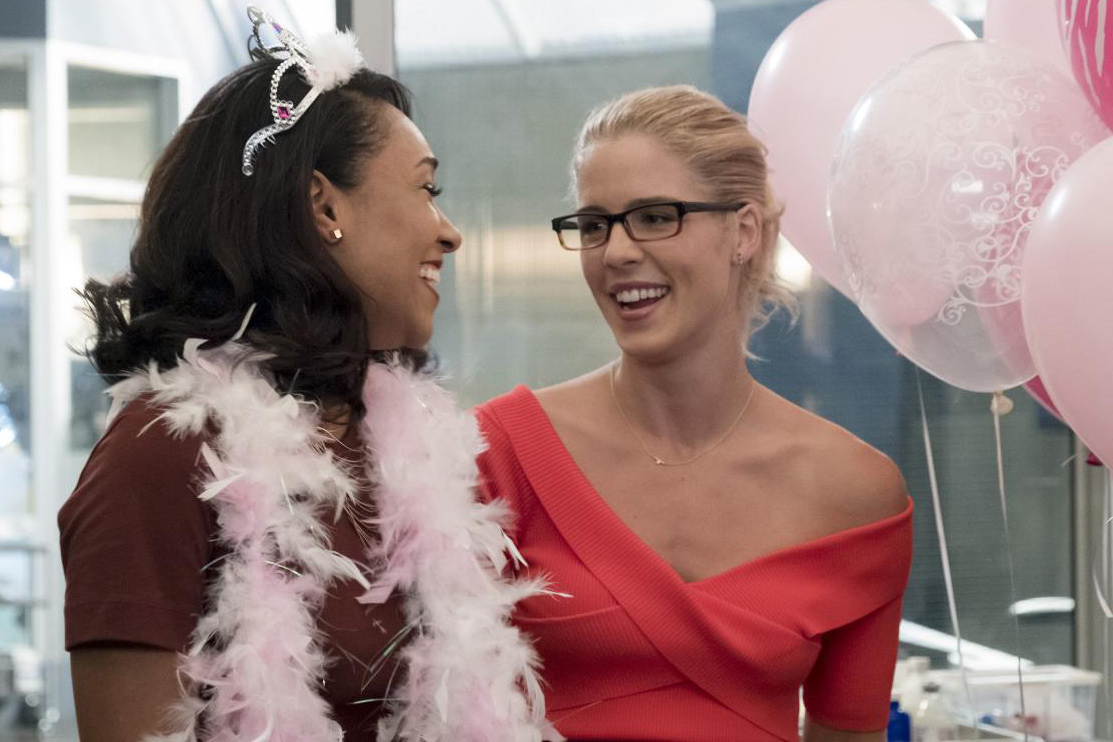 The crossover episodes are often delightful in The Flash, and when the Nazis ruin Barry and Iris’ wedding, we are granted four fun episodes. But it stopped us from actually seeing the much-hyped West-Allen wedding. It felt like a cheap insult to fans of The Flash, and it was ultimately unsatisfying when they said “I do” as Oliver Queen (Stephen Amell) and Felicity Smoak (Emily Bett Rickards) stage a shotgun wedding immediately after. 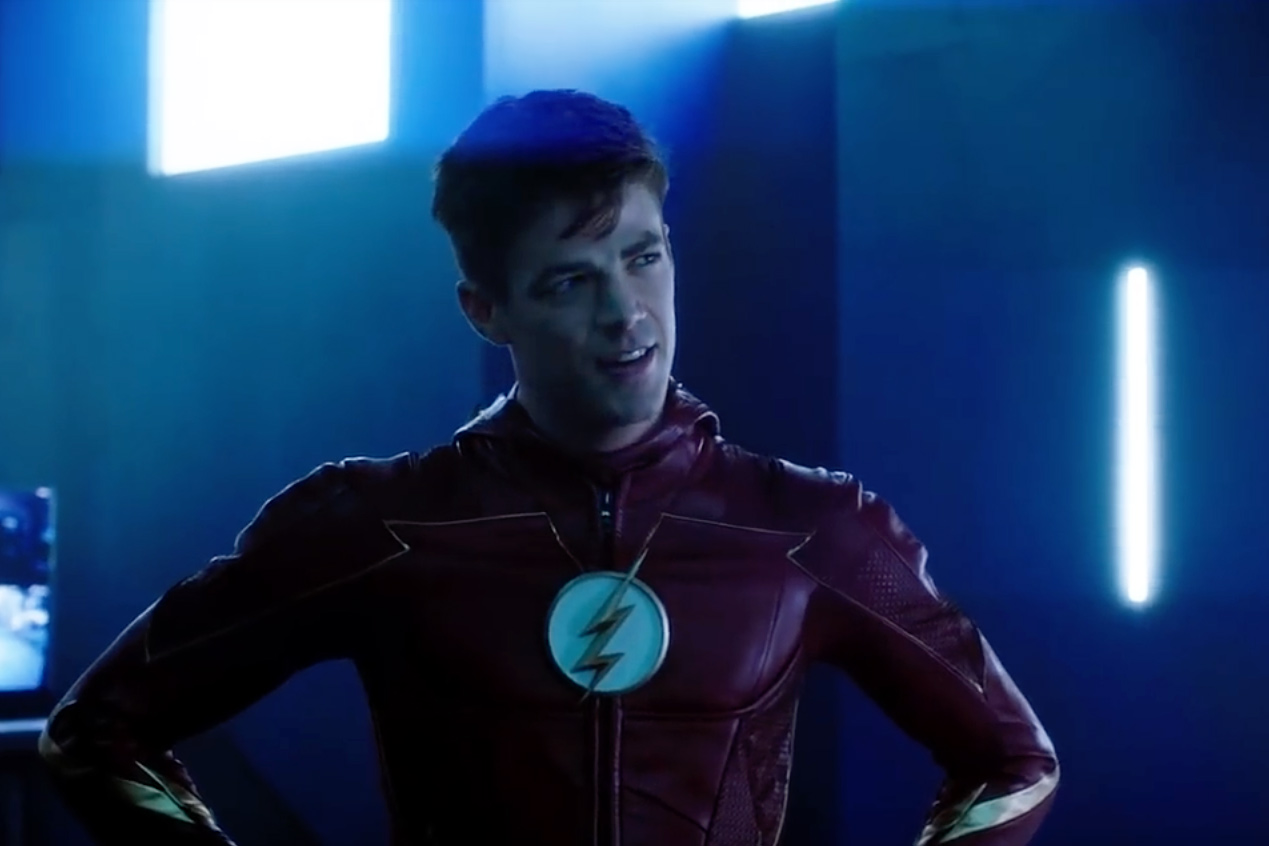 In the mid-season finale, DeVoe frames Barry for murder and The Flash follows its main character into prison. The scenes give Barry a new perspective on his fight against crime and the consequences of his actions, but they feel like filler because we know Barry is going to escape. It’s frustrating waiting for the inevitable, especially when The Flash has a habit of quickly going back on its big narrative twists.

Worst Episodes: ‘The Trial of the Flash’, ‘Fury Rogue’, ‘Harry and the Harrisons’

The Complete Fourth Season of The Flash is out on DVD from 24 September 2018 and we’ll be bringing you coverage of The Flash season 5 when it returns this Autumn.