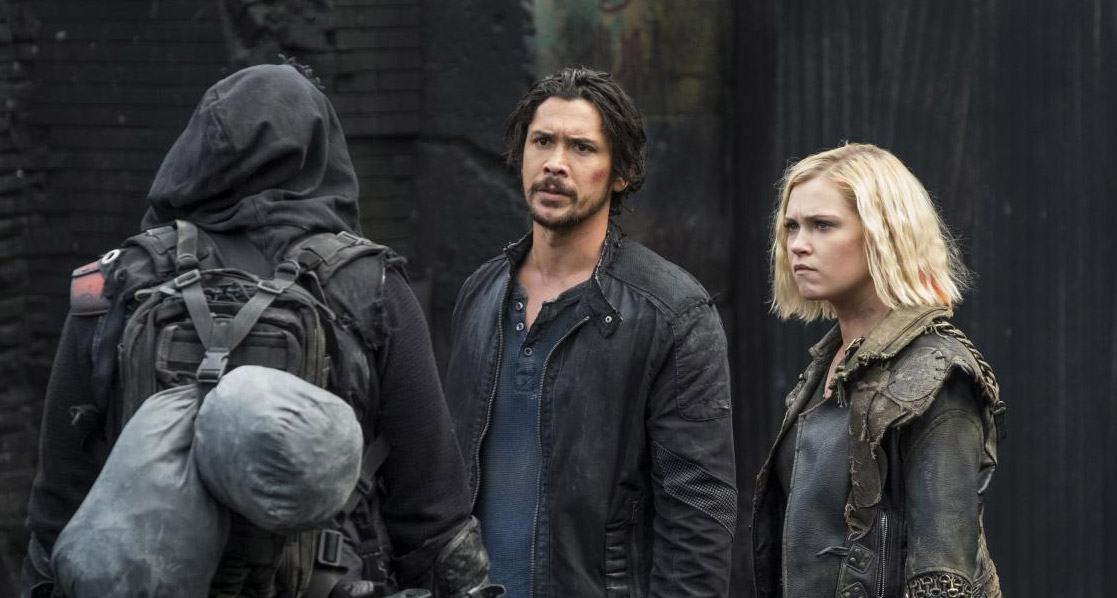 The 100 is at its best when it deals with all manner of conflicts, but there’s no denying that when it does edge into that sci-fi territory it definitely knows how to do that well too. And, with this week’s episode, both the conflict and the sci-fi elements were out in full force, from internal power struggles and shifting allegiances, to Alien-style, chest-burrowing parasites. ‘Shifting Sands’ took us forward into this brave and terrifying new world that is the Earth post-praimfaya, stirring up character tensions, second-guessing strategies and pushing relationships to breaking point all the while.

And, at the heart of it all, was the Blakes, fighting on the same side even though they’re more divided than ever, with conflicting leadership styles, different priorities and different weaknesses. Just like at one point there was nothing that Bellamy wouldn’t do for his little sister, so ‘Shifting Sands’ establishes that Blodreina will not let anything get in the way of doing what’s right for her people, just as Wonkru would do anything to protect Octavia. As Clarke puts it, Wonkru’s strength, resilience and unity is terrifying, but impressive – and also kind of beautiful. It’s enough to send them marching through a wasteland for five days straight with the aim of fighting a far, far more powerful enemy head on at their leader’s say-so – and it’s enough to come together as a battalion and form a protective shield against the threat of an actual missile, giving more than one meaning to Octavia’s repeated insistence that “Wonkru is strong”.

For Bellamy, though, this version of his sister is a complete stranger, and as a big brother he’s completely willing and able to call her out on her bad decision-making, apparently having not learned anything despite telling Clarke earlier on that Wonkru are willing to kill him for getting in her way. Bellamy came to Earth to protect Octavia – twice – and even with the growing distance between them in seasons three and four, they’ve always managed to find some common ground to come back to. But it’s his speaking out against Wonkru that pushes the Blakes further apart than ever, with Octavia making her new loyalties known. “I’m glad you’re alive big brother,” Octavia tells him. “But if you ever speak out against Wonkru again, you are an enemy of Wonkru, and you are my enemy.” 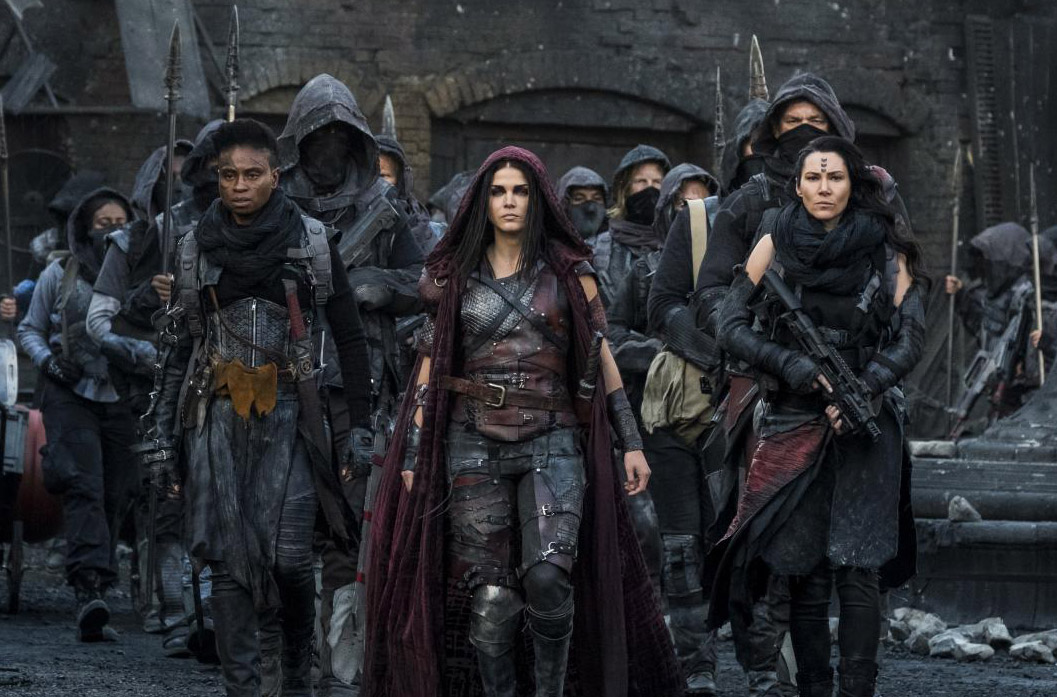 For all the pre-show content warned us that the bonds forged in the six-year time jump would affect the relationships between characters when they meet up once again, it’s only really now, with this episode, that we can see what that actually means. Octavia and Bellamy are one example of this, both with new core groups they’re loyal to, but Bellamy and Clarke are the best example. From the moment they reunited in episode three, it’s largely been the two of them against the world, as it’s always been, and they slipped right back into their former dynamic knowing they were both on the same side – both in their fight against Diyoza, and in their wariness of Octavia and Wonkru.

But, at the end of the episode, that Rover comes careering back into their lives, bringing six years of history and relationships that the two of them didn’t share together with it and making it real in the form of Madi and Echo. Despite everything they’ve been through, the arrival of that Rover signals that they aren’t entirely on the same side anymore; they’re different people now, with different priorities and, if it comes down to it, different people to protect.

And, speaking of different people to protect, there’s also Diyoza and her army to think about, another leader who’s waging a war against a largely unknown enemy, and who more than proves she’s capable of being merciless to protect her own people. We have Diyoza (and McCreary) to thank for putting Raven through her first physical torture of season five, and it’s also Diyoza who enables Abby’s addiction, using the pain medication she desperately wants to control her into being the prison ship’s doctor and try to find a cure for the mysterious asteroid illness plaguing members of the crew. But, what’s more concerning is that Diyoza also seems to be the only powerful figure willing to listen to what others are saying and, after an episode of dismissing Kane as a traitor, finally sits down with him to get the insider info on her enemy, and what she’s up against – making her more dangerous than ever. 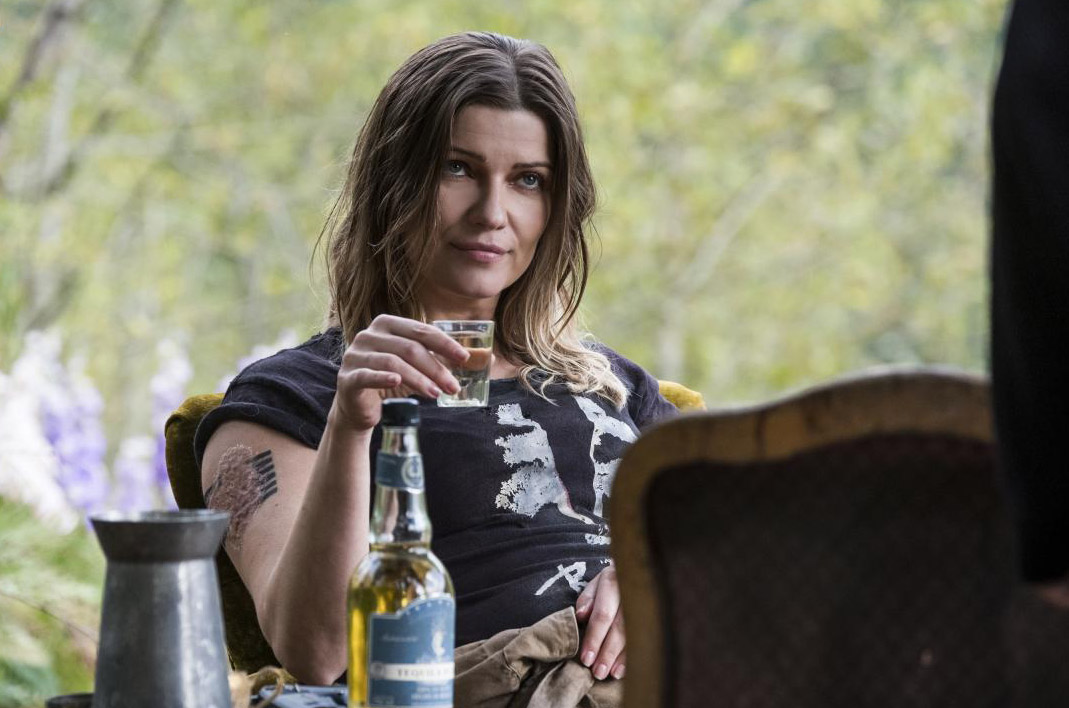 With everything that happened this week, it’s a bit jolting to realise that, plot-wise, nothing much has changed. Octavia’s army marched forward, faced a trial and retreated, while Diyoza’s army revealed that they have missile power, fired and achieved very little, leaving both armies more or less where they started, but just a little bit more desperate to win. Even the Alien-esque parasite proved little more than a plot device – for now – just serving as a way to halt Wonkru’s progress any further, and it’s hard not to be a little bit disappointed by that, considering how much of a build up it got in the teasers.

What has changed, however, are the characters, and where they sit on the field by end of play. Kane and Abby are in Eligius’ “protective custody”, trying to keep themselves useful in whatever way so that they can stay alive a bit longer, while Raven appears to be in a bit more danger, having been left at the mercy of the violent murderers after Shaw appeared to have double-crossed her. Murphy, meanwhile, both found and left the other members of SpaceKru again and is now left in the woods with Emori and their lingering break-up tension, and Monty, Harper, Echo and Madi have finally been placed in the middle of the action.

Five episodes into the season, and The 100 has so far managed to deliver its best run of episodes yet – which makes the promise of the next eight episode all the more exciting, particularly given how the series really could go anywhere at this point. Even with the arrival of new characters settling seamlessly into the narrative and providing so many previously at-odds characters with a common enemy, there are still a lot of unknowns to reckon with and plenty of time to see so many possibilities play out. In that sense, ‘Shifting Sands’ feels like a powder keg – all simmering tensions and sparking conflicts just waiting for the moment the fuse runs out to explode and shift this season on its axis once again – and what’s not to enjoy about that?