Al Pacino. It’s a name that conjures up many different things to different people. If you’ve been a long-time fan of the actor, then you’ll have fond memories of Pacino at top of his game with such movies as The Godfather trilogy and Dog Day Afternoon, amongst others. Much like Robert De Niro, he’s gone through some very interesting and questionable career choices over the past couple of decades where he’s done his best to star in some hugely forgettable releases. Gone are the days where you could look at Pacino as a name on a credit list and know you’d be getting a solid, enjoyable movie. So with his latest effort, Hangman, it’s no surprise that expectations were fairly low, even with Karl Urban and Brittany Snow on board too. Yet, somehow, it manages to be even worse than anyone imagined.

The film sees Pacino star as decorated homicide detective Ray Archer, who teams up with criminal profiler Will Ruiney (Karl Urban) to catch a brutal serial killer who’s playing a twisted version of murder inspired by the titular children’s game. That’s the plot in a nutshell – and you’ve seen it all before. To say Hangman is bad is probably a little harsh. It’s more that it’s lazy and has no real intention of breaking out of its dreary formula that seems more appropriate for an episode of CSI. That’s the level of quality we’re talking about here, and while that’s no bad thing on a weekly TV series, you do expect more from a Pacino movie.

You know when things are so forgettable that you’ve almost completely lost any memory of them once you’ve left the cinema? Well, Hangman is the kind of movie you’ll probably forget while watching it. I can only imagine Pacino was at a loose end when reading the script and decided to do it for a laugh, because the dialogue is clunky and the twists and turns don’t exactly make you sit up and take notice. With a lack of character development, no meaningful relationships, and no attempt to make us care, these are roles that these actors could do in their sleep. No amount of tortured pasts or personal motives can lift Hangman into decent territory. 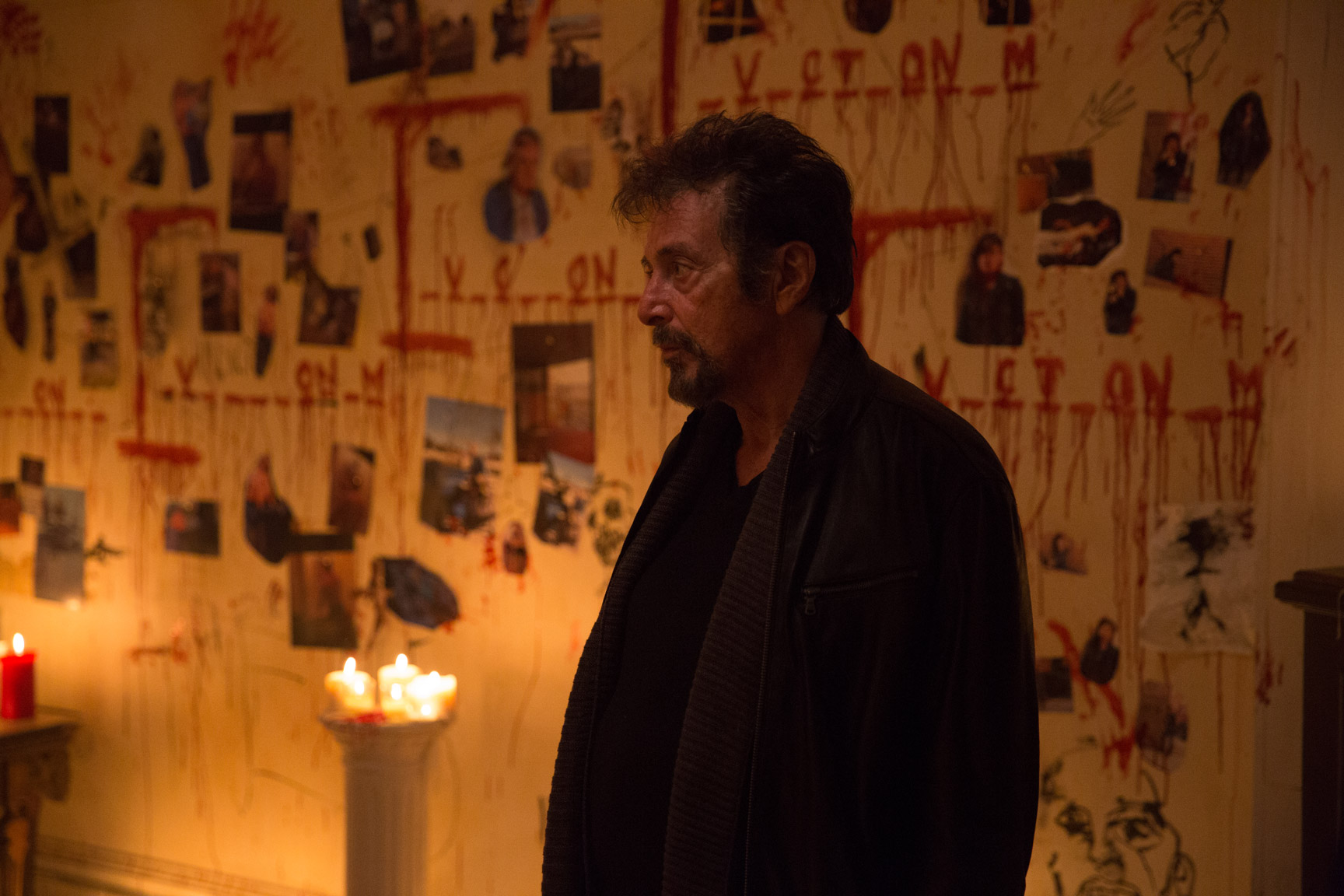 Having watched Urban in Star Trek and the latest Thor, I know what he’s capable of with a solid script and a half-decent character, so he’s completely wasted here. Then there’s Snow, who might not be the highest calibre actress out there but hell, I’d rather watch her in Pitch Perfect sequel 50 than this again. If I had to pick a highlight – and that’s a tough one to do – then it’s probably Sarah Shahi as Captain Lisa Watson, a character who actually manages to be vaguely interesting to the point where you wonder if she’s turned up in the wrong movie. She belongs somewhere else with other multi-layered characters.

When you’ve got shows like Mindhunter and True Detective, you have to wonder what the point of a film like Hangman really is. Of course some people will watch it because of the names involved, but if you’re interested in stories about serial killers then you’ve got so many options these days. You can watch high quality TV series or revisit some older classics like Seven on Netflix and completely ignore the trashy cash-ins. The relationship between Archer (Pacino) and Ruiney (Urban) could not be more clichéd if the writers tried and they should look at how Nic Pizzolatto worked with Matthew McConaughey and Woody Harrelson to develop a genuinely intriguing and gripping lead duo rather than a by-the-book rehash. It’s just bland.

This feels like a script written by a university student who has avidly watched all their favourite shows over the years and decided they know enough about the genre to write something themselves. Only instead of an attention-grabbing, original story, they just borrow all the best bits from everything else and throw them in together. Do yourself a favour and find your favourite Pacino film and watch that again. You’ll thank me later.