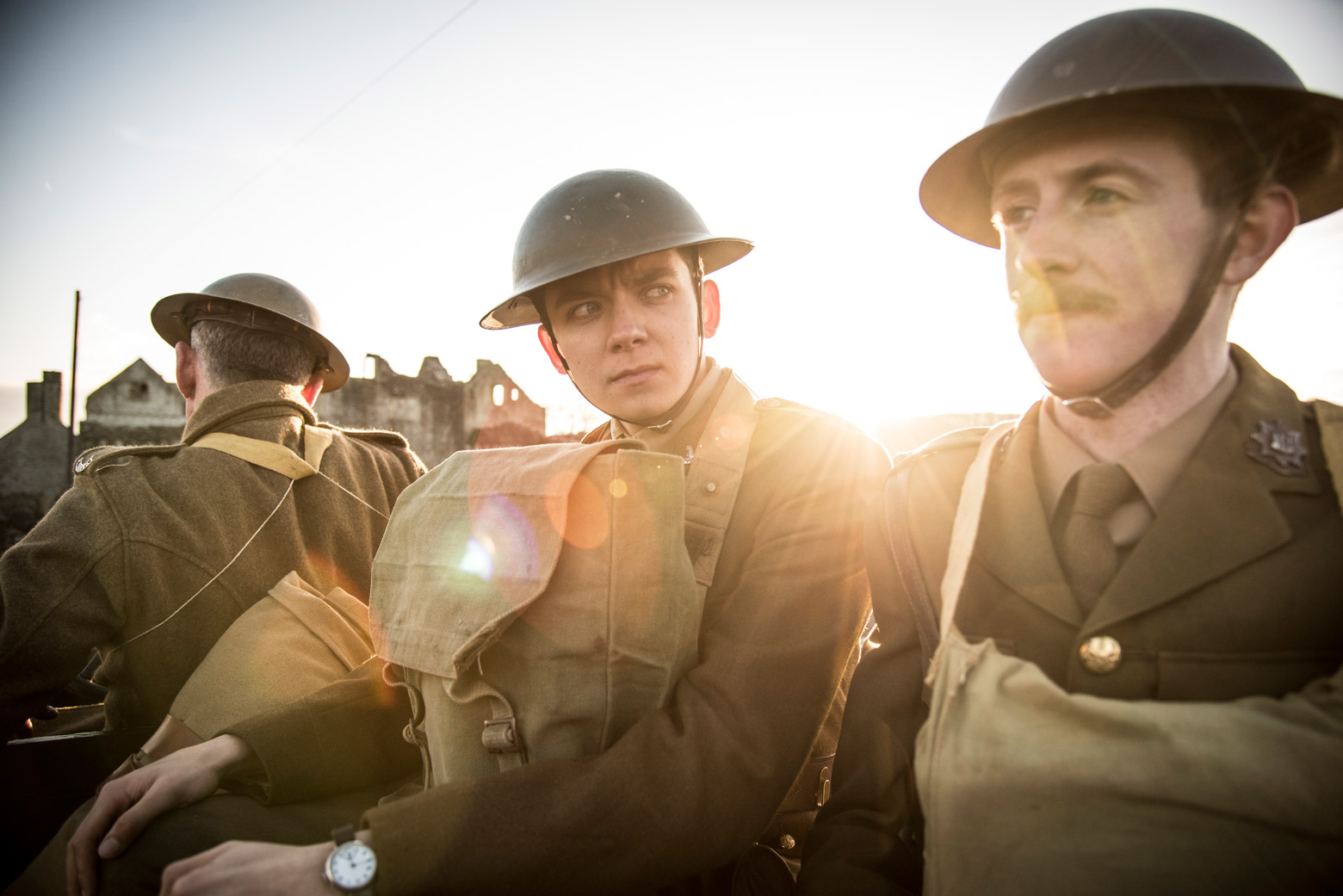 So chants a group of British soldiers stationed on the WW1 front line in March 1918. Each unit is tasked with spending six days a month at the front, and in Journey’s End we follow C Company, led by Stanhope (Sam Claflin). C Company’s six days seem certain to coincide with a raid by the Germans that Stanhope’s men have little hope of surviving. As death looms ever nearer, the soldiers all find their own ways of coping.

Journey’s End is based on the 1928 play by RC Sheriff. A common complaint directed at movies that have plays as their source material is ‘staginess’- that the films don’t open up the action enough to warrant the move to the big screen. That’s no problem here. The claustrophobic environs only help to underscore the plight of the men. Ninety percent of the action takes place in the trenches and the officers’ rudimentary bunkers. It’s dark, dank, and cramped; if the men have had an argument (and in such a high-pressure situation, there are many), there is nowhere for them to escape from each other. They are stuck, waiting to die.

Journey’s End is a bleak movie, yet it is not without humour, mainly centred on the unappetising menu offered by company cook, Mason (Toby Jones). There’s also some levity, of the heaviest kind, to be found in the way the men treat one another. Frightened and bitter and cold, they only have their fellow soldiers to turn to. Despite their dire circumstances, they still manage to laugh. It’s all they can do. 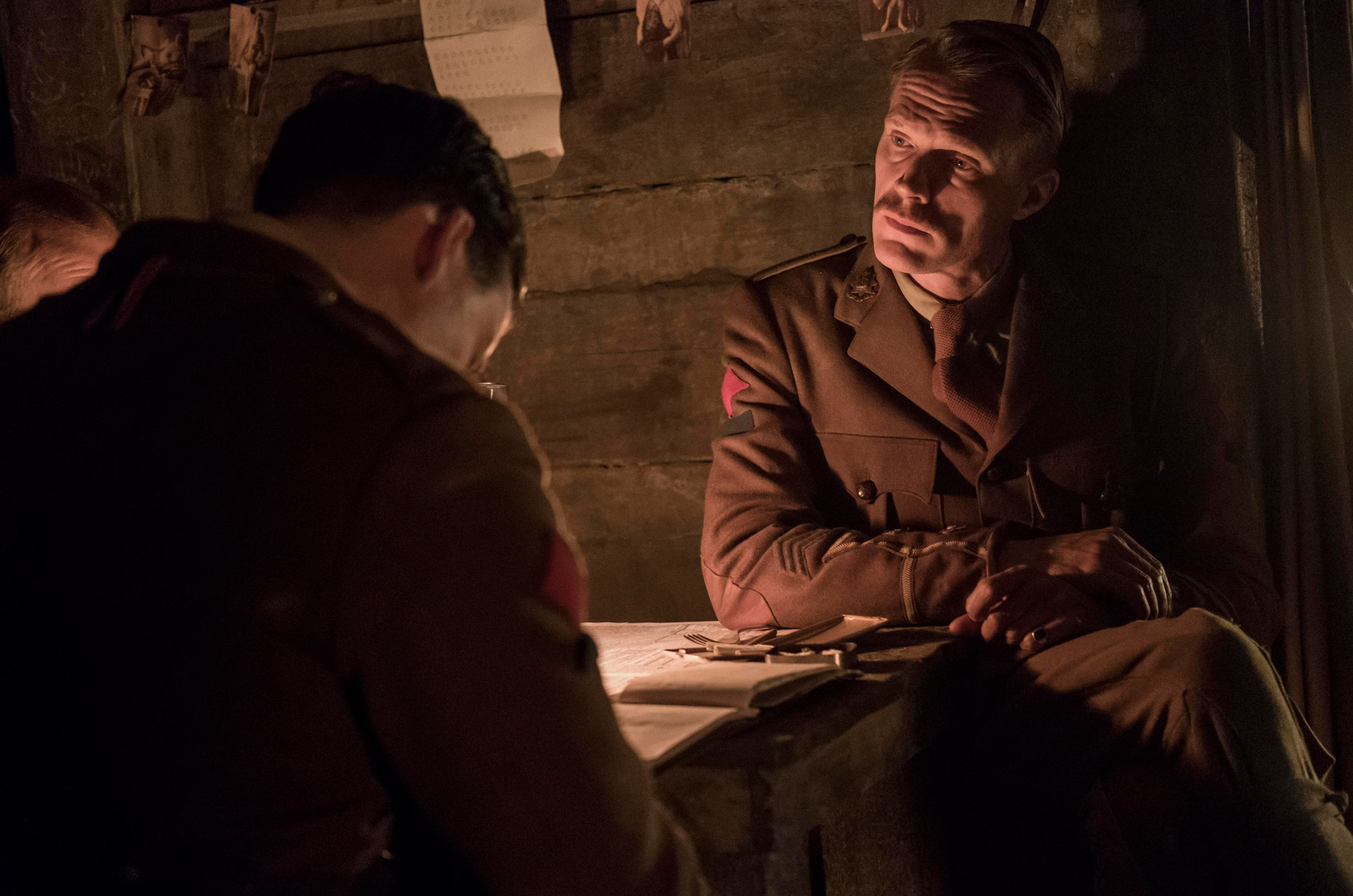 Older than the rest, Osbourne (Paul Bettany), called ‘Uncle’ by the company, holds the men together. A close friend of Stanhope, he’s watched the younger man crumble, tucking him in at night, and trying fruitlessly to keep his spirits up. It can be hard to play kind and do it interestingly, but Bettany manages, making Osbourne always watchful, and quietly assertive. The scene in which he is trying to distract young officer Raleigh (Asa Butterfield) from their imminent mission is the perfect example of his gentleness and strength. Once the smoke has cleared, it is the memory of Osbourne that stays with you.

Bettany is the MVP, but there isn’t a weak link in the cast. Sam Claflin really sinks his teeth into the dichotomies of Stanhope; a broken man, and still a damn good leader. For most of the movie, Butterfield’s Raleigh is painfully naïve. When reality smashes into him, his reaction is devastating. Toby Jones, Tom Sturridge and Stephen Graham round out the excellent ensemble. 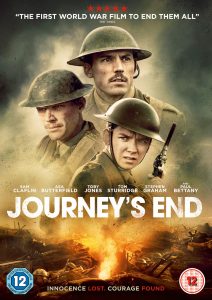 Director Saul Dibb is wise to the fact that the performances are what’s important here. His direction is smart and unobtrusive; there are no tricks. Muted cinematography, and a subtle, sparingly deployed score keep the men at the forefront.

Though Sheriff’s play is ninety years old, the searing reminder of the human cost of war is as pertinent as ever. Aided by an extraordinary ensemble cast, Journey’s End is a gruelling watch, and an essential one.