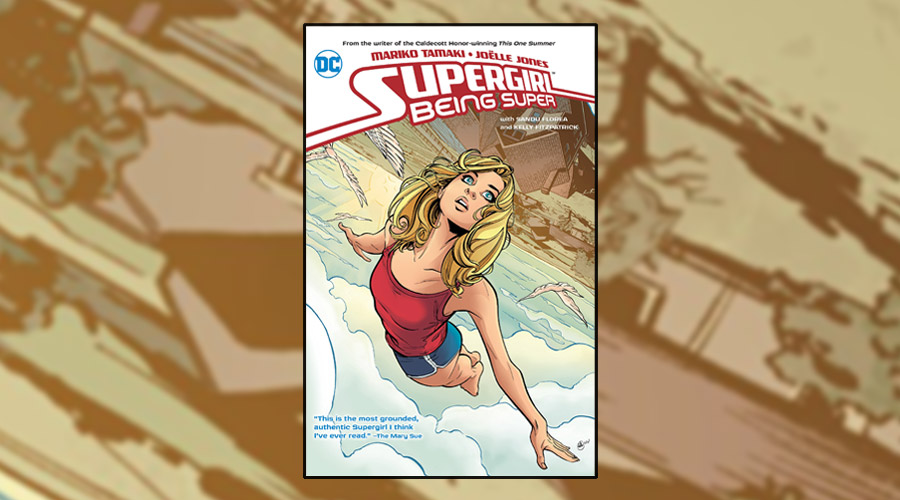 Being Super tells a Supergirl story set outside the confides of the regular DC continuity, without its trappings and complications. It finds 16-year-old Kara Danvers beginning a new year at school, unsure of who she is or what to do with her powers. Kara is aware she crashed to Earth as a child, but doesn’t remember anything of her life before. The comic essentially takes the form of a coming-of-age tale with a superhero twist, which has a few pitfalls but, for the most part, is a fun reinterpretation of one of my favourite superheroes.

Most Supergirl stories have a general issue of tying her too directly to her cousin, Superman – using the brand name that he is as a jumping off point for the character. Being Super smartly avoids this issue by mostly leaving him out of the picture, centering on a confused Kara who has no idea where her powers are from. It also thankfully skips over Smallville-like moments of Kara discovering her abilities; she starts off mostly knowing her skillset but is afraid to show anyone beyond her adoptive parents whatshe can do. An early story of her saving her grandparents from a fire, only to have them suggest she be taken away as a freak, provides a simple reason for why she would want to hide.

Elements of the story can be quite predictable at times – Kara is asked to wear a suspicious bracelet by her equally suspicious training coach and suddenly has issues with her powers, but it also has its fair share of shocks and twists. Kara goes through the ringer emotionally, really testing the strength of her character, before meeting a mysterious man from Krypton with a very different view on Earth. The essence of Being Super is an exploration of what makes Supergirl who she is, before she throws on the costume and jumps into being a full-on superhero.

Joëlle Jones’ artwork is fantastic throughout, keeping Kara believably teenage looking. Panels featuring Kara in flight leap off the page, and her action scenes are quite dynamic. An earthquake in the story is drawn in such a way to highlight the terror and confusion the characters feel, as Kara attempts to be a hero for the first time. Paired with colourist Kelly Fitzpatrick, Jones keeps Kara mostly in the standard red and blue colours associated with Supergirl but is willing to experiment with different looks, all of which feel appropriate for a 16-year-old.

Supergirl: Being Super is an interesting, alternative origin for the Girl of Steel that can still serve as a great introduction to the character for newcomers. While it’s not without its pitfalls, it also has its share of bold moments that make the book stand out. The end quite nicely sets up a sequel, one that would be most welcome.