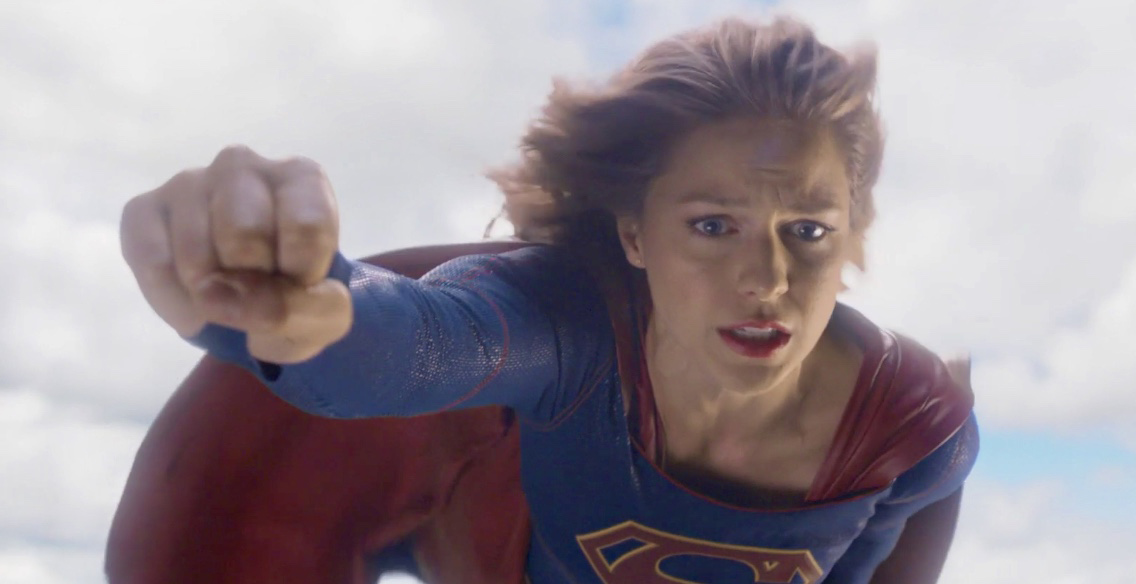 I’ve heard a fair share of complaints that Supergirl has been far too preachy in its last few seasons, its use of alien refugees (from other planets) a fairly thinly veiled commentary on immigration. Those complaints are only going to increase this season, which sees hate for aliens rise, with the public and politicians beginning to turn on innocent aliens – out of fear, hatred at them taking their jobs, suggesting deporting them back to their homeworlds. The villain of the season Lockwood, the Agent of Liberty, has some slightly Trump-like connotations, with an added supervillain outfit and army of loyal followers in gold masks.

The season kicks off by introducing the brother-sister duo of Mercy and Otis Graves, former associates of Lex Luthor no less, who are working to first expose the president as an alien. These seem like fairly significant threats but both are rather quickly dispatched to be replaced by Ben Lockwood as the main threat. An origin episode establishes how he came to hate aliens in earnest, as a series of events lead to them (in his eyes) destroying his life.

Lockwood is a fairly bland threat so far; he’s a bit too over-the-top evil with no real redeeming features. His Agent of Liberty outfit is quite striking but it’s not like he can stand up to a physical challenge with Supergirl, so the battle armour feels redundant. The aim this season seems to be to present a more human threat, rather than another big, powerful worldkiller, and his actions are slowly undermining Supergirl’s standing with the government. 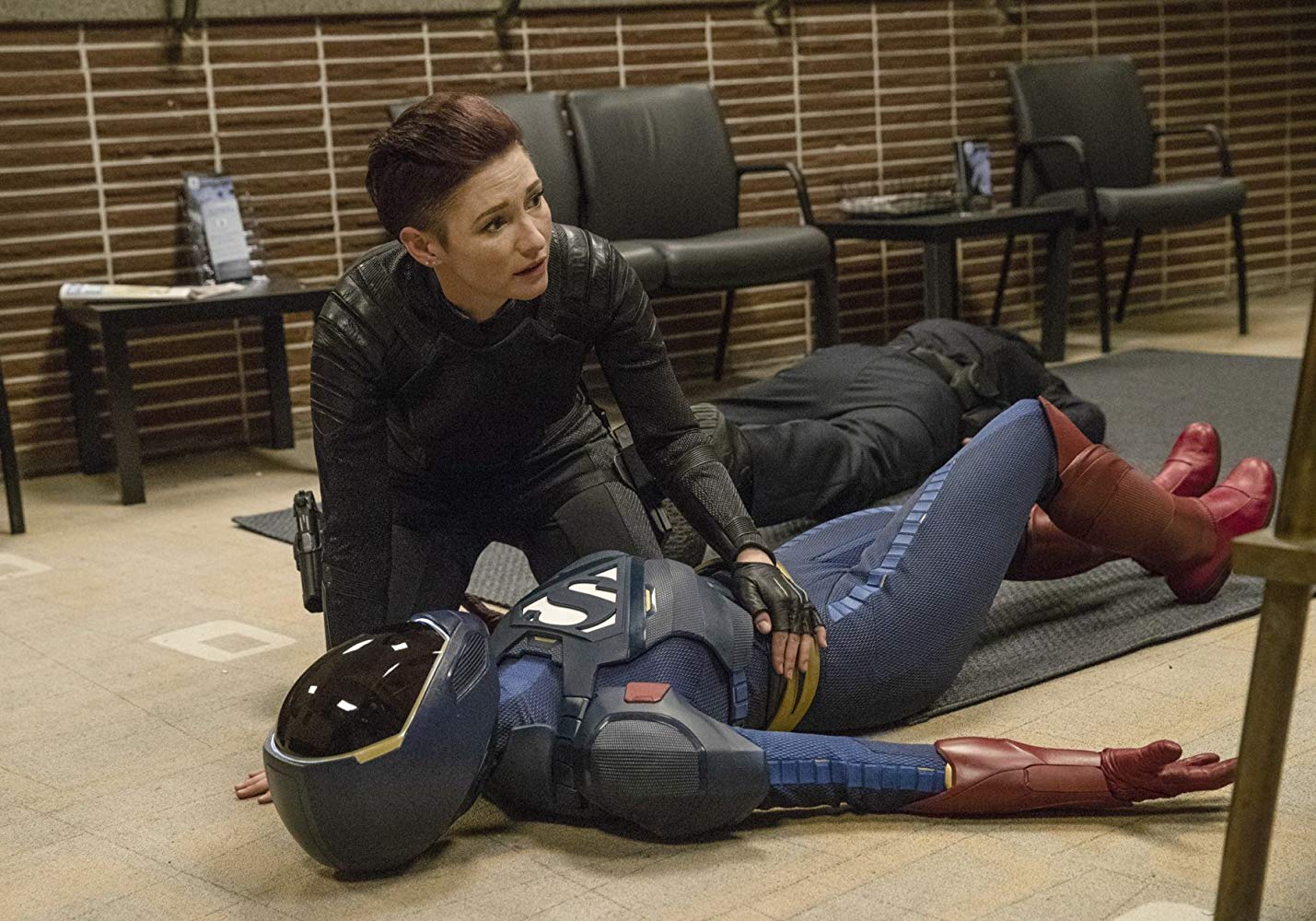 The other major threat forming for Kara is Manchester Black, someone who starts out as a cautious friend and ally but clearly has his own agenda – stopping the Agent of Liberty by any means necessary. The very British Manchester is introduced looking for his wife, who was kidnapped by Lockwood early in the season, but it rapidly becomes apparent he doesn’t follow Supergirl’s morals – kidnapping and torturing people to get answers. For the moment he stands more as an antihero, but it isn’t hard to see him becoming a true adversary.

Another new arrival this season is Nia Nal who is introduced in the first episode as a new reporter at CatCo, a shy, awkward girl who reminds Kara of how she used to be. Her introduction into the main cast doesn’t feel very smooth, with many of the attributes of her character being poorly written. She is established as a trans character, played by a trans actress no less, in a quick throwaway moment that is brave in how matter of fact it is handled. The show is wise to not centre her entire character on this but it doesn’t really give us much else to go on. She’s a bit unusual, she’s very kind, and she’s constantly tired. It’s not until quite late into the season that the big reveal of what she really is drops and it comes very fast with minimal setup. In a way it ends up feeling too similar to the introduction and reveal of Samantha last season (who has left in between seasons, being mentioned in one line).

Without the DEO to drive his stories, J’onn J’onzz is in a slightly odd place this season, with the writers seemingly unsure of what to do with his new direction. J’onn ostensibly left the DEO to get more in touch with his fellow aliens but spends a lot of the season on the outside. The best uses for him so far have been turning him into a sort of PI like in the comics. Though a few scenes in THE NIA NAL episode sees him assault Manchester Black with his telepathy in quite a strong show of his powers. He’s already beginning to become more involved as the Agents of Liberty become harder to ignore but it’s not easy to see how he fits into the grand scheme of things. 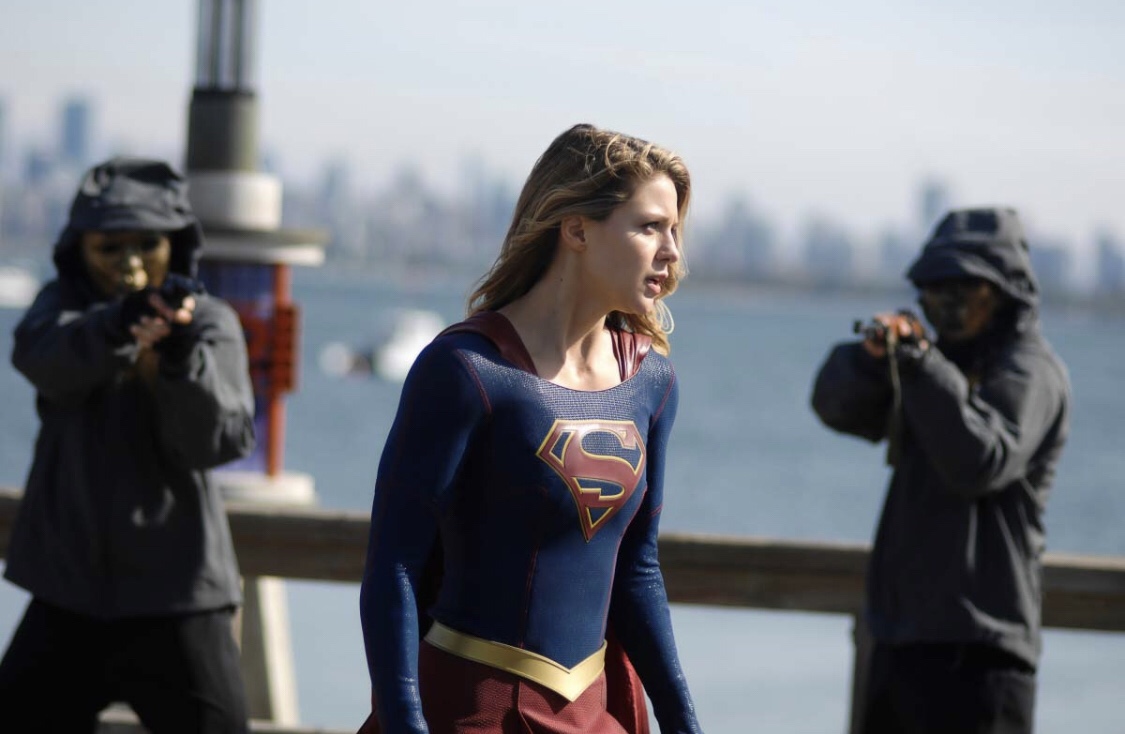 The show still seems to expect a great deal of audience engagement with James Olson’s role as Guardian, which I’m just not sure is actually there. This season he is able to find a loophole to resume his Guardian work with no risk of jail time, but finds himself in a weird position when the Agents of Liberty paint him as a hero fighting aliens. James wants to find out more about the dangerous group, so pretends to be interested in the same goals as them, potentially damaging his reputation in the progress. However, the show has yet to really prove the need for him even so many years down the line, yet the storyline keeps getting drudged up.

Supergirl herself feels a bit side-lined this season, with events happening around Kara and her having less of a real involvement than before. In many episodes she just shows up at the end of the day to save some people, but can’t even put up a direct fight. Early into the season she’s poisoned by a Kryptonite cloud that affects the atmosphere, forcing her first to sit out entirely and then later fight in a strange suit that filters out the mineral and yet limits what she can do. Even against alien threats like Parasite it’s established she can’t fight it as it could kill her with a touch. It’s a strange situation to place your hero in, with the back half of the season seemingly going to centre around how she needs to act more as Kara to save the day this time – and Kara has never been very interesting on this show.

We’re only half-way into the season but it feels rather haphazard at this point, though I’m quite intrigued to see if the writers can weave the various threads together. How does Manchester stay involved from here? What is Lockwood’s ultimate plan? Will Supergirl find herself an enemy of the state? And speaking of enemies of the state, what the heck is happening with the rarely teased but yet to be expanded on ‘Russian Supergirl’ plotline? Perhaps all will be revealed when the show comes back next year, but this season still has a lot to prove.