So far, season five of The 100 has made it clear that things have definitely changed over the course of that six-year time jump, but ‘Sleeping Giants’ served as a reminder that the old show we know and love isn’t going anywhere just yet. This episode had all the hallmarks of a classic outing of The 100, from spaceships and strategising to moral conundrums, all of which was underscored by strong character beats carefully built up over season-long arcs and a lot of skilful writing. ‘Sleeping Giants’, then, is an episode with five years of build-up behind it, and the result is an action-packed stand-out of an episode in an already brilliant beginning to the season.

After last week’s bunker interlude, the series wastes no time in delving straight back into Clarke and Madi’s fight for their home, bringing out all the season one callbacks you can think of in the process. This time, it’s Clarke who is the Grounder, while the Eligius prison crew are the ignorant arrivals from space trying to find a place to survive. It’s Clarke’s instinct to protect her home and her charge, and it’s not long before her merciless Wanheda personality comes out once again in her willingness to kill off anyone who’s a threat. It also highlights one of the biggest differences between Clarke and Madi: Madi has grown up in a relatively safe, peaceful world, but Clarke has known pain, suffering and war, and she’s not afraid to inflict that on others in a bid to protect her people. Equally, though, that protective instinct also makes Clarke vulnerable, and her determination to keep Madi safe ultimately leads to her capture.

Listening to all of this play out, but unable to do anything to actually help, is the Spacekru, with Bellamy, Raven, Monty and co having made their way across to Eligius IV in the hope of finding fuel to get them back to Earth. From their new position, they can hear the comms on the ground, and they learn that their people are being hunted without knowing that Clarke is the one who’s in danger. In the end, though, it doesn’t matter. Whoever it is that the Eligius crew are chasing, it’s going to be one of their people – there was no one else left on the ground – and the answer is the same, however you look at it: they’ve got to get back to the ground and help, somehow.

Ordinarily, all of that alone would prove enough to put together an exciting episode, but The 100 being The 100 and this season moving along at the pace it is doing, all of this is blown through in the first 10 minutes, serving as just a teaser of the episode to follow. There is so much going on here, and yet it’s all been pieced together so seamlessly that it doesn’t feel like too much, which is no mean feat. While Clarke and Diyoza may be battling each other for the upper hand on the ground, in space, Bellamy and Raven may have already found it in the form of nearly 300 cryogenically frozen soldiers, giving them another moral quandary to ponder in considering whether it’s right to kill all of the prisoners now before they get a chance to wake up and kill them first.

Not so long ago, Bellamy would have gone with option A, but six years in space and a hard-learned lesson about thinking with his head and his heart when he left Clarke on the ground to die has changed his thinking. So, with a big push from Echo’s battle know-how, they decide to use the prisoners as leverage, meaning Raven stays behind on the ship to be able to carry through with their threats – and Murphy opts to stay behind to keep Raven company too, not realising that she lied about being able to get back home again in order to convince Bellamy to let her stay behind in the first place. 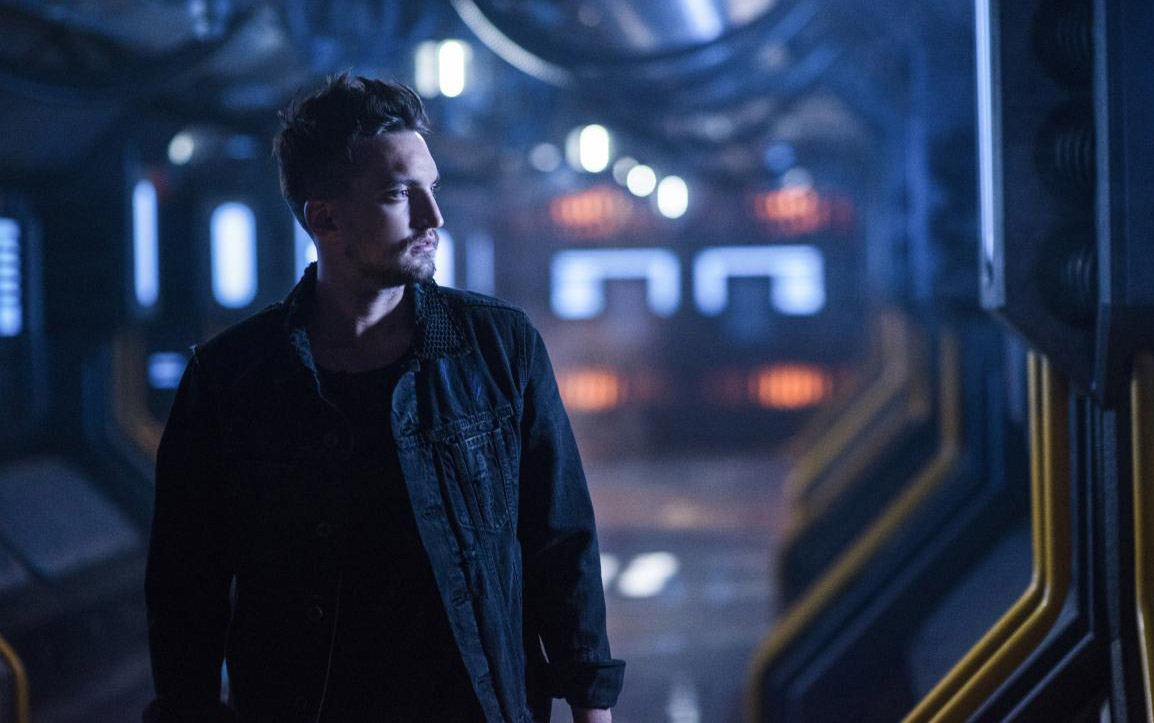 And then the Spacekru finds themselves on the ground again, no drama, no unexpected hiccups, nothing. It was as simple as finding fuel, loading up, and re-entering Earth – a long way from season one’s entire Ark storyline of how to get everyone to the ground again in the first place. No, the conflict here is their arrival and what it means for Clarke, already at Diyoza’s mercy, when she hears the earth-shattering revelation that there are five more hostiles in the woods – five people who definitely did not come from the bunker, and who definitely don’t belong to the Eligius crew.

It’s devastating to see Clarke tortured for lying when the audience knows full well she’s telling the truth, and it’s equally devastating to see Bellamy’s wounded reaction when Madi swoops in to save them from the soldiers and learns that Clarke is alive after all, and that everyone else is still in the bunker. Even for the audience, it’s a real whiplash moment, but it builds into something that’s been long-imagined since the show ended last year: Bellamy and Clarke’s reunion. Not only do the pair prove how in-sync they still are with each other in their echoes of “Madi, no”, but Bellamy also seems to instinctively know the best thing for Clarke in that moment too, opting to send Madi away from the danger as he uses his leverage to strike a deal to keep Clarke safe.

And then comes Bellamy’s reply, which both serves as a perfect summary of the pair’s history together and ends the months-long speculation of when and how Bellarke will be reunited on screen once again: “She is.”

It’s such a heroic and well-earned moment that it’s easy to let the Bellarke reunion become the dominating memory from this episode, but doing that would also be a disservice to the many, many elements that came together to build up a picture of our new world here. In amongst all the quick-paced, thrilling action that was the ‘Sleeping Giants’ plot, we also learned a history of the Eligius prisoners, and saw that there’s dissent within their ranks too – most notably between Shaw and everyone else, but particularly with the terrifying McCreary. We see that Bellamy, too, has grown into a true leader, using every bit of Clarke’s head and heart speech in all of his actions, while Murphy and Raven’s tentative friendship dynamic is gratifying to see develop after a lot of painful history between them.

With a lot of characters to play with and, apparently, a lot of plot to race through, The 100 is determined to keep this season going at a breakneck pace, and that’s no bad thing. As familiar as some of the situations the characters find themselves in may seem, there’s always something else around the corner to reiterate that this isn’t the same show you remember, it’s better. Yes, it’s just as dark, gripping and brilliant as before, but so far it feels like season five of The 100 is the show’s way of sharing how confident it is in just how good it actually is, by embracing everything about the show that makes it so. The only thing left for audiences to do is enjoy it.