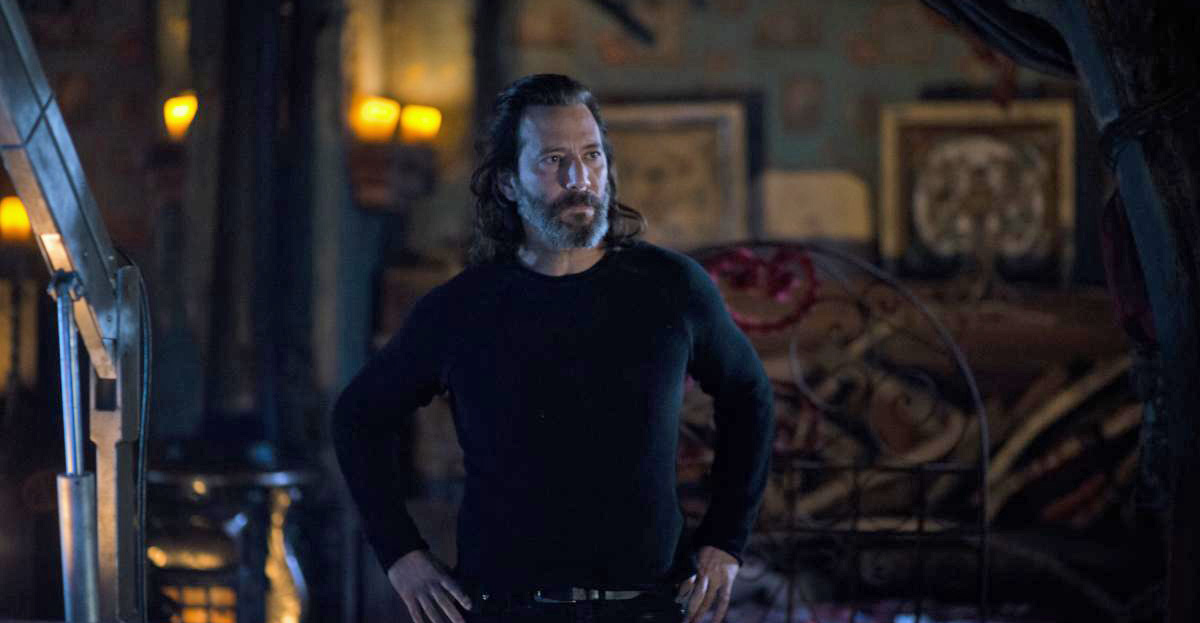 Well, it only took three months and 11 episodes to get there, but The 100’s latest episode ‘Damocles – Part 1’ makes it official: war is finally here. The penultimate episode of season five served as a maelstrom of violence, thrills and emotions, exposing all the flaws and consequences of every major bad decision made by the characters over recent episodes in heartrending technicolour. Kane is left questioning his humanity as he listens to the people he sold out getting slaughtered over the McCreary’s radio, while Clarke’s unwavering and overly protective motherly instincts pushed her to act unforgivably, leaving her almost unrecognisable from the survivor whose story we’ve followed – and understood – for years now.

Then there’s Octavia, who finally got the war she’s been after all season, only for the inevitable bloodbath that followed to serve as the thing that finally shattered Wonkru beyond all repair and force her to re-examine her beliefs and her role as Blodreina. And all of it came together to turn ‘Damocles – Part 1’ into an episode with real stakes and real confrontations that can no longer be put off until the War for Eden; that war is here, now, and it demands that you choose a side, a belief, or a person to fight for.

With half of Wonkru being wiped out by McCreary’s forces before the opening credits even rolled, the main thrust of this episode became about examining the choices that have been made so far – not least by Clarke and Octavia. Over the last few episodes, Clarke’s storylines and characterisation have been a struggle to follow, with her desire to protect Madi becoming overwhelming and rendering her one-dimensional, stripping Clarke of any compassion she has for her friends, any influence she has as a leader and any relatabilityshe had as a morally grey lead in the name of keeping Madi safe. Fortunately, ‘Damocles – Part 1’ has indicated a shift back towards the Clarke we recognise, but only after the show took her to her darkest, most single-minded point.

Pulling a gun on Raven and sending her off with McCreary’s men to be tortured while subjecting Echo to interrogation under pain of death was bad, strapping a shock collar around Madi’s neck and electrocuting her to stop her from making her own choices was worse – and, if anything, all it does is prove that no one should be taking parenting advice from Abby Griffin. Still, it did lead to a situation that forces Clarke to confront the decisions she’s been making and why – and it’s interesting that it’s the knowledge that Bellamy survived the bunker pit that shakes Clarke’s choice to be on McCreary’s side in the first place.

Whether it’s the knowledge that she hasn’t already committed the worst betrayal she can think of – leaving Bellamy to die – that stops her from betraying her friends again, or if it’s the L-word that seems to keep following this pair around this season more than any other, there’s no denying that it’s the chance to save Bellamy that marks a turning point for Clarke – and the Lexa-informed Madi telling Clarke not to risk leaving behind someone who’s so important to her becoming her biggest regret that’s the clincher. “Go,” Clarke tells Echo at the end of the episode. “Save him.” And once again The 100 proves that Clarke and Bellamy make the best choices when they’re working together, even if both of them aren’t aware of it. 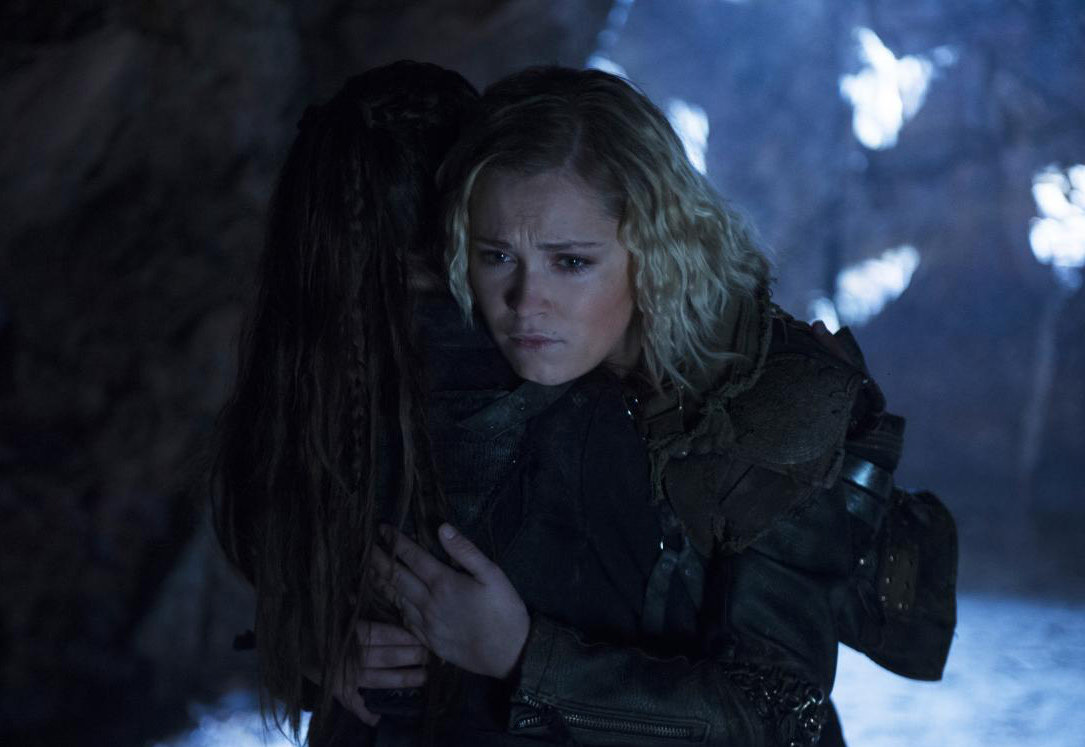 It was a different situation for Octavia who, for the first time all season, found herself separated from her Wonkru supporters and forced to face the facts that her leadership choices have led to the destruction of the very thing that has come to define her. Blodreina led her vastly out-weaponed people on a march towards death and later had to face a bloody battlefield of dead bodies and watch as any survivors were picked off one by one, even if they surrendered. Between being trapped on the ground with Bellamy, her biggest and most vocal critic, who’s only more than willing to lay the blame for all this death at her feet for once, and later as she comes together to survive alongside all three of the traitors she previously sentenced to the pits – Indra, Gaia and Bellamy – Octavia realises that she “broke” Wonkru, and that they’re not coming back to fight for her.

While last week’s episode provided a little more insight into her mindset as a leader, shouldering her people’s guilt so they can survive the atrocities of the bunker, this week’s set about dismantling the villain persona Octavia has been building up over the last season. Of course, it will take more than an obvious realisation and attempt at self-sacrifice to earn Octavia her redemption, but her actions this week marked a move away from the ruthless Blodreina we’ve come to expect and a step towards accepting that her time as leader is over. With the exception of a few key people, Wonkru have turned their back on Blodreina and a new commander has emerged to take over the leadership role – one who arrives just in time to save Octavia from death. Together, these shifting ideologies set the scene perfectly for another new world order for the surviving group, whoever they end up being.

After a series that has largely been spent building up and teasing out conflict internally while the external threat loomed mostly as an inevitability, ‘Damocles – Part 1’ finally brought that to a head. The episode ends with more than one life hanging in the balance, with Gaia suffering injuries on the battlefield and Kane being subject to one of the more horrific attacks we’ve had on this show when Vinson’s obsession with the doctor leads to his taking a bite out of Kane’s neck in the hopes of provoking a relapse in Abby’s recovery.

For the first time all season, death feels like a real possibility for these characters and it started the moment Jaha’s former adoptive son Ethan – someone we truly expected to see more from – is the first to take a bullet in the opening sequence. With that also comes the benefit of excitement and unpredictability, which is always a good thing heading into a season finale. The threat of war has been hanging over this season, and it meant that we could more or less be assured that the main players would live to greet the battle. Now that time is here, all bets are off, and there’s nothing left to do but wait for the fallout.