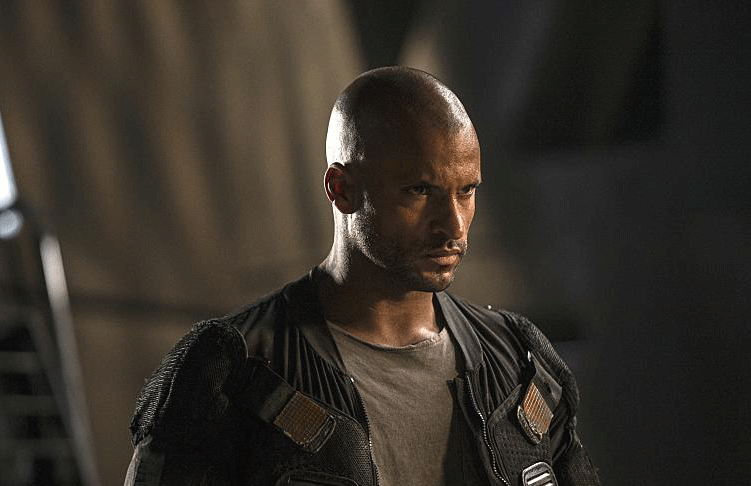 “Ste yuj,” Lincoln tells the Grounders in Arkadia’s prison when they see him being taken away. Stay strong. They’re words that Kane repeats back to Lincoln when he makes the decision to walk back to his execution to save those same Grounders, and they’re words that I think we all might need right now. Stay strong, everybody, because while ‘Stealing Fire’ may have killed one of our most-loved original characters, it also felt like a step towards returning to the characters and the dynamics we had in the early seasons, and that can’t come soon enough.

In Polis, Clarke is still trying to ensure the survival of her people after Lexa’s death by appealing to Aden, Lexa’s favourite, and his promise to protect them but then in comes Ontari, the Ice Nation’s Nightbleeder, and she destroys all hopes for a harmonious future. Especially after she beheads Aden and all of the other officiates in their sleep so she can claim the throne for herself. Pike’s similar determination for power has him sentencing Lincoln and Sinclair to death alongside Kane, and so Harper, Miller and Octavia embark on a rescue mission to save their people and get them out of Arkadia, without the help that Bellamy and Monty offer.

And then we get to Lincoln, whose death scene managed to be one of the most powerful moments in an episode that also featured a man slitting his own throat on someone else’s sword. Unlike Lexa’s death, Lincoln’s felt deserved, and considering that his and Octavia’s relationship has largely been sidelined this season, their final moments together were heartbreaking. Everything from Lincoln’s sedating her to protect her to Octavia’s face switching from despair to anger in seconds as she watches the execution from a distance was a great reminder that there always have been powerful emotions at play here – and Marie Avgeropoulos reminds us once again how absolutely phenomenal she is. 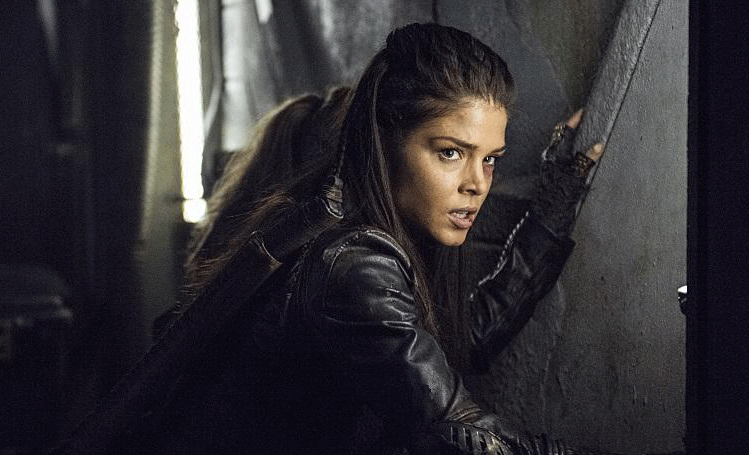 So, this week’s episode covered a lot of ground in a lot of different places, and although most of it was necessary, jumping between all these different strands took away a lot of our forward momentum. The 100 has always had a lot going on, but switching from Arkadia to Polis and back again with so much to consider in both places this week came at the price of struggling to keep up, but even that is better than Bellamy’s story, which went nowhere at all. Bellamy has been central to so much of what goes on in Arkadia that to suddenly take him out of it was a little jarring – not to mention the fact that it raised all sorts of unanswered questions, like why isn’t Pike wondering where his right-hand man is? The one thing it did prove was that Bellamy’s redemption arc isn’t going to be as easy as changing his mind one day, and rightly so.

Where ‘Stealing Fire’ did excel was its writing, which has been fantastic this week. For a season that has been playing a few too many of its keys moves off-camera, this episode actually revealed plot and motivations naturally in dialogue and was all the better for it. We found out more about Miller’s boyfriend Bryan and his reasons for showing Pike loyalty and we hear that Bellamy’s distrust of the Grounders is still a big hurdle for him to overcome, despite what he’s trying to show with his actions. It’s becoming clearer that when Bellamy talks about “his people”, he doesn’t mean Sky People in general and instead he means his sister and his friends – which goes a long way towards explaining his change of heart last week. 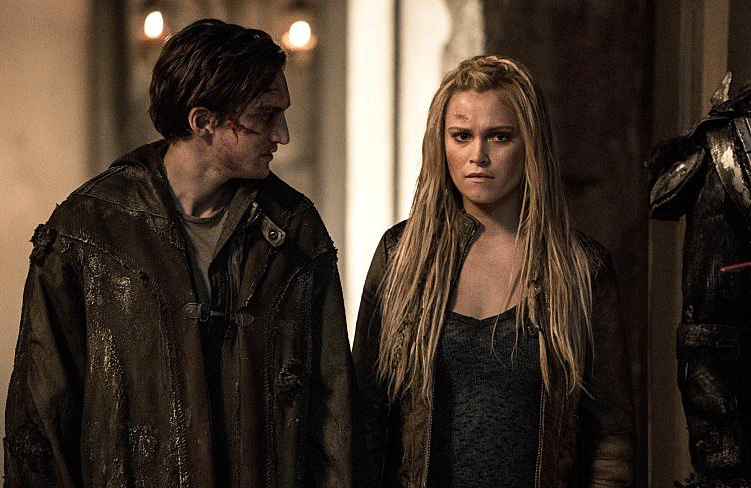 So far, season three has been quite fractured, with too many places and people to follow and keep up with consistently every episode, but seeing our core group come together to interact again is just what we needed. At the end of this episode, we have Clarke riding towards Arkadia with the Flame to find Lincoln and enlist his help in finding Luna, Murphy reluctantly taking over Clarke’s place as the only Sky Crew member in Polis, and most of the main members of the original 100 (with Kane, Sinclair and Bryan for good measure) coming together again on their own, outside of the power play and restrictions of the Ark or Polis or the Mountain.

Each of these characters have changed immeasurably since episode one and forcing everyone into one place to confront these changes and move forward feels like the best way to give longtime fans some satisfaction from a very dark season, and I’m very excited to see what comes next.