If there’s any one thought that sticks with you when reading Nicola Barker’s The Cauliflower, it’s that this book is like none other you’ve ever read before. It’s a meta, fragmented, melee of a book, that jumps through both time and style to tell the fictional biography of the (real) Indian mystic and yogi Sri Ramakrishna – and it truly is an utterly unique experience.

First things first, there’s nothing traditional about this novel, so it stands to reason that the plot doesn’t follow any traditional format either. At its most basic level, The Cauliflower is the story of the life and legend of Ramakrishna, his nephew and servant Hriday, and the strong and unconventional Rani, whose stories intercept and interlink but do not tell the whole tale. Instead the novel makes a point of going off on tangents, experimenting with narrative forms and styles to interject with the life story of one of Ramakrishna’s most deferential followers here, and the history (and value) of salt there.

Hriday’s story serves as the main anchor of the novel, the first person narrative that we keep returning to time and time again, as he describes how he devotes his life to his Uncle’s wellbeing so his Uncle can worship in his own, mystical way. Ramakrishna’s story, however, is told in snippets, through interviews, questionnaires, and haikus – especially haikus – while Rani’s story is told via a third party guide who is very aware of their position as a modern day narrator in charge of telling the story. We vary from specific times and dates (“14 July 1871”, “six miles north of Calcutta”) to pure guesswork (“1869 or thereabouts”) in the space of a single chapter and stories are dropped suddenly only to be reintroduced several pages later with a very knowing: “Remember that?” 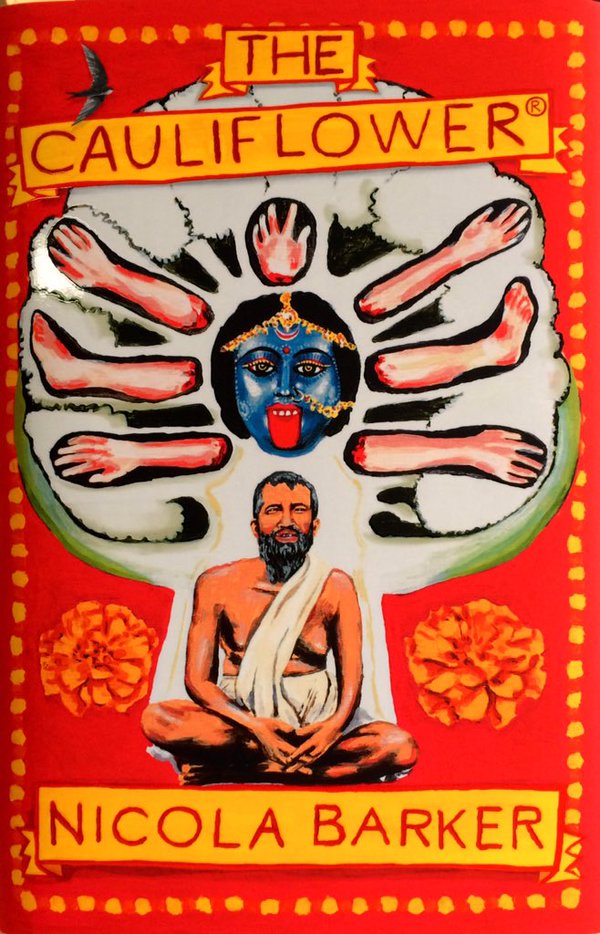 But throughout everything, The Cauliflower paints a highly detailed, meticulously researched portrait of Indian culture and Hinduism. There are vividly brutal descriptions of the traditions upheld by the Indian people, their beliefs and the caste system at work, just as there are gloriously portrayed stories of Hindu Gods and their myths and parables, from Vishnu the preserver to Brahma the creator, and from Shiva the destroyer to most importantly, Shiva’s consort Ma Kali, the mother goddess to whom Ramakrishna was particularly devoted to.

Expecting The Cauliflower to be a holistic novel with a set beginning, middle and end will leave you disappointed, and more than a little frustrated. It’s a difficult reading process and quite unsettling when the narrative is frequently pointing out what it’s doing, what words it’s using and how those words came to be known as such (Kalikata > Kolkata > Calcutta, for example, with the key component here being Kali). But as a story being told it’s such an unpredictable journey that it almost needs to be read to be believed.

“Rather than puzzling the shards of history and legend together, Barker shatters the mirror again and rearranges the pieces,” the blurb reads, and it’s difficult to put it in any other way. The Cauliflower is an unconventional telling of a weird and wonderful story, and an expertly woven piece of literary fiction that will doubtless allow readers to continue drawing meaning from it with any and every future rereading.

Like Sri Ramakrishna, The Cauliflower is unconventional and unique, and so much of a thing unto itself that it feels unfair to compare it to other novels. It’s a fascinating look at the development of modern India that is very playfully told – but it’s also much more likely to alienate its readers than fully immerse them in such a jarring narrative.

The Cauliflower is published by William Heinemann on 21 April 2016.