The 100 really outdid itself this week. ‘Fallen’ was powerful, bloody and incredibly brutal – and also kind of brilliant. From the moment it opened with Octavia beating the living Hell out of Bellamy and throwing the now infamous “you’re dead to me” line in his face while Bellamy just stood there and took it, this episode simply refused to let up, no matter which dark or disturbing scenes were coming up next.

And, speaking of dark and disturbing scenes, there are not enough words to describe how absolutely incredible Lindsey Morgan was as Raven in ‘Fallen’. Morgan absolutely nailed it. She played every scene brilliantly – from her desperately frantic attempts to block ALIE out through sensual stimulation right through to her pitch perfect portrayal of ALIE’s mannerisms when she finally submitted to the AI – and took the City of Light storyline to a whole new level along with her. 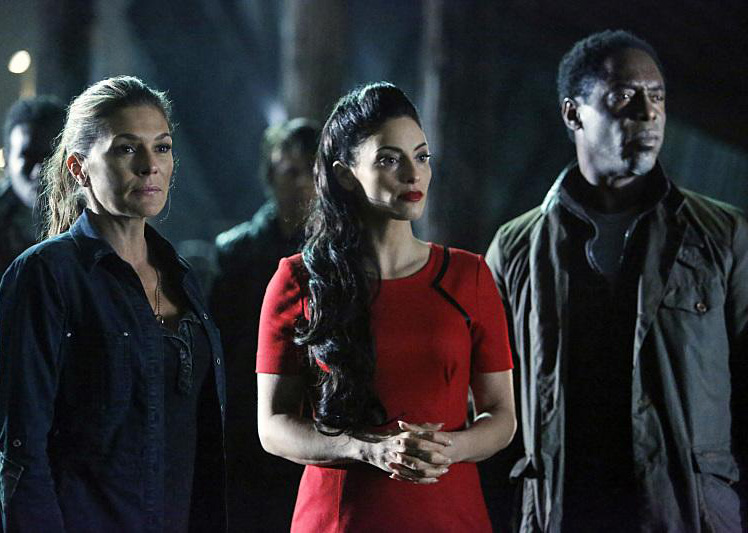 All season long, ALIE and Jaha have felt like a minor inconvenience compared to Pike’s tyranny, the Ice Nation’s extreme violence and the ever present thirst for vengeance that the Grounders have towards the Arkers, but now we’ve seen what ALIE is capable of, we also realise just how much of a threat she can actually be. Especially now she’s willing to take away her victims’ free will.

Seeing everything that has ever caused Raven pain – having her bone marrow harvested, undergoing surgery without anesthesia, losing Finn – in such quick succession was heartbreaking, and a very real reminder of exactly why Raven took this chip to begin with. The horrific flashbacks took a very sci-fi centric idea and made Raven’s submission to ALIE a very human decision, not to mention inevitable and completely understandable.

And then we come to Bellamy Blake who, while not quite at Raven levels of suffering, certainly bore the brunt of a lot of people’s anger this week. Bellamy is the rebels’ public enemy number one right now – they don’t trust him and that’s completely justified. After his offer to help was refused last week, neither the characters nor the audience really know where Bellamy stands at this point – which, of course, made his betrayal of Pike all the sweeter. 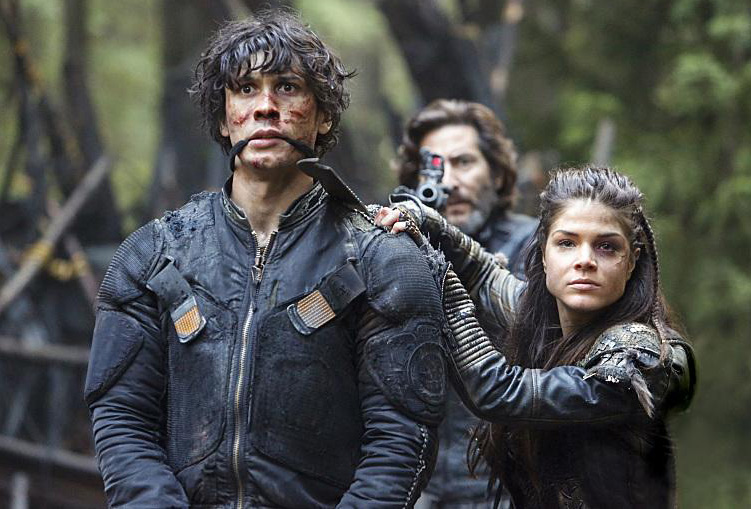 That’s not to say that Bellamy has earned his redemption stripes just yet, and Kane once again became the voice of reason as he called Bellamy out on his actions – “Did you do this for your sister, or because this was the right thing to do?” Right or wrong, Bellamy’s priority has always been looking after Octavia, so seeing his overpowering of Pike was a strong moment – a definitive action that clearly announced which side he was on – especially since it so closely mimicked his earlier overpowering of Octavia at the dropship.

‘Fallen’ was also the episode that proved the kind of leader Ontari was going to be – namely cruel, violent and a liar – but what did we expect from someone who was raised by the Ice Nation queen? What’s worse is that she also proved extremely manipulative – and rather ALIE-like – by taking away Murphy’s choices, forcing him to once again adapt to his surroundings in order to survive, even if that means being clad in chains and doing Ontari’s bidding to avoid her gouging out his eyes or cutting his head off. 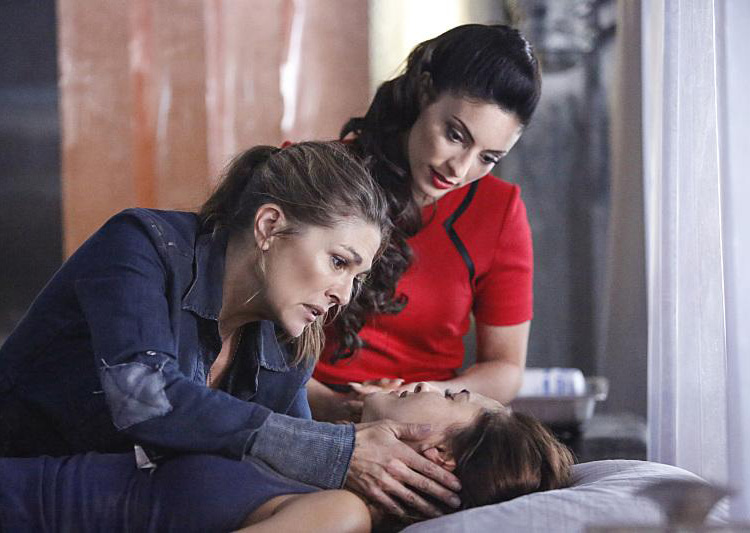 But we’ve always known that this show isn’t afraid to push boundaries, and my God did this episode really drive that point home. There were times when ‘Fallen’ was difficult to watch, but it really felt like a return to the core elements that have always been at the heart of this show – survival, relationships and morally grey areas.

Tonight proved to be a timely reminder of what makes this series so great. Here we are with our favourite delinquents poised to reunite with their relationships more fractured than anything we could have possibly imagined when we first met them way back in season one. ‘Fallen’ is the episode that proves The 100 had a plan for its season all along, and it’s looking likely that the payoff for all the brutality, pain and heartbreak both the audience and the characters have gone through is worth the wait.