And so, onto Arkadia. Whereas last week centred the action solely in Polis amidst the Grounders’ demand for the Sky Crew’s blood after Pike and his men attacked a village, ‘Terms and Conditions’ shows Lexa’s orders coming into effect back in the Sky People’s camp. The Grounder blockade is forming, a request that their leader hands himself over is made and the discord inside the Ark is brewing. As Bellamy says, “Welcome to the war against Sky Crew.”

The only problem is that there isn’t just a war raging against them, but amongst them too. Everyone is a suspect inside Arkadia and Pike orders a camp-wide surveillance to keep his people in line, while friends and lovers turn against each other in the name of ‘doing what’s best for your people’. For Bellamy, that translates to shooting Grounder messengers in cold blood, and for Kane, it’s turning Pike over to the mercy (or lack thereof) of the Grounders in order to save everyone else.

The whole dynamic of ‘Terms and Conditions’ was an interesting one. It’s rare that we stay in one place for a whole episode (even last week there were flashbacks to break it up), so delving so far into Arkadia and Arkadia alone felt a little jarring compared to the rest of the season. It cleverly played with many classic spy tropes and most of them were very well executed and managed to up the stakes considerably, all the while making some good TV. 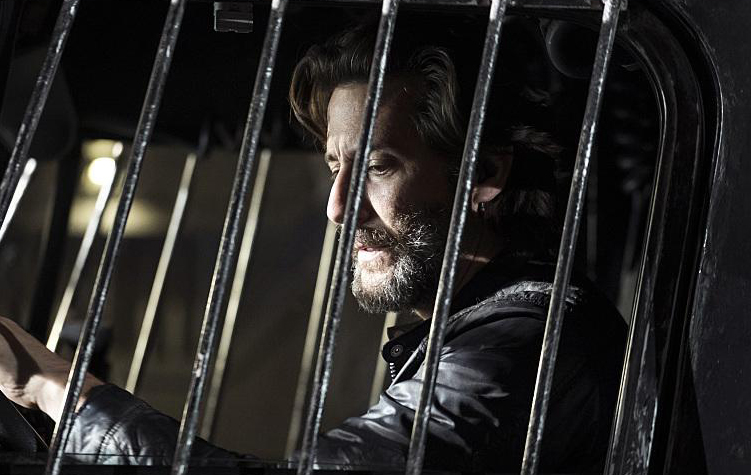 But despite such a tense setting, the missed opportunity to actually check in with some of the supporting characters that largely get sidelined at the best of times means everything fell a little short. We spend so much time with Kane, Bellamy and Pike that we never get a chance to hear what the other characters are feeling. We know from throwaway lines here and there that they’ve got their own inner conflicts to deal with, but we don’t see it – and, strangely, Abby didn’t appear even once.

It’s fitting then that in amongst this drawn-out episode, the subplot goes to the least engaging storyline on the show at the moment as Jaha, ALIE and Raven all band together to find the second AI. The cause sees Raven enlist Jasper’s help, and it was good to see the season one friends together again. Even better was that they used that deep-rooted friendship to get Raven to question what ALIE is actually doing to her. Because just like how Jaha couldn’t remember Wells, Raven realises she doesn’t remember Finn’s death, or anything about him at all actually. But instead of accepting it, she chooses to fight against ALIE’s control. And that’s why we love Raven.

All in all, ‘Terms and Conditions’ was kind of a mixed bag. It had its standout moments, of course, and one thing I did appreciate was all the throwbacks to Finn’s death in season two. Between the Grounders surrounding camp and sending a messenger to the gates to demand justice, Bellamy was right when he recalled that we’ve been here before. This time, however, the outcome is very different – while Finn actually turned himself in to spare his friends and his people unnecessary fighting, Pike refused to do so. 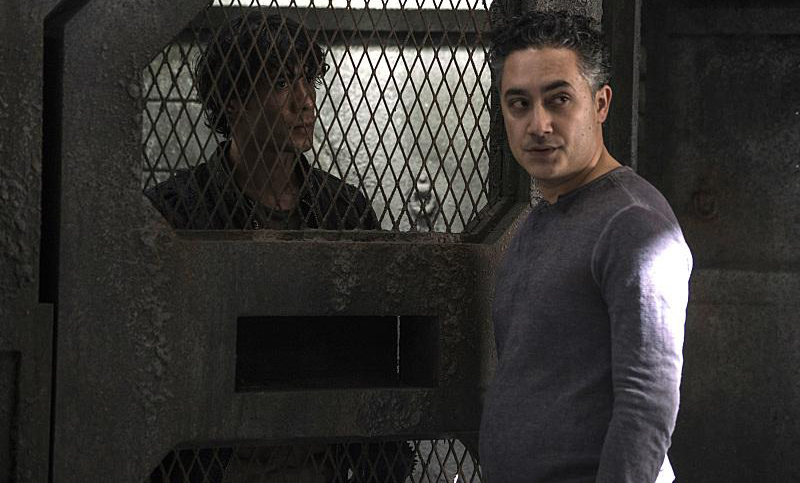 Things on The 100 are never easy, and if this episode proved anything it’s that people can turn on you. Even Bellamy, Pike’s one-time biggest supporter, and Monty have started to reevaluate what it is they’re actually fighting. Bellamy’s character arc has been one of the most frustrating this season. His motivations can be justified if you go back far enough and put the effort in to do so, but it’s never really felt right.

We’ve seen hints before that he might not completely agree with Pike, but now it looks like Kane being sentenced to death and his friends potentially being next on the list has finally provoked him into actually doing something. It could very well be a case of too little too late, but I’m at least glad he’s finally remembered who his people really are – and that Pike may not be one of them.

More so than any other episode to date, this week had a lot of disappointments. The season as a whole has had a couple of pacing issues – mainly skipping over things too quickly to rush on to the next thing – but ‘Terms and Conditions’ went in the other direction, and it didn’t always benefit from the decision. The 100 constantly reworks what characters see as right and wrong and it always forces their characters to make difficult choices, and this week The 100 did continue to do all of that – but staying in Arkadia for so long also gave its viewers cabin fever.