Going into this week’s episode, it didn’t feel like it was a finale. With its lack of early urgency and its headspace still firmly rooted in last week’s development, ‘Morning Star’ ended up having to go a long way to build into something great and memorable enough to withstand the near year-long series break. While the episode didn’t quite make it that far, it did manage to pull itself back – and that was mainly thanks to Jace.

Dominic Sherwood has been one of Shadowhunters’ most consistent actors – whether you love Jace or hate him, you can’t fault Sherwood’s ability to bring the character to life, flaws and all – so it was fitting that he had the biggest part to play in the series finale. With his own internal war over whether he’s inherently good or bad raging, Jace went to a dark place this week and set off on a one-man mission to bring Valentine down for good.

All through the episode, Jace is intense, broody and completely ruthless when it comes to getting answers, and that all contributed to one of the best fight sequences we may have ever seen in this show in Jace’s showdown with Hodge. All of the cold determination that followed in his forcing Hodge to take him to Valentine was both very well done and incredibly chilling as Jace came to believe more and more that he is his father’s son, a warrior trained to kill and a bad person. And yet, the Jace we know and love is still in there somewhere, because it was his love for his friends that ultimately sent him exactly where Valentine wants him: by his side. 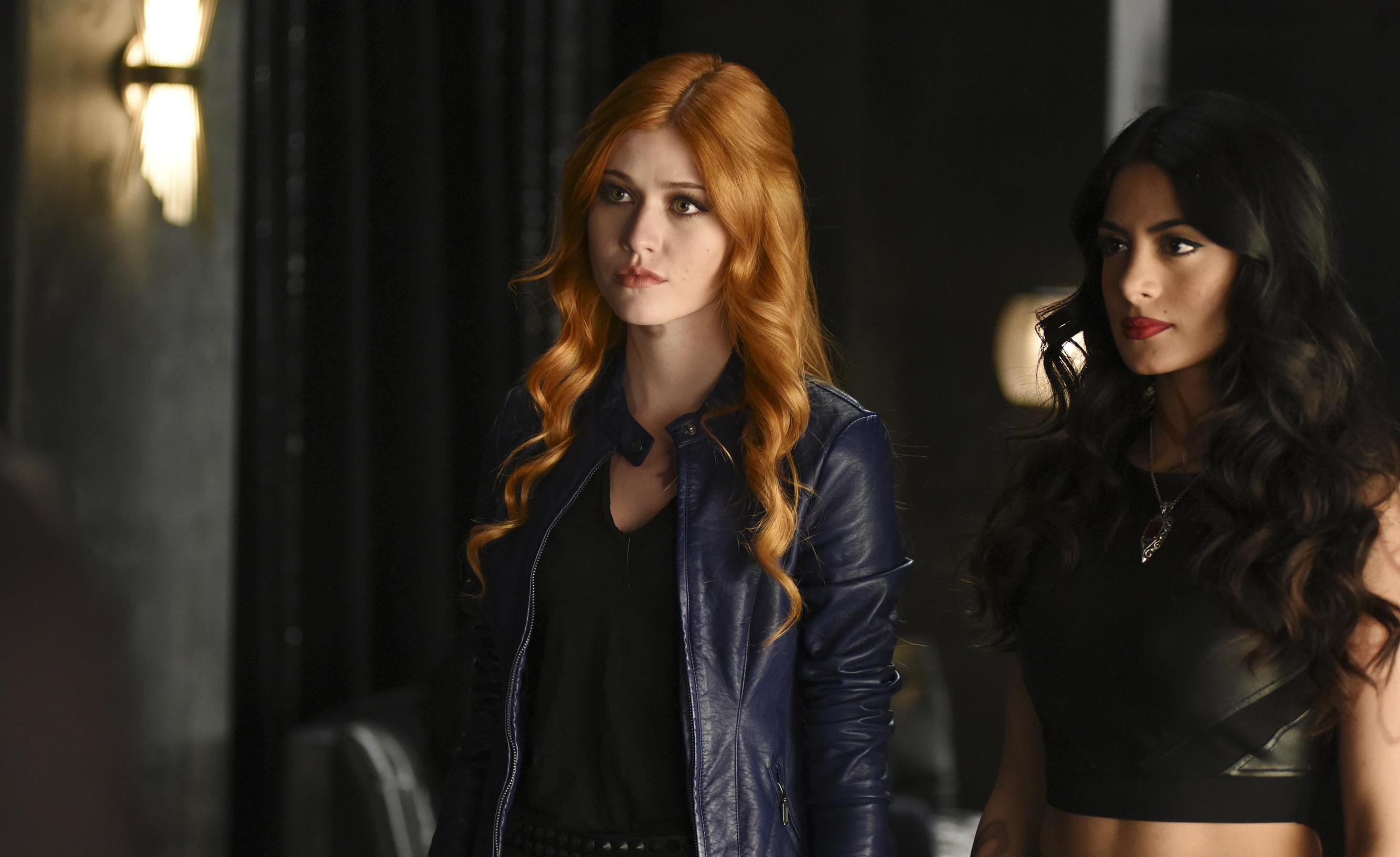 So, with Jace standing firm as the strongest part of the episode, the side story with the rest of the cast just felt lacking – and their problems had considerably less moral implications. In the never-ending battle to wake Jocelyn up, Clary’s quest for the Book of the White takes her, Simon and Isabelle from the Hotel Du Mort to Camille’s apartment on the Upper East Side, while Alec and Magnus primarily take the time to figure out the realities of their fledgling relationship, now the immediate glow has worn off.

There was plenty going on, sure, but even between the five of them, nothing in their storylines really stood out. It was nice to see Izzy back out in the field and being a badass – she’s been locked up in the Institute too long – and Simon was as geeky and adorable as ever, but overall anything that wasn’t with Jace this week fell a little flat. Although I will say that Katherine McNamara has come a long way with Clary. It may have taken a whole season to get there, but when she doesn’t have to be scared, confused, or staring doe-eyed at Jace for episodes on end, Clary can be a worthwhile character too.

However, the writers decided Jace was the best means of furthering this plot along, and so they focused all of their attentions on him at the expense of all the other characters. Even Alan Van Sprang’s Valentine, whose arrival has been so anticipated all season long and who this episode was supposed to be about (for those not in know, ‘Morning Star’ is a translation of ‘Morgenstern’, Valentine’s last name), didn’t get the time he deserved, making him possibly one of the least-threatening villains I’ve ever seen on TV. 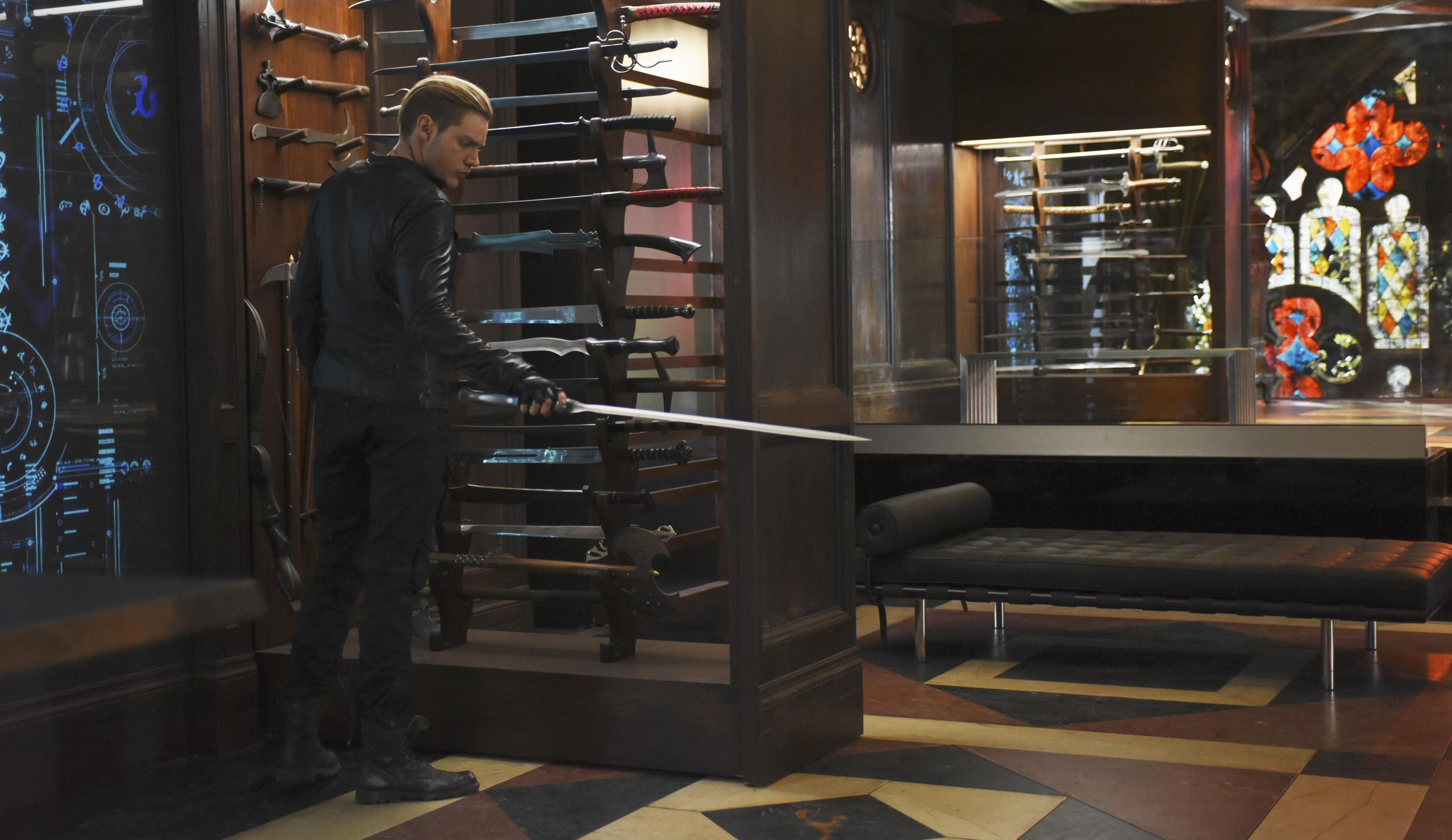 ‘Morning Star’ started slowly, and the episode never managed to kick that lethargy as the hour unfolded – one or two action sequences does not a season finale make. Between the sluggish pace and the extreme similarity to Star Wars, of all things – Jace cutting off Hodge’s hand, Jace switching to the dark side and Valentine’s building a “new order” of shadowhunters to name a few – nothing here felt particularly new, or like it was raising the stakes in any considerable way.

Still, ‘Morning Star’ had its moments, and the closing scene of Valentine and Jace on the cargo ship was quite a nice nod to City of Ashes and the move towards a second season with new material to cover, which is one book more than the film adaptation managed to get to.

Maybe I was expecting more after 13 weeks of build up that left me a little disappointed with its conclusion, but let’s just hope the fans’ positive response to season one gives Freeform a bit more confidence in this series, and that next time around we get episode after episode of arcs as strong as Jace’s morally-conflicted descent to the dark side was here.