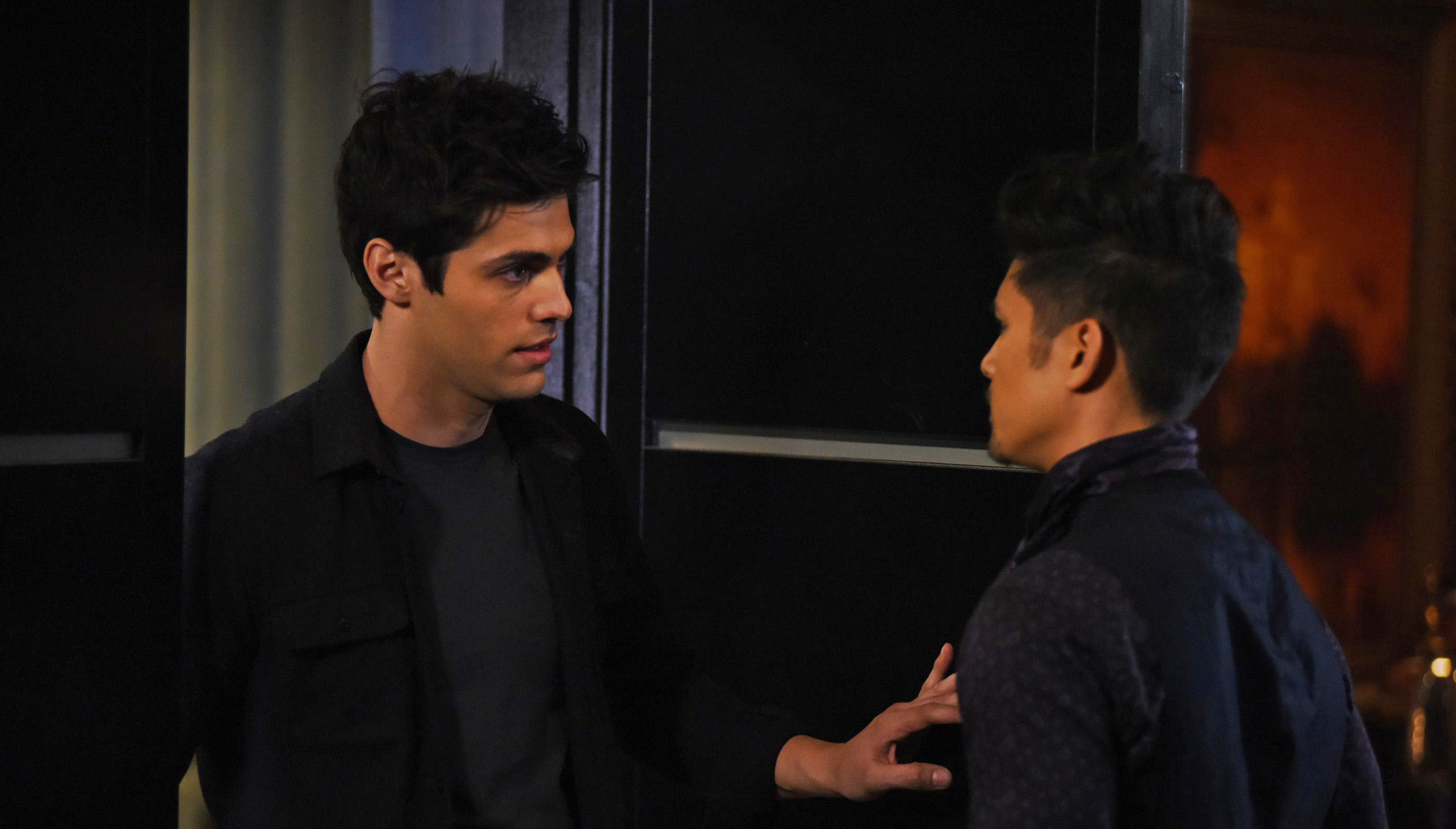 ‘Awake, Arise, or be Forever Fallen’

Oh, Shadowhunters. Despite this week’s intriguing episode title – ‘Awake, Arise, or be Forever Fallen’ – the episode itself felt a little flat, interrupting the momentum of the main action to spend a little more time focusing on bringing side plots up to scratch. There’s no denying that the minor arcs needed a little more attention, and if we want to see everything come to a head in the summer finale, then all the characters and plots need to be on the same page. And yet. Considering the build up we had to this week and the web of lies and deception that Jonathan has been weaving for the last few episodes, ‘Awake, Arise…’ stalled after Jonathan attacked Max in the opening scenes, swapping out plot-driving action for mournful reflections, flashbacks and unnecessary backstory.

After setting up the main drama in the Institute with Jonathan’s attack on Max (which in turn prompts the Shadowhunters to realise that Jonathan is likely hiding amongst them and glamoured to hide his true demonic form), Shadowhunters delves deeper into the Downworld this week. Luke and Magnus’ trip to the Seelie Court to unite the Downworld against the Clave leads to some ill-thought out repercussions with regards to their Shadowhunter friends. Luke didn’t go there to start a war and he’s not willing to turn his back on Clary, and the Seelie Queen tells Magnus that his love for Alec makes him weak. But while Luke is apparently able to leave this meeting with no consequences, quickly getting tied up into a secondary werewolf pack plot, Magnus is given more to think about and spends the rest of the episode ruminating on his recently-strained relationship with Alec.

And, really, it’s hard to see the subsequent Malec scenes as anything other than fan service. Narratively, it’s difficult to see why the writers have decided to delve back into the early days of their relationship at this moment of the show; instead, it feels like we’ve had a few too many episodes providing the pair with angst, so the show is compensating by reliving some of the unseen, happier times. Despite the odd plotting beat, though, Magnus and Alec remain a very dynamic onscreen presence, whether they’re discussing their fears in bed after their first night together or breaking up in the present day as Magnus realises their relationship is stopping both of them from making the best choices for their people – and causing too much tension between them too.

Even though the flashbacks were probably unnecessary, Magnus and Alec’s storyline did at least manage to have some emotional resonance for long-time viewers, which is more than can be said for Simon and Maia’s plot this week, which featured the turning of a new mundane character named Bat (Kevin Alves) into a werewolf. In the books, Bat ultimately comes to play a key role in Luke’s werewolf pack, but bringing him into the show here just felt a bit odd, and more of a means of delving into Maia’s backstory now that she and Simon seem to be going strong – which, again, felt both jarring and rushed considering the politics and war at play around them. 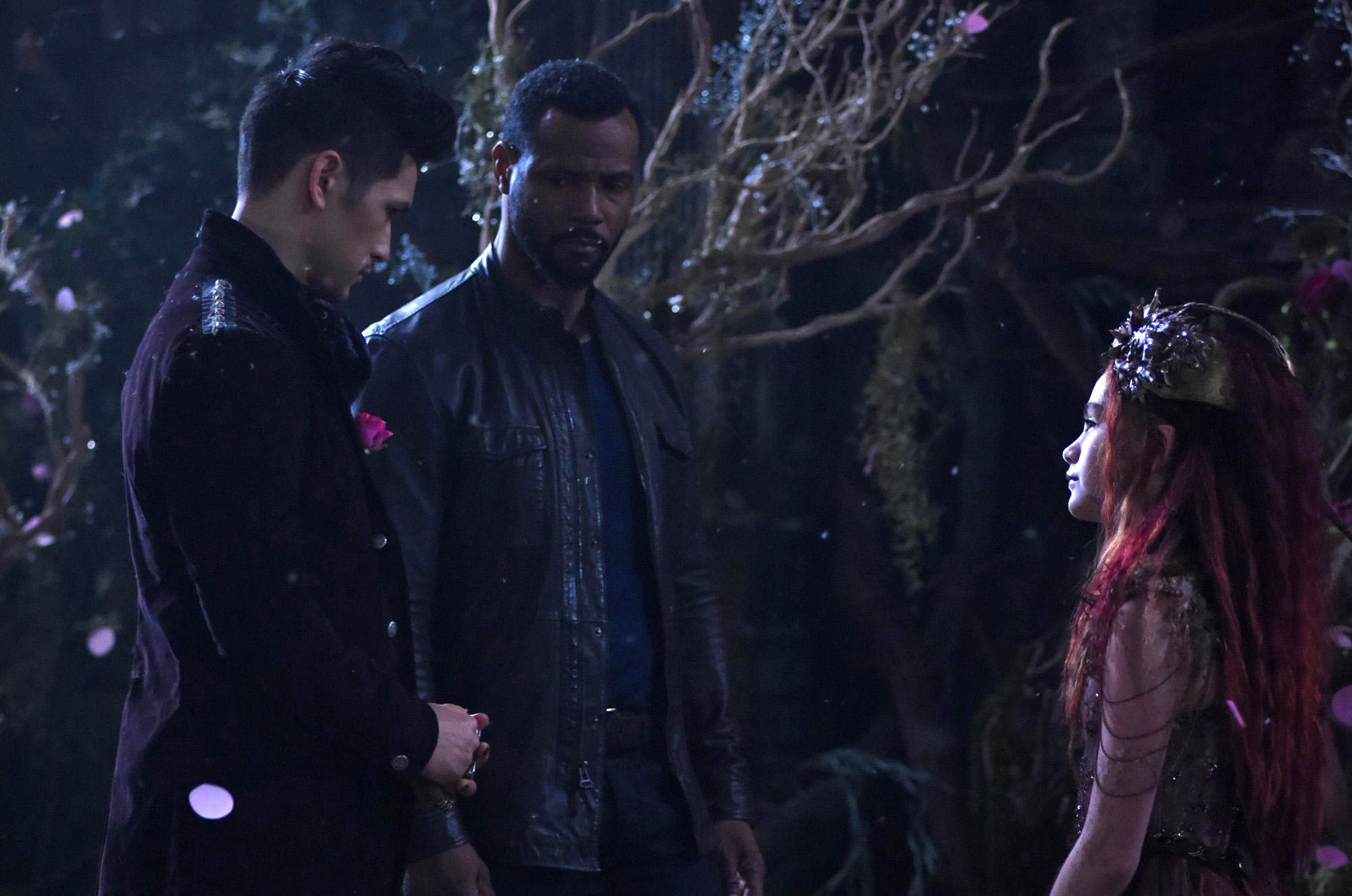 In fact, this whole werewolf heavy c-plot felt like it missed the mark a bit this week, clashing with the rest of the episode in terms of both tone and pace. Even the characters we do care about, like Luke, didn’t get fully realised arcs – just a quick fight against an old enemy that’s returned after so long away with no mention whatsoever that an audience is unlikely to remember him in the first place. It was such an unexpected turn after Luke’s first scenes in the Seelie Court and, considering it was clear that Luke was never going to lose a fight to the death anyway, there was no tension here whatsoever anyway. And the fact that the episode also decided to set up another storyline as Luke’s mundane police partner learns his secret (again) was just one too many threads to commit to caring about.

All of this then only served to detract time and attention from the episode’s main and most exciting plot: Sebastian’s inevitable unmasking as Jonathan. Jonathan spends most of the episode trying to silence Max and find the Mortal Mirror, with varying results. Max spends most of the episode in limbo, with Jonathan fairly confident he’ll die before he can name him as his attacker, and while the Lightwoods are sitting around his bedside, Jace is determined to protect the Mirror himself, arguing that he’s the best match to fight Jonathan as they were both raised by Valentine. Of course, Jonathan is tricksier than that, successfully drawing Jace away in time to slaughter the rest of the Shadowhunters standing guard in a brutal (but brilliant) scene.

What was done less well, though, was the shift in Clary’s regard for her brother, which is another rushed element that marks a complete turnabout from what we saw last week. Clary is no longer championing the idea of second chances, making her a threat to Jonathan even as he still holds onto the idea of keeping his sister close. Their fight was a refreshing burst of action in an otherwise sluggish episode – and if it proved anything, it’s that Will Tudor really does have a great handle on playing an evil character, which will always be a great thing for this series.

In all, ‘Awake, Arise, or be Forever Fallen’ was a filler episode that ultimately left us with two major points to move forward with: 1) the Shadowhunters know Sebastian is Jonathan and 2) Clary figured out the actual Mortal Mirror is Idris’ Lake Lyn. Everything else we saw in the episode basically just feels like window dressing, which is a big disappointment when it follows the well-done build up we’ve had leading up to this point. There’s no doubt Shadowhunters is gearing up for a big finale, and with two episodes to go we can only hope that they get back on track next week. But, for now, ‘Awake, Arise…’ was a bit of a misstep, the kind of which no show really wants so close to the end of its season.