If you managed to get to ‘Thirteen’ without finding out what happens then hats off to you, because the rest of us weren’t so lucky. If you follow the show online in any way, it’s been very difficult to avoid the incredible backlash to Wednesday’s twist, and now the episode has finally aired over here I’m just going to come out and say it: Lexa died and it wasn’t a death she deserved. And what makes everything so much worse is that her death – and the reaction to it – overshadowed what was actually a really good episode.

Because this was a powerful hour of television, and it came to play a key role in the building of The 100’s mythology. As Murphy pieces together, the Grounders and the Sky Crew are more connected than we first thought and all those hinted at links between ALIE, the City of Light and the Commander and the Grounders’ sacred symbol came together here in a bold way, and Lexa’s death was very much crucial to the telling. 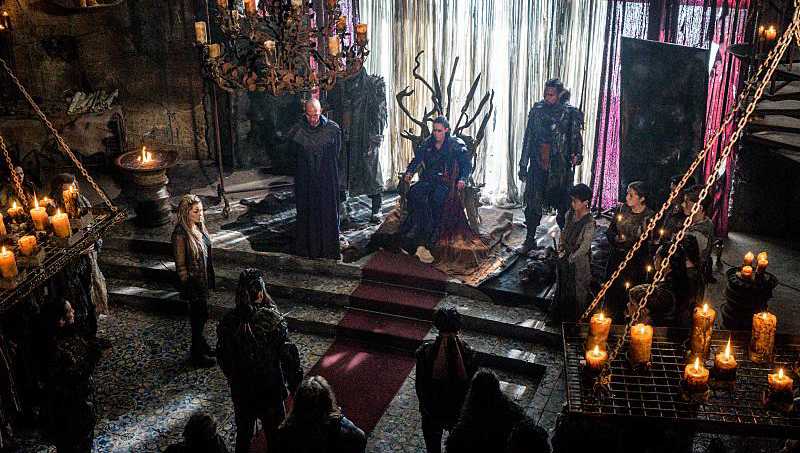 It’s the way she died that’s the issue. Throughout this season, Lexa has been making some bad choices out of deference to her feelings for Clarke and these decisions have continued to weaken her in the eyes of her people – something that Titus can see, and keeps pushing her to rectify. Despite this, she continued to prove that she’s brave, ruthless and yes, a leader, and as such Lexa kom Trikru deserved a better death than a bullet meant for someone else in an attempt to provoke a war.

A better death scene, however, I don’t think we could have got, because Eliza Taylor and Alycia Debnam-Carey absolutely nailed it. It was heartbreaking, emotional and expertly-acted and everything from Lexa’s giving Clarke’ her words from a season ago back to her – “You were right. Life is about more than just surviving.” – to Clarke giving Lexa the full traveller’s farewell was beautifully done. And then we got the twist, that the ALIE 2.0 chip is what the Grounders know as the spirit of the commander. In previous episodes, whenever Lexa has mentioned that her spirit will live on, Clarke (and the rest of us) has always assumed the Grounders believe in reincarnation. That this “spirit” is actually an extension of ALIE and the City of Light raises all sorts of intriguing and unforeseen questions. 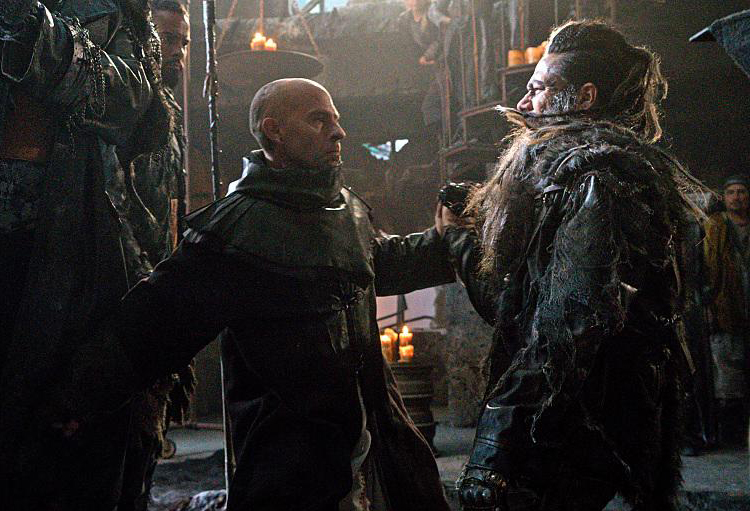 What we do know, however, it that the technology came back to Earth with Becca, creator of the original AI that destroyed the world, and presumably the Grounders’ first commander post-nuclear destruction, because alongside the telling of the present-day affair, we also saw the aftermath of the end of the world 97 years earlier. What’s more is that Becca is shown to be the catalyst for everything: the nuclear launch, the thirteenth station being blown out of the sky, the creation of the Nightblood that all commanders have, and the person who hopes to save mankind with her ALIE upgrade.

It was a brave move in a season with so many threads already to take the story away from characters we know and devote so much time to the plight of ones we don’t, but thanks to its origin arc and its sheer importance, it worked. And the one benefit of keeping our present-day story solely in Polis is the time it gave to Octavia and Murphy, who are both as badass and snarky as ever, despite their circumstances.

Octavia in particular becomes Clarke’s voice of the people, showing her how her own judgement is clouded by Lexa. The Heda has left them all to die before and she does continue to put her people first (albeit, with some allowances for the Sky Crew’s safety), so Octavia is left very disenchanted by Clarke and her so-called leadership tactics. It was also nice to see Octavia inspire Indra to fight again for her courage and her honour, and Octavia’s vow to fight against her own people, her brother if she has to, is just another sign that the Sky People are edging ever close to a civil war of their own – and the Blake siblings may just be the first casualty. 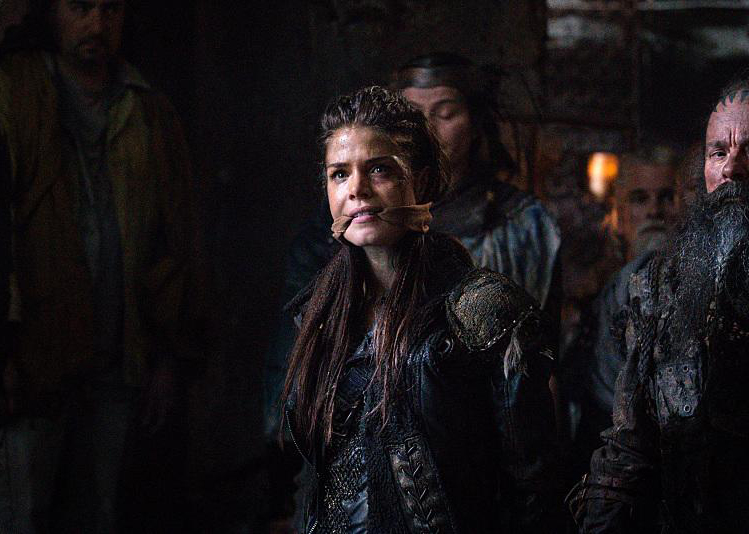 As a self-contained episode, you can find very little fault with ‘Thirteen’. It introduced any number of important plot points, the performances were phenomenal, the shots were beautifully done and it finally provided some much-needed overlap between our major storylines. But when faced with the knowledge of how much fans had invested in Lexa’s character and her relationship with Clarke, the fact that her death was so thoughtless really is just such a shame.

Anyone who had anything to do with the hows of killing Lexa did drop the ball here and now this episode will forever be a dark spot in this show for fans of her character, but generally ‘Thirteen’ was an incredible and memorable episode that developed some very interesting strands for the season to come and I’m still excited by what’s next.