“I don’t really understand this, but I suppose our world is changing.”

For all his limited screen time, Robert Lightwood managed to sum up most of Shadowhunters in one simple sentence. Their world really is changing, more every day, and with last week’s bombshell still ringing in Jace and Clary’s ears and Alec on the verge of marrying Lydia for the good of the Lightwood name (and at the expense of his feelings for Magnus Bane), ‘Malec’ quickly became about relationships forged and relationships broken.

And with that title, of course it was Magnus and Alec who took centre stage. Alec’s marriage to Lydia is not one Magnus can accept, and he forces the shadowhunter to really confront his feelings and question the real purpose of his marriage and who it’s to. To Alec, it’s about “family, tradition and honour” and Magnus’ response is easy, not to mention very true: “Where is the honour in living a lie?”

It does the trick. For a character who’s always been so focused on his duty and his responsibilities, having Alec finally focus on himself and what he wants was an incredibly worthwhile thing to witness. Because of course Alec chose to pursue his relationship with Magnus, and Lydia’s support for and acceptance of Alec’s happiness was more than I expected from her, and a very lovely touch. In fact, everything about that wedding scene, from the costumes and the set up to the shadowhunter rituals and the music – especially the music – was incredible, very well done and such a spectacle to watch, culminating in a moment that many book fans have been waiting for. 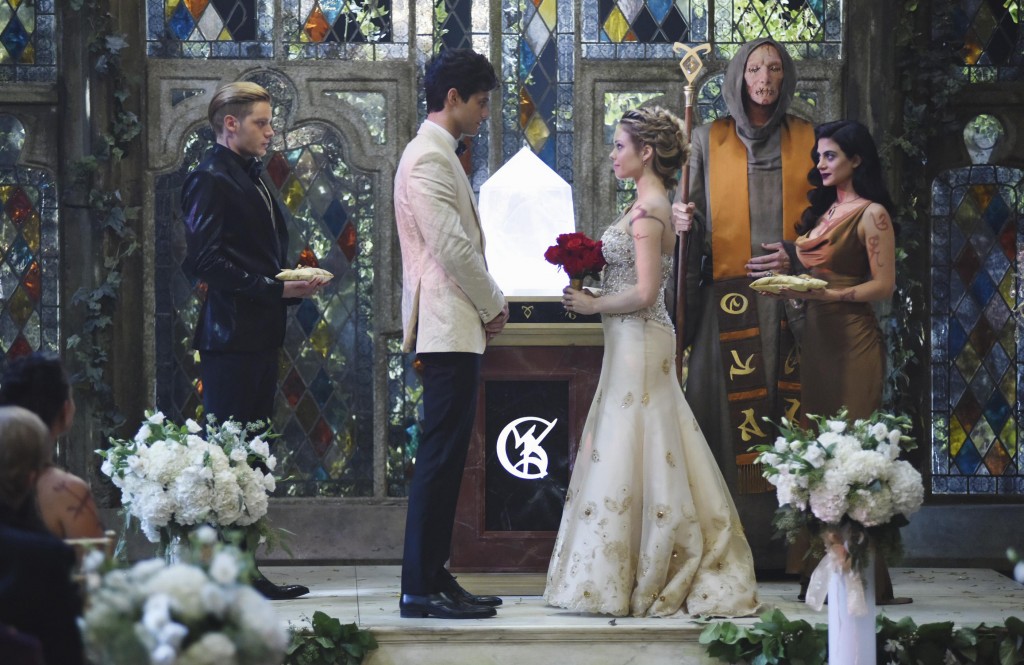 But Malec’s wasn’t the only relationship forged tonight, and Alec also took the time to make up with Clary, in large part to thank her for bringing the Mortal Cup back and freeing his sister from a life of exile, and also with Jace, thanks to said sister’s much-welcomed meddling. “I don’t know how things got so messed up between us,” Jace says. “But I do know my life has been a lot harder not having you to talk to.” And with the apologies out the way, that’s all Jace needs to start exploring the implications of his relationship with his sister.

All through this episode, Jace has been very business first, internal angst second, and it’s only at this point that we learn what he’s feeling here, that he is sick, and wrong, and that there’s a “darkness” in him. Considering Jace, by his own admission, has only ever tried to do what’s right, these are difficult emotions for him to process. What makes things worse is that he can’t (or won’t) shut Clary out of his life, and his emotions are only going to get harder to deal with as Clary fights to wake up Jocelyn and reunite her family, which seems to include Jace too as she shares with him her mother’s box of her brother’s stuff.

The relationships between the characters in all their forms were by far the strongest part of this episode, but for everything it got right, there were still a few problems, mainly in that we jump through plot points so quickly it’s almost like they’re an afterthought. The entire introduction of warlock Ragnor Fell, travelling to find him and how he may or may not be able to help ended with his untimely death at the hand of a Shax demon not ten minutes later, making his entire purpose in this episode become about playing Magnus’ guardian angel and prompting him towards fighting for Alec. 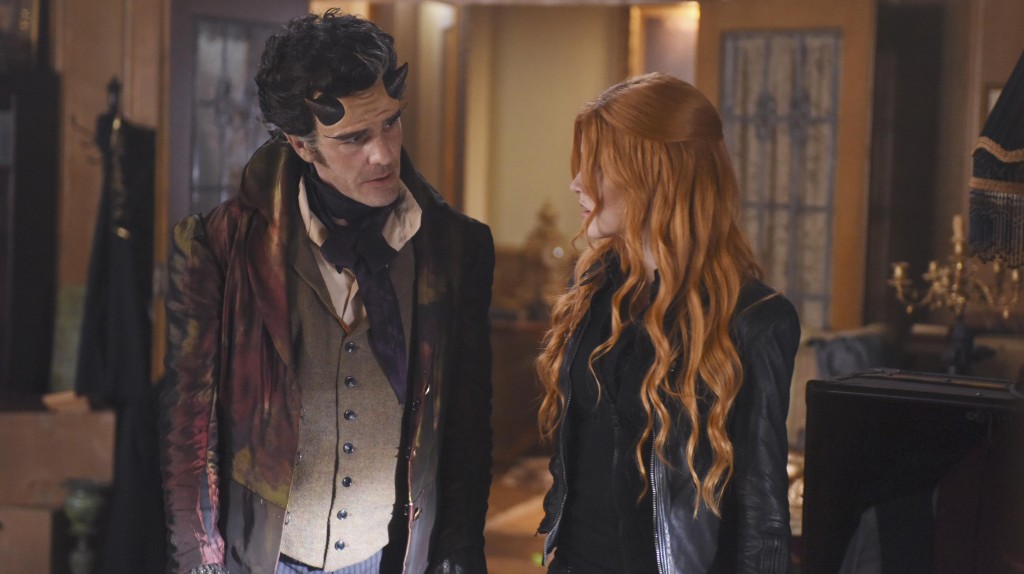 It was a quick brush-over for a character who had a big role to play in setting up the events of the series – he is the warlock who gave Jocelyn the potion that sent her to sleep – and while I appreciated that the Scooby-Doo clue-solving party allowed Clary to actually use her time in the alternate dimension as an actual plot device, overall it felt a bit rushed, and that we probably could have not wasted any time on him at all. And let’s not go down the road of the “mystery” of the mole in the Institute being revealed just twenty minutes later, taking any potential drama and tension straight out of things.

All in all this episode played a big role in pushing the characters’ development (mostly – Isabelle and Simon are very much the same as always), but as a penultimate episode, it didn’t do a lot to add to the high stakes of proceedings that you’d expect going into a series finale.

We have just one episode left now, and while admittedly we are poised for a big Valentine showdown, it has to go out with a bang if it wants to stand out.