A lot of this week’s episode felt like we were taking stock of how far our characters have come since the early days of season one. “They’re not kids anymore,” Abby tells Kane at one point, and I don’t think her words have ever been truer. Gone are the teenagers who were sent down from the Ark to die in season one, and in their place we have soldiers, spies and guilty consciences enough to age every character an extra thirty years, at least.

We open with Clarke in Polis, who continues to be at odds with the Grounder world by maintaining that blood must not have blood is the best practice to live by. Hints of Grounder unrest at this new order are obvious, so much so that Lexa says the spirits of past commanders have told her she is betraying their legacy in her sleep. Clarke insists (again, selfishly) that peace will be the better choice – right up until she demands vengeance from Emerson, the Last Mountain Man, for the deaths of her people. The arrival of Emerson poses Clarke with her own moral dilemma of how to act in the best interests of her people, and it proves difficult for Clarke to practice what she’s begged of Lexa to do by wanting to finish the war the Mountain Men started. 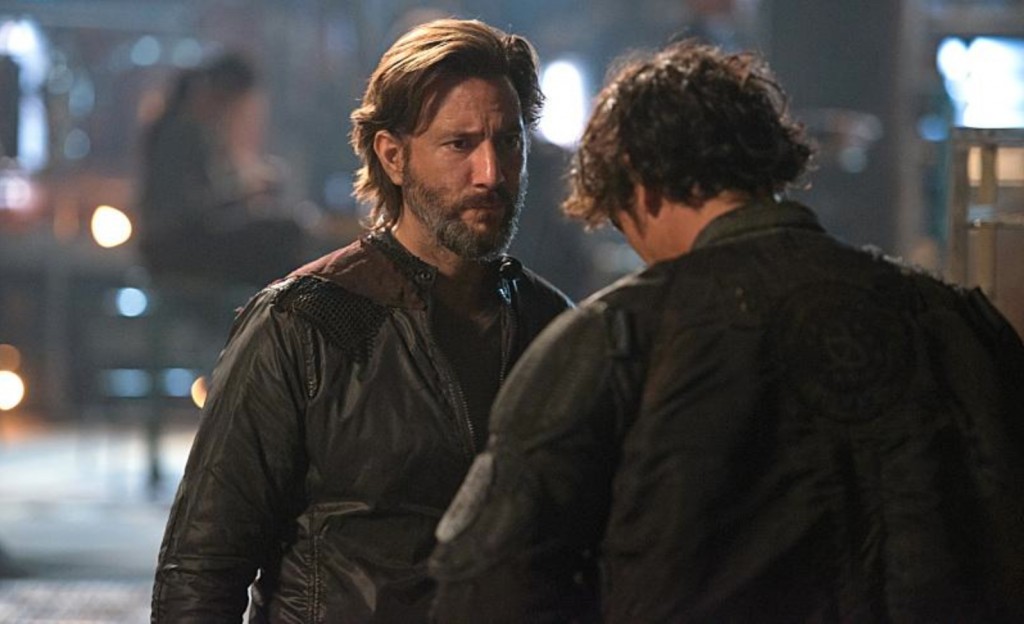 As ever, it all comes down to what these characters believe is right or wrong, and it’s these decisions that can turn people against each other. The divide in Arkadia between Pike’s leadership and Kane’s underground resistance is made clearer here in the splintering of the friendships forged by the original 100 in season one as Monty and Monroe side with Bellamy and Pike, while Octavia and Miller take up active roles in Kane’s group. There’s a clear conflict of interest running through Arkadia, and no one embodies this more than Octavia Blake, who acts against a brother who she believes is on the “wrong side”.

All Octavia is trying to do is stop a war, but in doing so she’s torn between two communities. The Ark never wanted her, seeing her as a waste of resources, so she found a new home on the ground with Lincoln only to have the Grounders reject her for being a Sky Person. The people of Arkadia similarly don’t trust her because she’s a “grounder sympathiser”, and while we could once say that Octavia was a Blake first and foremost, even that unique relationship is on the verge of breaking as the Blake siblings both operate on very different sides in this brewing civil war.

With all these complicated allegiances and moral dilemmas unfolding, it can be easy to overlook Jaha’s City of Light storyline, which still feels so far removed from everything going on around it at times. ‘Bitter Harvest’ started off much the same way, but the sheen of this virtual utopia is beginning to wear off, giving the storyline a lot more relevance. We learn that ALIE is telling Jaha all the right things to say, and that something more is going on when Jaha appears to forget he had a son. More interesting, however, is ALIE beginning to search the Ark database for the second version of her code, linking her history to that of the Sky People, and further deepening the mystery of what she has to do with the Grounders’ “sacred symbol”. 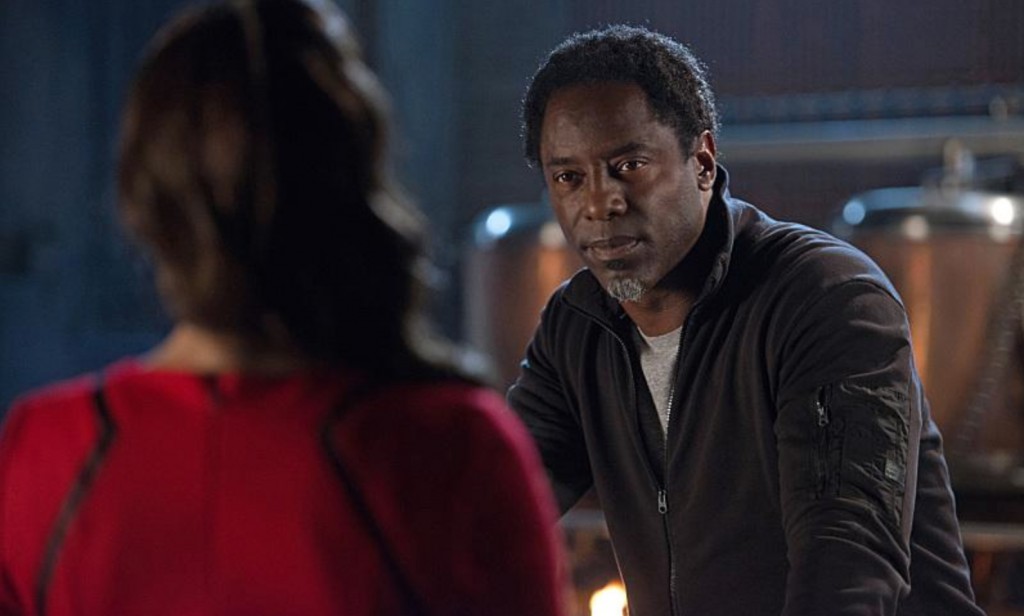 Once again, The 100 manages to compel and intrigue its viewers, provoking debates and rewarding viewers with action-packed sequences and emotionally-charged showdowns, not to mention the loaded consequences of both. But as is proving to be a real sticking point with this season, the show is struggling to maintain its fast-paced legacy and naturally get its characters to where it wants them to be. Bellamy is the poster boy for this: the jump from the leader he’s always been to Pike’s sidekick is still very hard to justify from the little reasoning we’ve overtly seen on the show, and, above everything else, it’s incredibly frustrating to watch.

Despite this though, everything is looking like it’s lining up for something big, and it’s hard not to be excited by the thought. The final revelation of the episode was compellingly told, switching between a tortured Murphy and a plotting Jaha, Raven and ALIE, and it brought together the two most tangential storylines in a very big way.

If ALIE and Jaha get their way, everyone on the ground could soon be living in that new future without violence that Clarke and Lexa are advocating for, but we’ve all seen this show right? There will be violence, and yes, there will be blood. But it’s also pretty much guaranteed to be a hell of a ride.