Well, they did it. Props are definitely in order for Shadowhunters today, as not only was ‘Blood Calls to Blood’ one of the best episodes, if not the best, to date, it also went all guns blazing with the big Jace and Clary reveal. It was bold and it was intense – and best of all it didn’t give us the same dramatic letdown the film did when faced with the same challenge. Instead, it took one of the things that made City of Bones so memorable, and translated it into a truly powerful televisual punch.

After a bit of a false start that made the whole of last week’s episode a very frustrating affair – finally finding Valentine’s Chernobyl lair, only to end up back in New York via another convenient portal two minutes later was a bit of a kick in the teeth – this episode quickly transformed into something it was hard to look away from. Because this time when they came through the portal, they had Jace’s father Michael Wayland in tow – and, as it turns out, that’s only half true. While they did bring back Jace’s dad, he also just so happens to be Valentine, making Jace and Clary brother and sister.

Yep, Clary and Jace are related. A couple of episodes back, Luke told Clary she’d had an older brother who died in the fire with Valentine, but as Valentine didn’t die, it stands to reason that Jocelyn’s first child J.C. didn’t either. Enter Jace, and a whole load of angsty, incredulous, angry feelings that Dominic Sherwood did a fantastic job of portraying. In fact, all of the cast did a phenomenal job this week, and even though he wasn’t on screen for long Alan Van Sprang proved to be as callous and twisted as we could have hoped for in the role of Valentine. 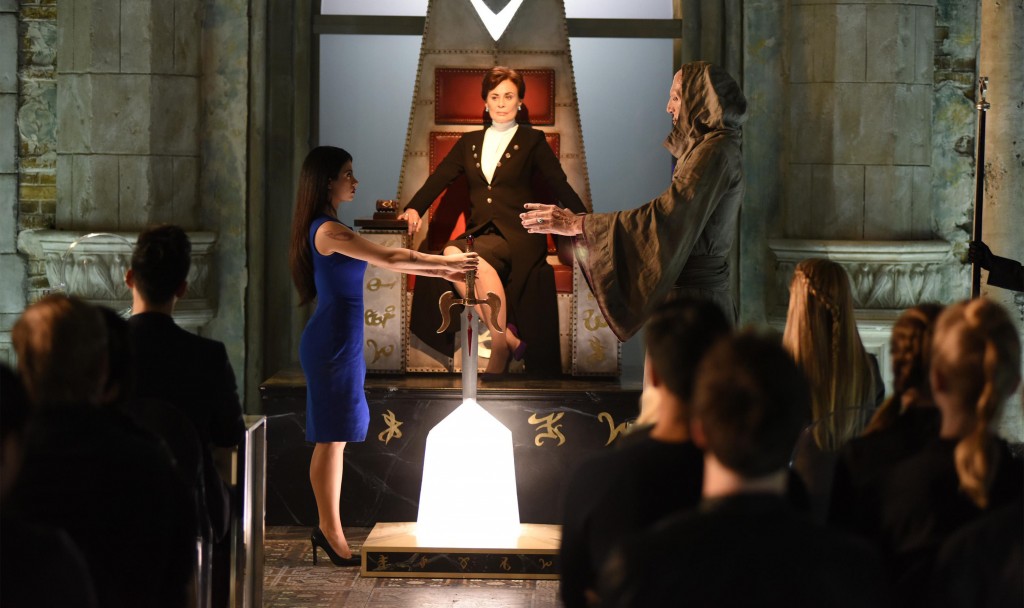 And as Clary and Jace’s world is falling out from underneath them, Alec and Isabelle enlist Magnus to help Izzy fight to live in hers. The trial was interesting, and raised all sorts of issues we can probably expect to be revisited – namely, the question of compassion and loyalty over the Law – but the best part was undoubtedly Magnus and Alec’s developing relationship, and a reaffirmation of family coming first. Alec may not be on Team Jace again just yet, but he is firmly Team Lightwood and that’s good enough for now.

All in all, this was a good, solid episode, with a cleverly misleading title that managed to shake up the very foundations of this Shadowhunters world. If “blood calls to blood” is all about the familial reconnections we saw unfold here – first Jace and Michael, then Alec and Isabelle, Clary and Jocelyn and finally Clary, Jace and Valentine – than it made its biggest implication of also being the reason behind Clary and Jace’s feelings for one another all the more devastating, especially when it followed their earlier discussion of whether or not their relationship is real. 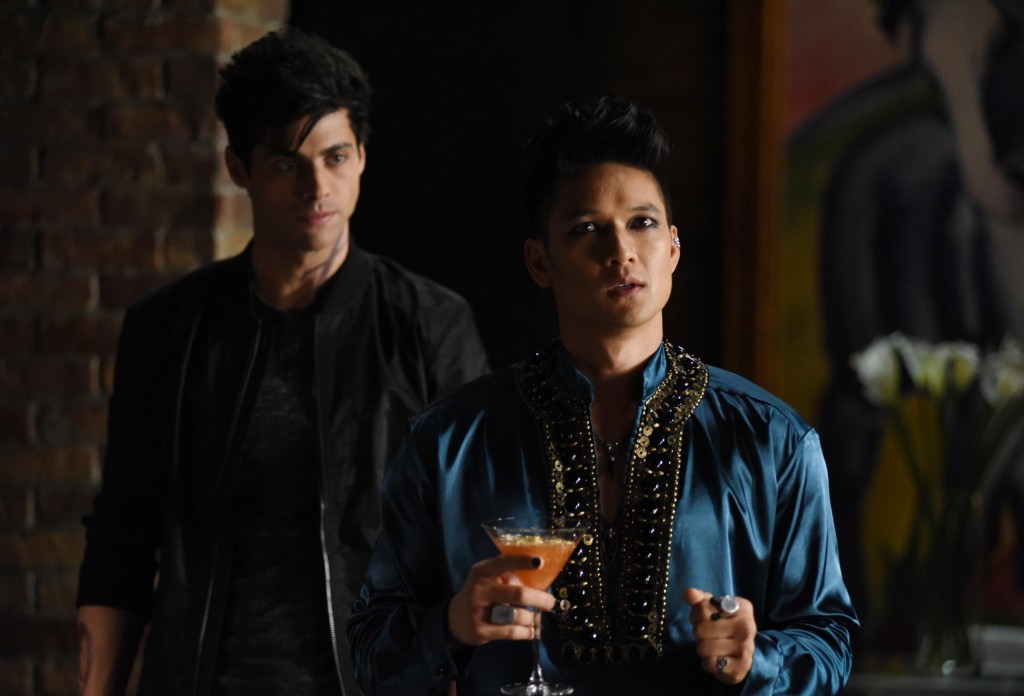 There were still a couple of kinks in the telling, particularly with some of the more on-the-nose comments that took just a bit of the tension out of the proceedings. But overall it was very well-played, and I’m so glad they embraced the book’s telling of this, as well as showing the reveal when they did. I was half expecting this to be our season one finale cliffhanger, so to have it happen with two episodes to go means we can really get into the fallout and give us a chance to go beyond City of Bones and into City of Ashes territory, which hasn’t had much of a chance to be told as of yet in all of these Mortal Instruments adaptations and spinoffs.

‘Blood Calls to Blood’ has left me excited about the episodes – and seasons, if it keeps this up – to come. Leaving this episode as we did with Valentine still at large, Clary, Jace and Jocelyn back at the Institute and Simon, who has very much come into his own since becoming a vampire, feeling a lot more optimistic about his potential future with Clary (you know, now her love interest is her brother) feels very much like the calm before the storm, and I can’t wait to see it unfold.