If you ever had any doubts as to how much thought The 100 puts into its episode titles, let me tell you this: Hakeldama is Aramaic for ‘Field of Blood’, and refers to a place in Jerusalem that’s associated with Judas. With this in mind, it should come as no surprise that ‘Hakeldama’ centred on the aftermath of Pike’s creation of a literal field of blood – and that betrayal dogged every character at almost every corner.

We began the episode with Bellamy, Pike and eight others returning after the slaughter of the Grounder army that had been sent by Lexa to protect the Sky People. This was a massacre, plain and simple. Not a culling on the Ark to save oxygen, not the irradiation of Mount Weather to save their people, but a planned and thorough attack. It’s a side of the Sky People we haven’t seen before. Worse, it’s a side of Bellamy we haven’t see before, which is why we were a little bit cheated when this all took place off-screen. 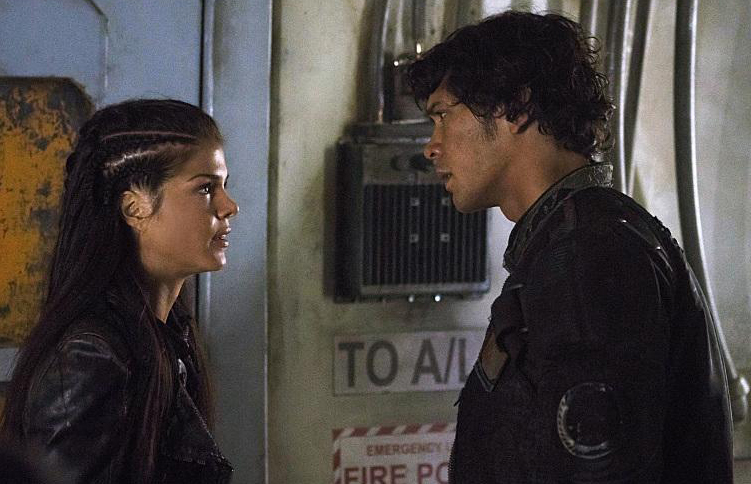 We’re already operating on shaky territory when it comes to Bellamy’s complete about-face in this storyline, so trying to push this massive character change on the back of an event we don’t even witness is a hard sell. We do get to see signs of his remorse after the event, as he tells Pike that they went too far, but his second thoughts are quickly shot down by Pike himself, and just a few scenes later we have Bellamy saying “we did what we had to do” all over again.

His entire scene with Clarke, however, was heartbreaking. They both let go of all their pent-up emotions, and it’s hard not to disagree with Bellamy here, truly showing off the kind of twisted logic this show has down pat. Why does Clarke get to show up and make the decisions? Especially as people do die when Clarke is in charge. How is Bellamy – or Pike – any different here? For Bellamy it always comes back to doing what he thinks is best for his people and, with Pike helping him to reach this conclusion, to him, killing those Grounders was the best action at that moment.

Deciding to kill the 300-strong Grounder army while they were protecting them was an act of war, though, and it sent the message Pike wanted – Skaikru rejects the coalition. Clarke’s return to Lexa with this conclusion, however, also came with the extremely unfair ask not to kill her people for their part in this. It’s a selfish and desperate move from Clarke, but it also goes against 97 years of Grounder tradition. That Lexa decides to go along with it, choosing to end the “circle of violence” and find peace in another way, is admirable, but it also weakens Lexa once again in the eyes of her people. 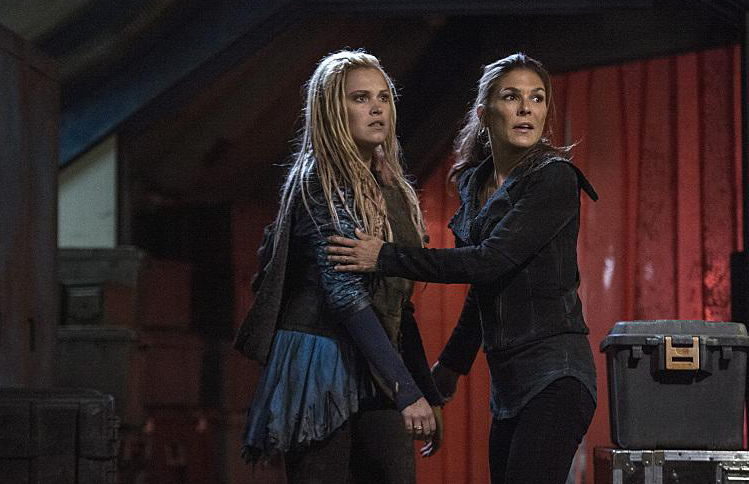 Between all of this, we also catch up with Jaha, who’s ready to start preaching his message of the City of Light in Arkadia, Raven, who continues to suffer with her pain, and Murphy, who’s off with Emori to scavenge and get into trouble as only Murphy can. Jaha claims the City of Light can take Raven’s pain away and, after an episode of cynicism, she gives in and takes the chip – right around the time Grounders find Murphy with his own chip, which happens to be their “sacred symbol”. It looks like these somewhat off-topic storylines are beginning to converge but, most importantly, Lindsey Morgan killed it as Raven this week, so here’s hoping this turn of events will give her more screen time.

This week’s episode had a lot going on, but it also felt like a lot was happening in the wrong places. The 100 has always been fast-paced, but perhaps that’s to its detriment here, particularly when it comes to speeding through the aftermath of a brutal attack that we didn’t even get to see and having the leader of the Grounders decide to change traditions in the blink of an eye after a heartfelt plea. 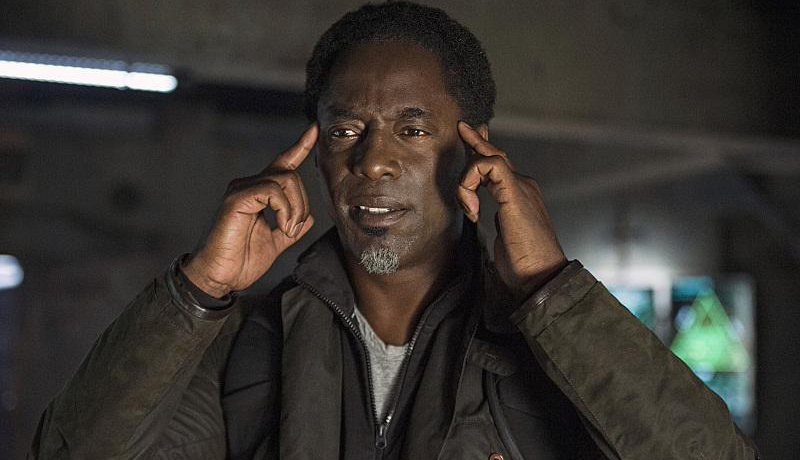 That’s not to say this episode didn’t have its powerful moments. It did, of course, and Octavia Blake was a particular highlight. Her degrading relationship with Bellamy in light of all his recent decisions is coming out strong, but even after he levels some pretty unfair accusations against her – “It is time to stop playing Grounder” – she still can’t bear to look when Clarke shock-lashes him to escape and it’s little powerful moments like this one that makes this show such rewarding viewing.

Overall, ‘Hakeldama’ was a bit of a mixed bag. It remained a sharp episode and the actors continued to give truly incredible performances, but there’s a lot left unsaid, making it difficult to reconcile the actions of the characters on the screen before us today with the characters we’ve grown to know in the past.

The 100 is making a lot of leaps right now – and quite a few of them off-screen – but the fallouts remain as intense as ever.