With a title like ‘Watch the Thrones’, it’s fitting that this week’s episode of The 100 was all about leadership. The question of who holds power and who has the right to challenge that were paralleled between the Grounders in Polis and the Sky People in Arkadia, and essentially what it all boils down to is what Lexa tells Clarke: “They were doing what they believe is right for their people.” The question of who these people are and what the right thing to do is, however, is another matter entirely, and one that really reinforces The 100’s reputation as a show with ambiguous morality.

Power and control are at the heart of almost every part of ‘Watch The Thrones’ and the call for change is very much in the air. To the grounders, Lexa is beginning to seem weak and her ambassadors decide to vote her out of power and issue her with a challenge that will see her fight to the death for her right to rule. It’s a clear criticism of Lexa’s competency, but one she rises to gracefully in order to defend her honour and her right to rule. 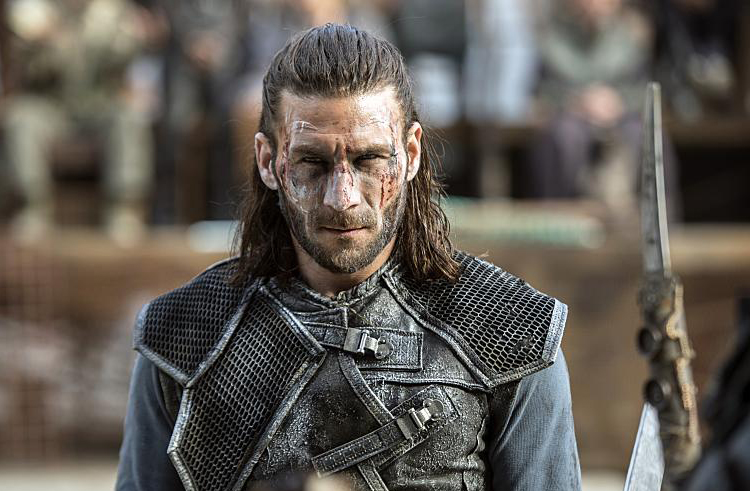 This all builds towards Lexa and Roan’s fight, which was absolutely phenomenal. We already know that Roan can take down Grounders with the best of them, but we’ve not seen Lexa fight yet, and deciding to highlight the extent of her skills at a time when she’s widely perceived as weak among her people was a great decision. Every part of that scene was truly gripping television that had been expertly produced, from the moment they each drew their swords right up until the final spilling of blood.

But while the Grounders’ chants for Heda prove that Lexa has secured her throne, the chants for Pike over in Arkadia suggest trouble for the Sky People as a very different power struggle is at play. Pike uses the loss of the 49 people in Mount Weather as an opportunity to advocate for violent retaliation while Kane and Abby maintain that this is not their war to fight, dismissing the loss as collateral damage and their opinions all come back to their experiences on the ground so far. Pike’s has conditioned him towards the hatred of all Grounders – an opinion that is very dangerous to have when you’re in an influential position – and many of the Sky People look to Pike and his ideals of war to get them through it – including a guilt-ridden Bellamy. 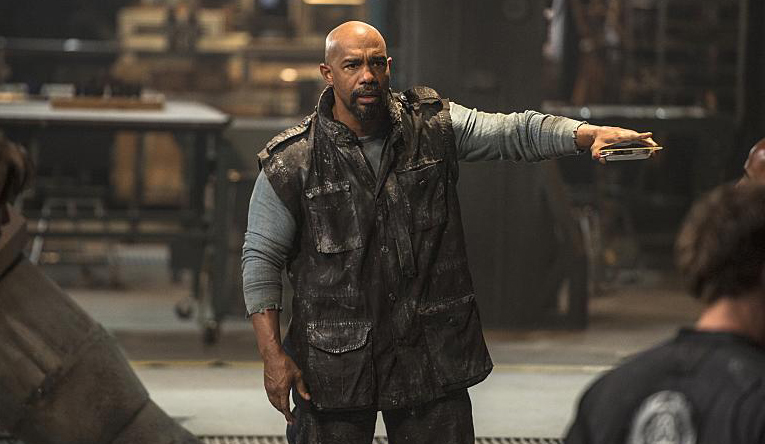 It’s hard to understand Bellamy’s mindset here; we have seen him take on the leadership role so often, so for him to now become one of Pike’s followers is a little disappointing. Bellamy’s guilty conscience has led him to take on the responsibility for all the people who died in Mount Weather, and it’s playing on his sense of self. He’s done this before, back in season one when his actions directly lead to the culling on the Ark, but his guilt then was absolved by Clarke who gave him forgiveness – an absolution he offered back to her at the end of season two – but while Pike is willing now to share the blame with him, he’s not willing to forgive, and is definitely not willing to move forward as partners as Clarke and Bellamy once did.

It’s also important to note that, like Pike, Bellamy’s dealings with the Grounders haven’t been great. Bellamy was in Mount Weather for most of season two when their tentative truce was being brokered and the first he heard of them afterwards was Lexa and her army abandoning them to save her own people. Sure he’s had three months of relative peace since, but the first time he put his trust in another Grounder, she betrayed him. Pike proposes that they will never let their guard down around Grounders again, and you can kind of see how a stance like that would appeal to Bellamy, after everything that’s happened. 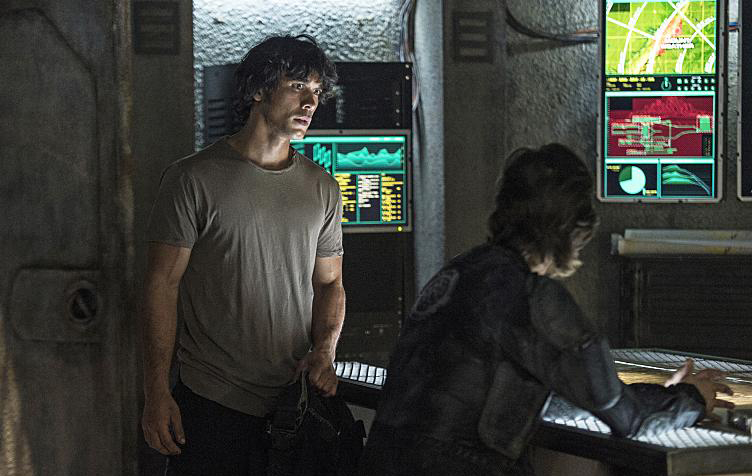 With all this going on, it was good to step outside and revisit the dropship of season one with Monty and Jasper, even if they’re not in the best place at the moment. Jasper is still battling his demons and it’s Monty that takes the brunt of his lashing out. The loss of Finn’s ashes, while a little dark, was a nice reminder that the dead aren’t forgotten on this show, and it managed to get Jasper to the point of feeling something other than pain.

All in all, this was a powerful episode, but one that left a lot of the action off-screen in its attempts to get through it all. With all the time devoted to growing the world of the Grounders, and teasing out Lexa and Clarke’s increasing dependence on each other, Arkadia is getting overlooked and reducing its cast down to supporting characters whose decisions are difficult to get behind. Even Bellamy, a firm fan favourite, suffers as a result, and while his decisions can be sort of justified with a lot of reflection afterwards, during the episode we’re just left feeling a little bewildered by his sudden change of heart.

‘Watch the Thrones’ is another solid effort from The 100 and a firm reminder that nothing in this world is clear-cut.