Ladies and gentleman, this is war. The time for talking is over, and ‘Rise Up’ finally pushed on with the kind of action a lot of this series has been missing – making those few dull weeks almost worth the wait. Downworlder/Shadowhunter tensions are high, relationships are under pressure and allegiances are looking to be made or broken. We’ve hit the tipping point, and thank God we finally got here.

Picking up from last week, we open with Simon, still covered in dirt from clawing his way out of his own grave, and delve straight into the murky world of Downworlder relations. As Clary recruits Luke to help her with Simon’s transition, Jace heads back to the Institute to help an injured Alec only to learn that it’s been taken over by the Clave who are torturing Isabelle’s seelie boyfriend and ready to hunt down Clary to get the Mortal Cup.

Once again, Simon felt like the star in this episode but this week he also brought Clary along with him. Every scene where the two of them were forced to hash out their emotions over Clary’s incredibly selfish choice – his death being “heartbreaking” for her will never be a good enough excuse – was incredible. In fact, it was so good seeing that tension there, and watching these two play off each other, that I wish it hadn’t been resolved quite so quickly. Simon choosing to stay with Raphael and the vampires to help protect his new world, I can understand, forgiving Clary for making that new world his in the first place, not so much. 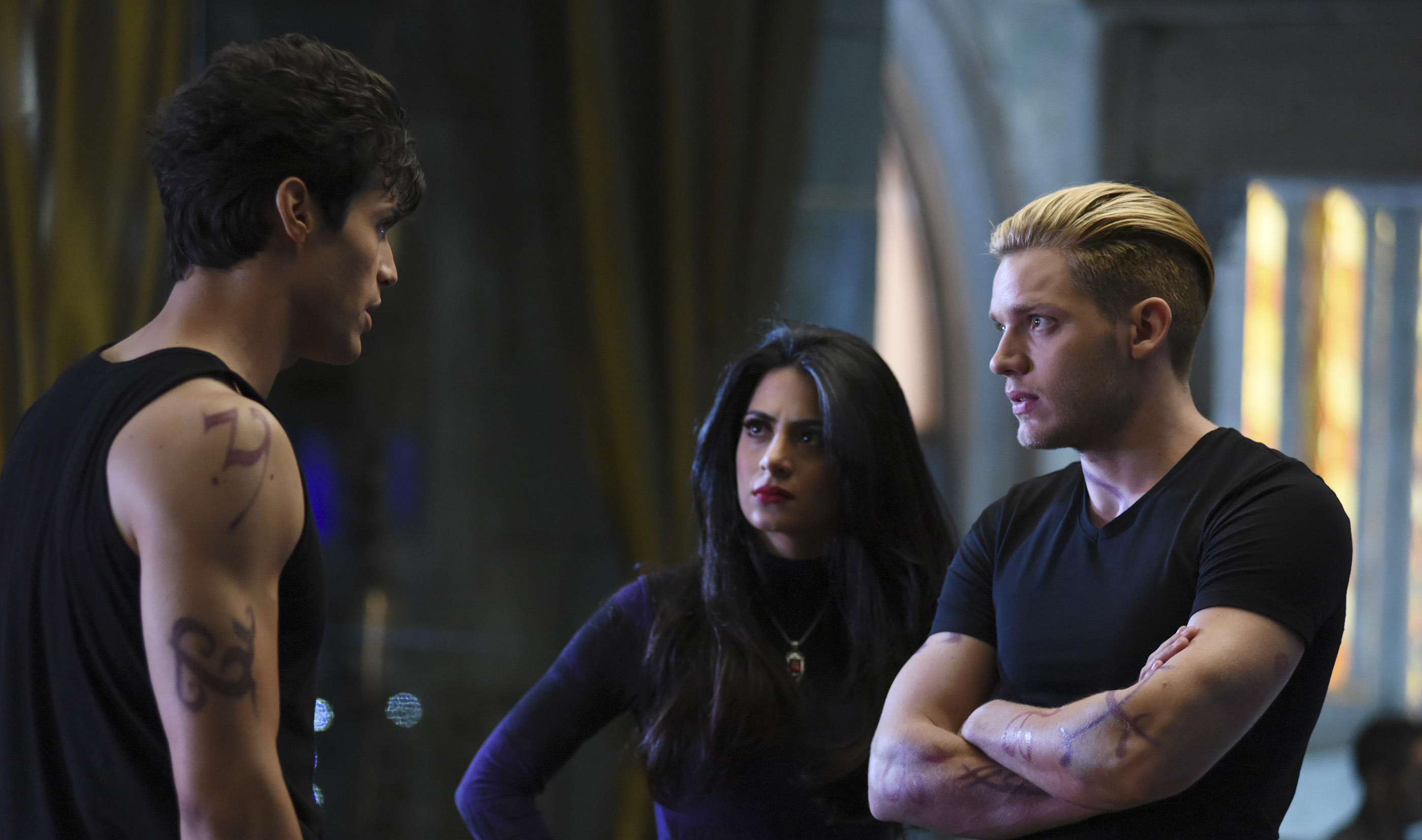 And speaking of terrible decision making, Alec’s whole ‘Save the Lightwood family name, save the world’ kick is leading down quite a dangerous road. Finding out his parents were members of Valentine’s circle has really kicked up Alec’s loyalty to the Clave and that, along with his engagement to Lydia, is coming close to destroying all of his relationships – with Izzy and with Magnus, but none more so than Jace. They’ve found themselves on very different sides of the Clave here, with both wanting to bring down Valentine but disagreeing on how to do it. As Alec said to Jace, “you’ve always broken the rules, but you’ve never broken the Law”, and that’s a line that Alec Lightwood isn’t willing to cross right now.

Their showdown came amid the Downworlders banding together to save the seelie Meliorn from the City of Bones, for no real reason other than the fact that Isabelle disagrees with taking him there, and the Silent Brothers’ form of interrogation may kill him. That entire leap from one seelie’s life being important enough to gather the vampires, werewolves and three teen shadowhunters in a rescue attempt felt a little stretched, and even Clary’s whole “we’re a new generation of shadowhunters/we’re all Downworlders now” speeches weren’t enough of a justification for me.

But it did lead to Jace and Alec’s confrontation – a kick-ass action scene, and a huge developmental step for both of these characters – and set the ball rolling for the final few episodes in the light of Jace and Clary’s treasonous actions, the Downworlders fighting back and the tease of the big Valentine reveal. It also, as a side note, gave us the best insult exchange between a vampire and a werewolf I think any of us have ever seen – “Stay. Good Dog.” “Bite Me.” “Roll Over.” “Play Dead.” All of us were Simon in that moment – “BOOM.” 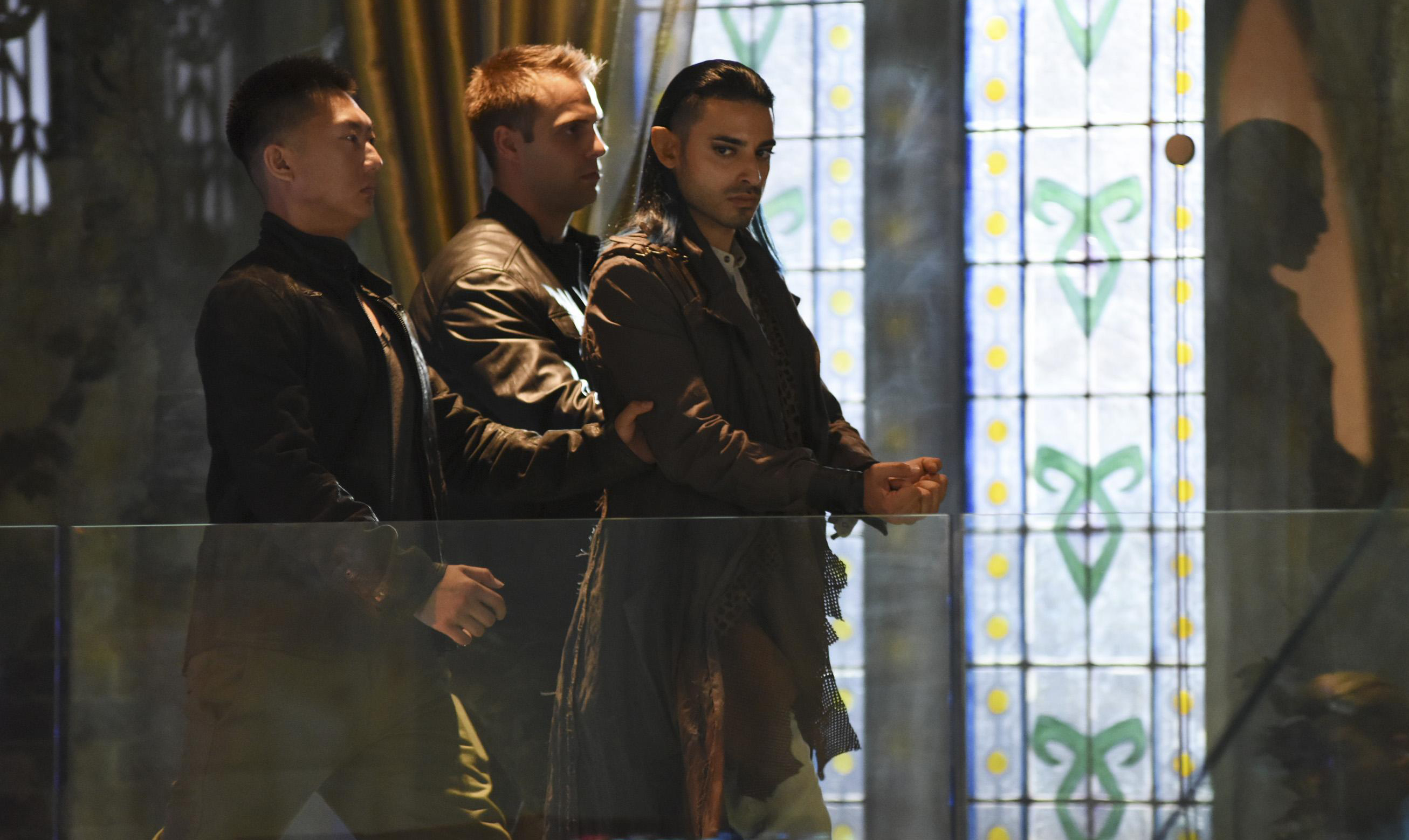 ‘Rise Up’ brought many of Shadowhunters’ storylines to a head and finally forced them to confront and play off each other. There was no thinly veiled plot misdirection and definitely no flashbacks, just plot and resolution breeding more plot and less resolution to create a layered web of conflict, loyalty and betrayal. The lack of exposition is refreshing, but what’s better is that Shadowhunters is beginning to give their audience more credit, and this episode feels like a reward for sticking with it.

The episode was by no means perfect, but it did go a long way towards correcting a lot of the wrongs of the previous episodes, and our payoff as audience members was a plot-driven, well-executed episode that feels like it’s set up all the pieces in play, ready to push them over the edge in the weeks to come.