If you needed proof that we were heading towards the season finale, ‘Join or Die’ is it. It was The 100 at its best, being both bold and brutal as the dominant threat amps up its presence. Everything from the blood running in the streets of Polis, the frantic search for Luna and the Ark flashbacks making it incredibly clear how much has changed in such a short span of time, all contributed towards this becoming one incredible wild ride of an episode.

And all starts off with that ongoing debate of which is the bigger threat: Grounders or ALIE? It’s ironic that after being handed over to the Grounders, Pike is marched straight into the Grounder hell he has always pictured (complete with rivers of blood while people are being tortured and crucified in full view) and it’s all ALIE’s doing. It’s the most primitive, savage depiction of a society you can think of, and it all comes from the one threat that Pike didn’t try to control when he was Chancellor.

Not that particular smug piece of knowledge makes watching what ALIE and Jaha are up to any easier. As glad as I am that Kane managed to see through Abby’s chipped state, watching his crucifixion was tough, and seeing him take the chip to save Abby was genuinely heartbreaking. “This is unity,” we’re told repeatedly, but between Kane up on the cross, and Pike being thrown into the prison with Murphy and subjected to torture by Indra (who is completely justified in wanting revenge for the massacre of her people), all the comparisons that have been made to the City of Light being like a religious cult were really pulled into focus here, and life on the ground seems as fractured as ever. 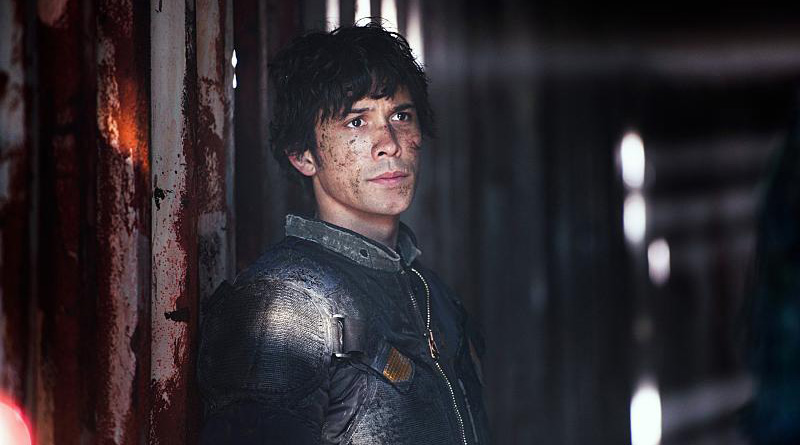 Just like with the Blake siblings, where Bellamy is tired of fighting with Octavia and Octavia is hanging on to her anger a little too long for comfort. She is allowed to be angry, grief stricken and in mourning, of course she is – but I don’t want her anger to strip her character of her nuances, which it is in danger of doing. Octavia is quickly become one-note with fighting and anger being all she knows, but moving on in her relationship with Bellamy, in whatever direction, will hopefully stop that in its tracks, and I hope it happens soon.

But, ever the big brother, Bellamy tries to justify this anger, saying that forgiveness is hard for the Blakes – which also explains away some of Bellamy’s standoffishness towards Clarke this season after she left him, for three months, to pick up the pieces and the fallout of their shared massacre. This entire scene was so important for Bellamy and Clarke, giving them both someone to talk to and to share their burdens with when they don’t always get the chance to. These two are the leaders, and they’ve always been there to forgive the other for what they’ve done when no one else will, but both of them have gone a whole season without that absolution, whether they deserved it or not, and living with that amount of guilt is no way to survive.

It’s a far cry from their relationship when they first landed on the ground six months ago – and can you believe it’s only been six months?! The Ark flashbacks were an unexpected plot line for this week, but a welcome one. Seeing Kane, Abby, Jaha and Pike in their Ark personas is a great testament to just how much being on the ground has changed these characters, while the carefree scenes of early delinquents – Miller with his beanie! Jasper with his goggles! – were just plain fun, and we don’t see too much of that on this show, so enjoy it while it’s there folks. 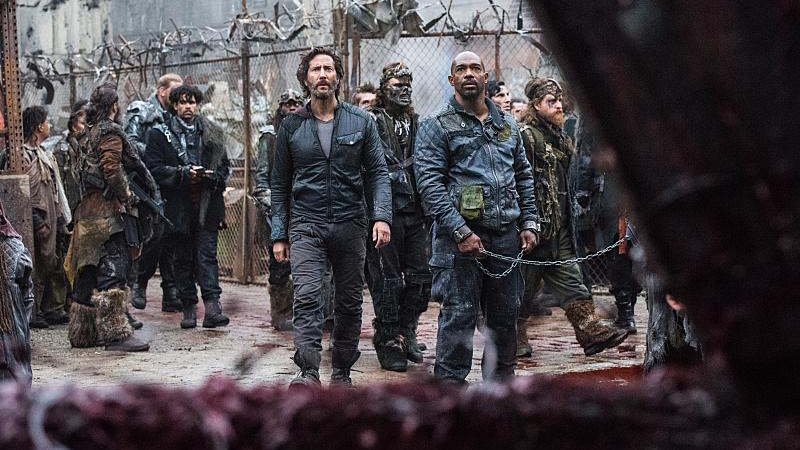 But, in what turns out to be perhaps the most prophetic lesson in his whole teaching career, Pike, who has been recruited to re-teach Earth Skills to the delinquents to try and help them on the ground, resorts to violence in his desperation to make these kids learn that they’ll need to fight to survive, and it’s a lesson Pike would quickly come to adopt himself.

Because the key to surviving on the ground is to keep fighting at all costs, against all odds, and no one can accuse these characters of doing anything else. Reliving the launch of the dropship was brilliantly done – even if it was the re-imagined Imagine Dragons cover over those pilot flashbacks that really sold the scene – and by the end of the episode, we’ve found Luna the last nightblood and learn she refuses to accept the Flame, we see Pike the poster boy for Grounder hating teaming up with the Grounders, and we have Bellamy, Clarke, Jasper and Octavia stranded on an oil rig, a world away from what they know… Again.

Welcome to the new age.

We wouldn’t expect anything less from The 100, though, and ‘Join or Die’ was a fantastic example of everything that makes this show so great.