It may have taken us 11 episodes to get there, but ‘Nevermore’ finally brought all of our original favourites back together in one place, forcing them to clear the air and confront some of their demons, thanks to an ALIE-possessed Raven. And in amongst the harsh truths of last night’s episode was a line that summed up the entire series in one neat swoop: “I’m not sure about anything. But this is our only choice.”

Clarke has been running from most of her decisions since the end of season two when she left Bellamy to look after everyone after the Mount Weather irradiation. Since then, she’s been on walkabout, hidden in Polis and has actively avoided going back to Arkadia unless it was absolutely necessary, but this week a lot of those choices came back to haunt her, especially when it came to Jasper. We know Jasper hasn’t been great at dealing with his emotions this season, but his lashing out at everyone brought a lot of those feelings straight back into the spotlight – his hurt, his blame, his anger, and even his feelings of futility that he didn’t get to save everyone the way he wanted to – and Clarke got the confrontation she’d been avoiding. 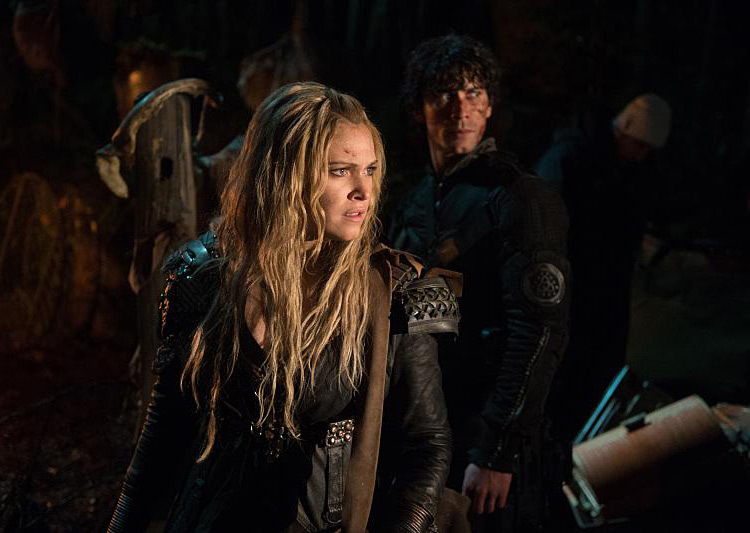 It was a big moment for Clarke as she admitted once again that she wished she could have made a different choice, and a much-needed step forward for Jasper, who finally admitted that he couldn’t have done what Clarke did. But however hurtful his digs might have been for everyone to hear, they were nothing in comparison to ALIE’s innate ability to get under your skin and pinpoint the very worst traits of your character – made all the worse with the fact it came from Raven’s mouth. “Everywhere you go death follows,” she snarled at Clarke, blaming her for Mount Weather, Wells, Finn, Lexa (on a lucky guess) and her dad. “You’re the one we need saving from.”

And even after Bellamy swooped in to diffuse the situation and offered to let her beat him up for a bit instead, ALIE/Raven didn’t let up, throwing all of the deaths he’s responsible for back at him too. The massacre, the culling, his mom (because he had to take Octavia to the dance), every bad decision these characters have ever made whatever the reason were remembered and dissected in brutal, unforgiving detail to come to the well-known conclusion that in this world no one can completely be “a good guy”. 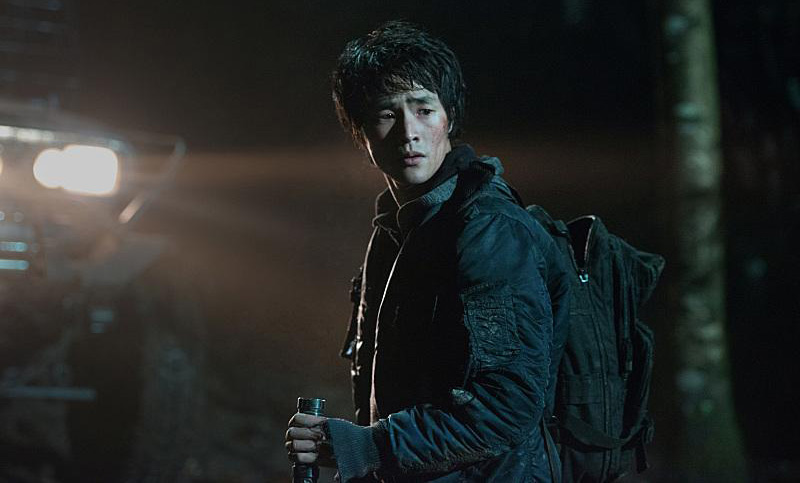 Even Monty, who has always been the delinquent who’s least likely to pick up a weapon, was forced to kill another person this week in protection of his people – and not a strange, violent Grounder either. Monty was forced to do something no one should ever have to do when he picked up a gun and shot his chipped mother to save Octavia. Hannah has never been the best or the most fleshed-out of characters, but Monty loved her, in spite of her betrayals and her unwavering support of Pike. Taking such drastic actions to save Octavia, one of the 100 and, as we can say without a doubt now, his family, was another big bold choice that came down squarely in the morally-grey area this show specialises in.

‘Nevermore’ was messy and painful, yes, but it was also a necessary hour of catharsis, in the sense it gave all of these characters a chance to finally move forward. Even Raven, as incredible as Lindsey Morgan is in playing the tortured and possessed girl who’ll dislocate her own shoulder in an attempt to escape, emerged from the end of the episode ALIE-free and with the knowledge we need to take her down – which has ALIE, Jaha and their alarmingly well-populated City of Light running scared, hopefully for good reason. 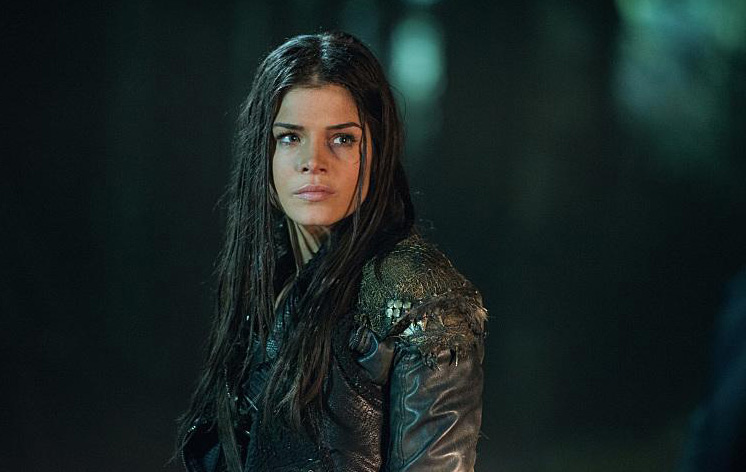 This episode came with a couple of stilted moments – Clarke’s conclusion that ALIE and the Flame of the Commanders are connected based on a few throwaway comments, for one, and Octavia’s continuing to beat down Bellamy with accusations we’ve already heard making her anger less justified and more unduly self-righteous, for another – but ultimately what ‘Nevermore’ came down to was the delinquents doing what they do best and banding together to save one of their own, with Bellamy and Clarke falling perfectly back into tune, as always.

It was a real hark back to the early days, as well as a remembrance of everyone they’ve lost until now and the decisions they made that led them there, but mostly it was an affirmation of what makes The 100 so great: this core group of delinquents on earth and surviving together.