Last week’s episode was always going to be a tough one to beat, but ‘Demons’ was definitely not going down without a fight. Following on from our spy thriller episode a few weeks back, this week took the form of a good old-fashioned horror story, complete with ghost town, one girl left standing and a violent stranger picking them all off one by one.

And in true horror story fashion, the episode opened with Harper, Miller and Bryan telling ghost stories over a campfire and behaving somewhat like typical teenagers again. It set the mood perfectly, drawing us straight into the mystery about to unfold and, best of all, gave the secondary characters a moment in the spotlight – one which Chelsey Reist and Jarod Joseph embraced for all its worth.

But that was just the beginning. What ‘Demons’ did more than anything else was test the moral resilience of these characters in the light of last week’s revelations. Monty’s still torn up with guilt over killing his mother now he has the knowledge that anyone who’s been chipped can theoretically come back from it, Octavia is still raging over the hurt of Lincoln’s death, and Clarke and Bellamy are still battling with the pain and guilt their own actions has brought both them and others. 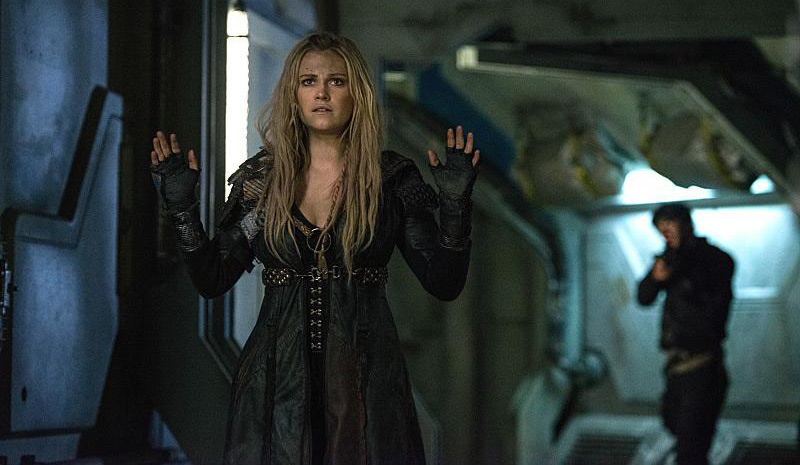 So, with each of the characters battling their own monsters, the past comes back to haunt them in a very real, very threatening way, but none more so than Clarke. Emerson was a bit of a loose end, so his reveal wasn’t as much of a surprise as it was forced into the season’s narrative, but that doesn’t make his actions any less significant. Forcing Clarke to watch as her friends suffocated was brutal and making her beg to save them was an extra, heartbreaking punch to the gut – just like the look Bellamy and Octavia shared thinking they were about to die with so much left unresolved between them.

As difficult as those scenes were, there’s nothing like facing your mortality to really put things into perspective. Octavia’s anger at Lincoln’s death was threatening to destroy her compassion, living as she was by Indra’s mantra of “a warrior doesn’t mourn the dead until the war is over”, until Bellamy brought his body back at the end of the episode and allowed her to actually stop and grieve for once, which was well overdue. Likewise with Bellamy and Clarke actually having someone to confide in. If anything was made clear here it’s that these two make better decisions together, and even a hasty plan that was always going to fail the second Bellamy saw Octavia threatened was better than Clarke barging into a hostile situation all by herself.

But if the main story didn’t hit its mark, the Polis story missed it entirely. Its whole reason for being in this episode at all was simply to show that Jaha had made it to the Grounder capital and naive, power-hungry Ontari was easily manipulated into taking the chip and handing over control to ALIE. 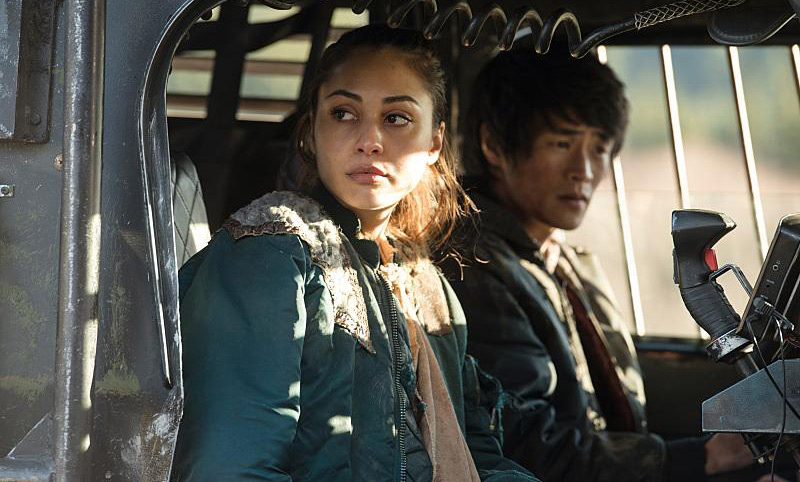 ‘Demons‘ put on a decent show, but it was a bit of a let down compared to last week’s phenomenal effort. Even so, it did still managed to pack some major emotional punches. Sinclair’s death in particular was unexpectedly tragic, especially as he continued trying to protect Raven with his last breaths, only to live just long enough to see her captured, and it made his and Lincoln’s joint funeral a poignant and necessary moment – the delinquents needed to take that moment to pause and mourn everyone they’ve lost.

Still, with all the heightened sci-fi AI drama going on, it was nice to strip the majority of the story back to relative basics for one episode. It was a very cool episode stylistically, knowingly playing on horror story tropes like following the creepy music to create some hauntingly brilliant scenes. And Emerson’s return, short and traumatic though it was, did drive home the point that the Flame can definitely not be used on anyone who isn’t a Nightbleeder, making the need to get to Luna all the more pressing.

So, we can only go onwards and upwards in the final four episodes. The stakes are higher, the risks more dangerous and the relationships more tense than we’ve ever seen them before, so all signs can only be pointing towards an explosive build up to the finale.